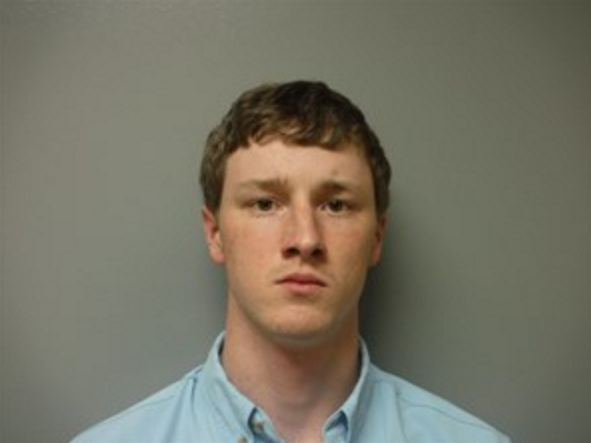 JONESBORO -- Authorities arrested a Lonoke man Friday in the sexual assault of a 19-year-old woman at a fraternity party at Arkansas State University at Jonesboro.

James K. Chambless, 20, has been charged with rape and aggravated assault, according to a probable cause affidavit filed in Craighead County District Court in Jonesboro.

ASU spokesman Bill Smith said Chambless, an ASU student, was being held Friday in the Craighead County jail in Jonesboro. A probable cause hearing for Chambless is scheduled for Tuesday in Craighead County District Court.

According to the arrest affidavit, the woman said she went to a party Feb. 9 at the Alpha Gamma Rho fraternity house at 3405 Aggie Road on the ASU campus. She told police that she went into a bedroom to get her cellphone and Chambless followed her.

The woman told police that Chambless kissed her but then began "going too far" and that she told him to stop. She said Chambless grabbed her around the neck, choked her and pushed her onto a bed. Chambless left the room after having sex with her, according to the arrest affidavit written by ASU University Police Sgt. Brian Shelton.

A witness told police that she went to the fraternity house to pick up the 19-year-old woman and saw Chambless. She said he appeared to be intoxicated and "possibly under the influence of something."

The witness, when describing Chambless' demeanor, told police that "James was not on planet Earth," Shelton wrote in the affidavit.

The woman reported the assault to police Thursday after she went to a doctor because of injuries to her neck. Medical personnel noted bruising on the left side of the woman's neck, "which would correspond with strangling," Shelton wrote in the affidavit.

Chambless admitted to police Thursday that he had sex with the woman but said it was consensual. He said the two were intoxicated and "things got carried away," Shelton said in the affidavit.

"[Chambless] also stated that she may have said 'no,' but she didn't say 'NO!' and no force was used," Shelton wrote.

Chambless told police that the two have known each other for more than a year.

Smith said the ASU-Jonesboro Student Conduct Board will review the report to determine if any disciplinary action should be taken against the fraternity.

"It's still in the process," Smith said. "They just received this information today."