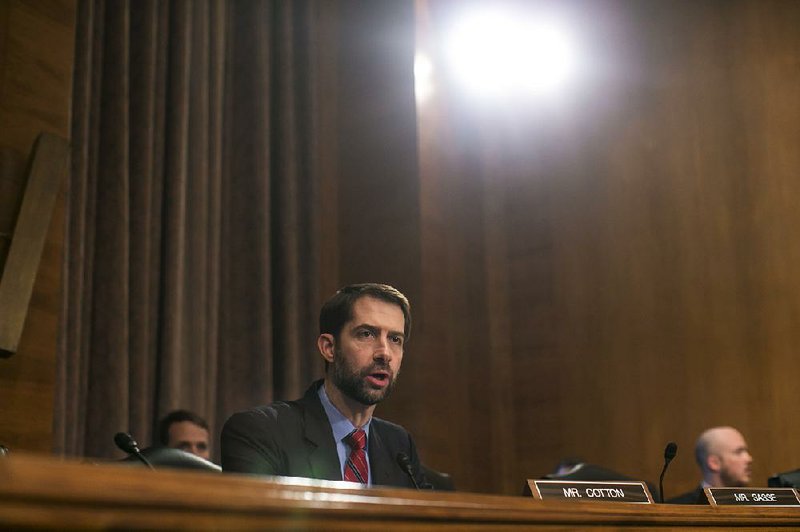 Sen. Tom Cotton said Monday afternoon that a venue location has been set for a midweek town hall in Northwest Arkansas.

The town hall, which was originally set for Springdale and later moved to Bentonville, has returned to Springdale, according to a news release.

The event is now scheduled for 5 p.m. Wednesday at the Pat Walker Performing Arts Center on the campus of Springdale High School.

Cotton had promised to hold a town hall for constituents after protests at his Springdale office earlier this month, the Arkansas Democrat-Gazette previously reported.

Sunday night, Cotton wrote on Facebook that his town hall would take place at the Arend Arts Center in Bentonville and that it had been moved “to accommodate as many Arkansans as possible.”

On Monday, the district said the town hall would not be held at the Arend Arts Center because it had insufficient time to prepare for the event.

“It is the responsibility of Bentonville Public Schools to ensure the safety of students, staff, families, and visitors when in District facilities,” the release said. “After consulting with law enforcement, we determined that we would not be able to safely accommodate the number of people expected at this event and informed Senator Cotton’s office today.”

Cotton said that he appreciated the patience of constituents throughout the venue change process.

"I'm grateful the Springdale School Board has made their larger facility available, and I want to encourage as many Arkansans as possible to come to what should be an engaging and informative event," he said in a statement.

A Facebook event for the meeting lists 1,198 people as planning to attend the town hall.

The Arend Arts Center seats 1,190 people, according to the Bentonville School District website. The seating capacity for the Pat Walker Performing Arts Center was not immediately known.