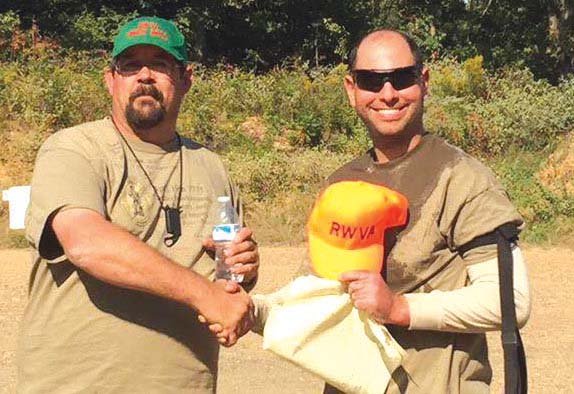 BALD KNOB — (Editor's note: The original story had an incorrect date for the Revolution. It has been updated to reflect the right year.)

For two days, marksmen of all levels will gather to learn marksmanship skills and the stories of those from 240 years ago.

Project Appleseed, a two-day event that teaches traditional marksmanship skills and the history of the American Revolution, will take place Saturday and Sunday at VETS Shooting Center in Bald Knob, 780 Rio Vista Road. Project Appleseed-Arkansas is a state affiliate of the nationwide nonprofit, which is a part of the Revolutionary War Veterans Association.

“Our mission is truly to make people care about their country again and to teach them the safety and skills that have long been forgotten,” said Tom Wall, shoot boss and coordinator for Project Appleseed-Arkansas.

The workshop, which is eight hours a day, is taught with a building-blocks style, Wall said. It begins with a safety briefing and goes into various shooting positions, while using all information learned earlier in the day. The second day of the workshop is for shooting at D-targets that are at least 100 yards away and up to 400 yards away.

Kyle Love of Cabot, a Project Appleseed instructor, said instructors ensure that the event is safe and that participants improve their techniques and accuracy.

“Safety is the utmost concern,” Love said. “We definitely want to make sure everyone learns the basic firearm handling. At all times, instructors are watching over the firearms, making sure everyone is doing what they’re supposed to do.”

During breaks and lunches at Project Appleseed, oral history of the events of April 19, 1775, the day the American Revolution began, is shared.

“We tell them basically what happened at Lexington and Concord but then break it down as far as individuals,” Wall said. “What really excites me is to have that 9-year-old kid that could really care less about the history, and I’m telling history at break, and he’s twiddling his thumbs, … and something sparks his interest later in the day. When I see that spark in that kid’s mind, he’s not so quick to go back to shooting. He wants to hear another story. That’s what excites me.”

Though Wall will be eager to share information about the American Revolution — such as that Paul Revere never shouted, “The British are coming!” — Project Appleseed instructors don’t discuss modern politics and remain apolitical. He said it’s important to share the history of the Revolution and how it affected men, women, whites and blacks of all ages because of how stories may have been learned.

“Either they’ve been watered down to make room for other history that’s happened, or they’ve been written in a way to meet someone else’s agenda,” he said.

Project Appleseed is not a “good ol’ boys club” and is open to a variety of ages, Walls said.

“We are friendly to anyone who can safely hold a rifle and can follow instructions,” he said. “If we’ve got a mature 7-year-old and he can listen to the instructions, and he can support his rifle, we’ll allow him there. I’ve had a 7-year-old on the line and an 82-year-old World War II veteran on the line. These are good family events. It’s very common to see a father-daughter show up at an event or a mother and her two sons.”

Love said the fellowship among participants is amazing.

“Whether they’re just out there to go hunt in the woods, or they’re really looking to develop those skills for competition, or they just want to learn a little history about how America came to be — get out there, have some fun, and really learn how to safely handle your firearms,” Love said.

The Project Appleseed registration fee is $60 for adults and $20 for those younger than 18 and active military and law enforcement personnel. Those who participate should bring about 300 rounds of ammunition, padded material to lie on and a rifle, though instructors may have a rifle to lend. The registration includes a T-shirt and take-home materials.

“It’s a very comfortable, family atmosphere, and there’s no biases,” Wall said. “I don’t care what age, race, color, skill level — you’re going to be made comfortable at an Appleseed event.”

To register or for more information, visit appleseedinfo.org.