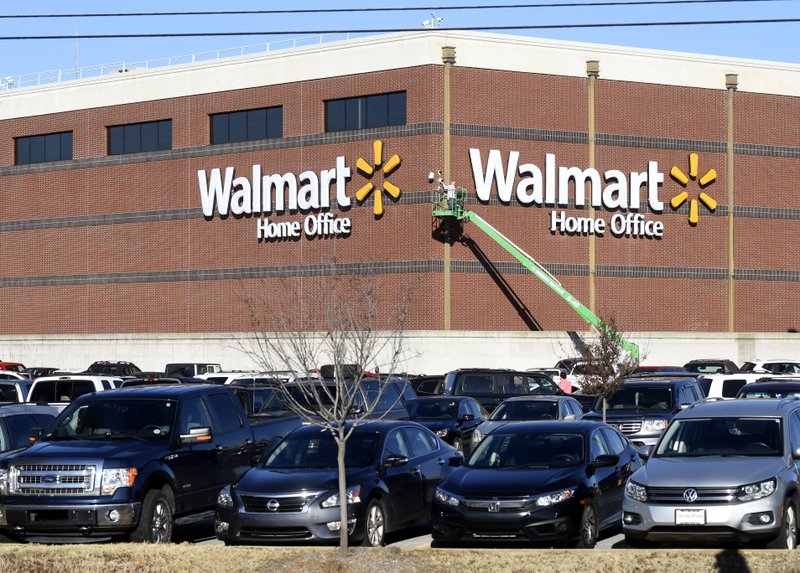 The Wal-Mart home office in Bentonville is pictured in this January 2017 file photo.

Wal-Mart Stores Inc. has started laying off employees at the corporate level, following up on previously revealed plans to eliminate positions to help control costs and improve efficiency.

Multiple sources confirmed a round of cuts took place Friday at the company's home office in Bentonville. Wal-Mart did not confirm the exact number of layoffs or affected departments, but the company expects to eliminate about 1,000 corporate positions nationwide before the end of the retailer's fiscal year on Jan. 31. Not all of the eliminated positions will come from the home office in Bentonville.

"Walmart is in a period of investment to better serve customers," Wal-Mart spokesman Greg Hitt said in a statement Friday. "To do that, we continue to find ways to operate more efficiently and effectively, true to our cost-conscious heritage. We're getting great feedback from our customers about the changes underway and plan to be aggressive going forward to serve them even better."

The cuts came three days after Wal-Mart touted plans to create 10,000 jobs this year through the previously announced opening of 59 stores, other store expansions and remodeling and new e-commerce services. Economists said earlier this week that it's not unusual for a company as large as Wal-Mart -- which has about 1.5 million employees nationwide -- to hire workers in one area and eliminate other positions at the same time as it restructures operations.

Employees who wished not to be named said Friday's cuts were "companywide," but that some of the departments affected were children's apparel, replenishment and human resources. The technology and e-commerce divisions are expected to be affected by cuts as well before the end of the month.

An executive familiar with the situation said any displaced employee would get up to 60 days of pay as they look for new jobs and also will receive the year-end bonus. There will be outplacement services, resume and skill training, and counseling through an employee-assistance program. If displaced employees haven't found work after that 60-day period, they'll be offered severance packages based on their length of service with the company.

The cuts come one week after Wal-Mart announced a restructuring across its e-commerce and technology divisions, which was the result of the company's efforts to "become a digital enterprise and be enabled by a greater degree of technology," as Chief Executive Officer Doug McMillon said in an internal memo. McMillon also said in the memo the retailer had to change inside to deliver the changes it wants customers to see on the outside.

"From time to time, you'll see the company eliminate positions in an effort to stay lean and fast," McMillon said.

"These are hard choices. We care about our friends and colleagues and will do our best to handle these transitions smoothly and always with respect," McMillon added.

Wal-Mart acquired Jet.com for $3.3 billion in the summer. Sources suggested some of the cuts were a result of the integration of the two companies and also may have affected employees at Walmart.com in California.

Wal-Mart's recent investments in personnel, store improvements and e-commerce have had an effect on earnings. The company said in October during an annual meeting with investors that those earnings were expected to be flat in fiscal 2018 compared with fiscal 2017.

Wal-Mart also said during the meeting that it plans for $11 billion in capital expenditures during fiscal 2018 and that more of it would go toward strengthening its e-commerce business instead of new store openings.

"We must grow this company for Wal-Mart to have a future, but we need to do it in an efficient way," McMillon said in October. "It's not a growth-at-all-cost mindset. We need to manage expenses better, which includes changing how we do work inside the company."

Some of the effect was felt Friday in Bentonville. Dana Davis, president of the Bentonville/Bella Vista Chamber of Commerce, said he knows people who have been affected by the job cuts. But Davis said he also supports Wal-Mart's efforts to make sure the company operates in a way that allows it to be successful and create jobs in the future.