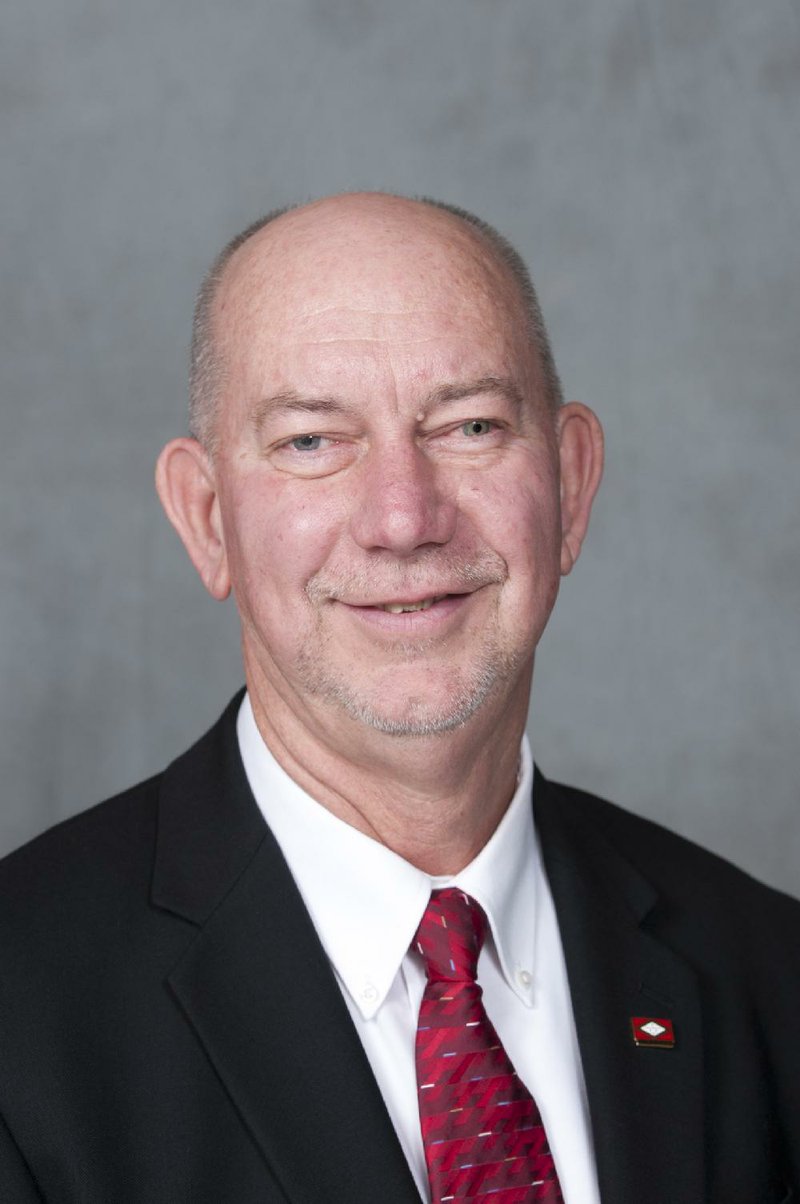 Parents would be given the power to spend education funds set aside for their children as they see fit under a proposal that supporters say is far more expansive than a private school voucher program.

House Bill 1222 would establish "education savings accounts" for students; the accounts would be managed by nonprofit organizations. Funding would come from diverted income tax payments. Parents would be able to use the funds under a dozen categories, including for tuition and fees at nonpublic schools, as well as for books, tutoring, transportation and college.

Parents would be able to draw $6,712.50 per child in fiscal 2018. If the program were fully funded, about 1,500 children selected by lottery could participate in the first year.

Rep. Jim Dotson, R-Bentonville, who is sponsoring the bill, said it could be a model for the rest of the nation.

"The educational savings account model is something that really allows parents to tailor educational services to their specific child's needs and give them the flexibility to pay for needs that are outside of tuition," he said.

But opponents say the program would lack accountability and rob public schools of funds that are already scarce.

"The constitution says the state is responsible for providing an adequate and equitable public education," said Sen. Uvalde Lindsey, D-Fayetteville. State payments "for private schools, charter schools, whatever are, to me, contrary to the explicit direction of what the state should be doing."

Of those, Nevada has the most expansive law, said Katie Clifford, executive director of The Reform Alliance, an Arkansas organization that advocates for school choice. The Nevada Legislature passed a measure making the funding available to all school students.

But the Nevada Supreme Court ruled the state could not pay for the accounts using money intended for public schools.

That "undermines the constitutional mandates" to fund public education, the court said.

Dotson's bill would set up a different funding system -- the money would not come directly from state education funding.

Under HB1222, individual and corporate taxpayers could effectively choose to divert their income tax dollars to a nonprofit organization tasked with administering the education account program. A taxpayer would donate to the nonprofit, then receive a tax credit in that amount from the state.

In addition to the tax credit, the donation would count as a charitable contribution, allowing a taxpayer to claim a federal deduction. The state tax credits are limited to $10 million in total for the program in the first year, but the amount could grow each year thereafter.

The setup is in part to ensure that the educational savings account program is constitutionally sound, Dotson said.

"Legally, we should be safe if we did directly have the state contribution, but it would potentially open us up to court challenge," Dotson said. "The tax credit concept has proven constitutional all the way up to the United States Supreme Court." 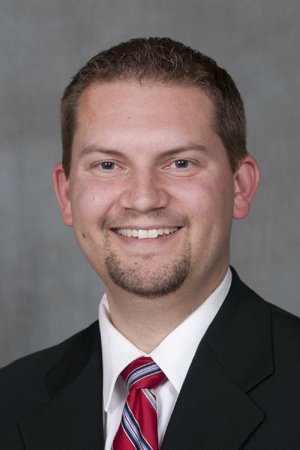 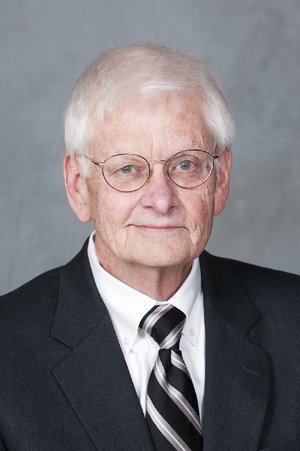 The calendar of public events of the 91st General Assembly for today, the 15th day of the 2017 regular session.

The Walton Family Foundation, a philanthropic group run by the family that founded the Arkansas-based retailer Wal-Mart Stores Inc., has supported charter schools and other school-choice initiatives around the country.

Dotson -- whose district includes Wal-Mart's home office in Bentonville -- said he had not been in "direct" talks with Wal-Mart, but that he hoped the company would participate in the program.

Wal-Mart did not return a reporter's request for comment.

HB1222 would place a priority on children from low-income families, Dotson said.

To fill available spots, the program in the first year would establish a lottery that guarantees proportional participation for students who receive free or reduced-price lunch.

About 61 percent of Arkansas students receive free or reduced-price lunch, and those students would comprise 61 percent of lottery winners. An exception would be if not enough students from low-income families applied to fill available slots.

After the first year, available slots would first go to students enrolled in the program, then to siblings of those students, then to students on a waiting list, and finally to students through the weighted lottery.

On the waiting list, there would be no preference given to students from low-income families. Those students would be considered before those in the weighted lottery.

"You don't want to punish children who might be on the waiting list, looking for something like this, because they didn't happen to win the lottery on a given year," Dotson said.

If the measure were enacted and all available slots were taken, the available tax credits for the program would grow at 10 percent per year.

Clifford, of The Reform Alliance, said the bill is a "great opportunity" for parents who want to direct their children's education.

"It's like a health savings account, but for education," she said. Education savings accounts "are one of the newer types of school choice in the country."

Asked if Republican Gov. Asa Hutchinson supports the bill, J.R. Davis, a spokesman, said the governor is "still monitoring legislation as it goes through the legislative process."

In 2013, during his campaign for governor, Hutchinson said he was opposed to vouchers that would send public education dollars to the private sector.

"I have not seen a model that works in Arkansas, and so we'll see whether any of that can make sense at some unknown point in the future, but I have not supported that in my public career," he said.

Dotson's bill would not require participating students to undergo state testing to ensure they're being educated.

The bill also states that the curriculum and education plan at a non-public school is not subject to regulation by the state.

How much the state should spend on public schools is a contentious issue among lawmakers.

Democrats were pushing for more money to increase funding intended for teacher salaries and to increase a "catastrophic fund," for schools educating students with severe disabilities, by $20 million.

Ultimately, Democrats and Republicans agreed to a $4 million increase for the "catastrophic fund" by fiscal 2019. The gap between what the fund provides and what schools request is about $20 million.

Twenty-three Republican representatives and senators, out of 135 legislators, have signed on to Dotson's bill, but Rep. Bruce Cozart, R-Hot Springs, who is chairman of the House Education Committee, is not one of them.

He said he has questions about funding and has not yet made a decision about whether he supports Dotson's bill.

"I think the concept is good, but I have concerns about the money for it," he said, referring to the money that would be diverted from general revenue into the educational account fund. "I think this possibly could grow a lot. It's coming out of general revenue. The governor has a tax cut. If we start adding a bunch more [expenses], where are we going to get the money?"

Lindsey, who pushed for the increase in special education funding, said the $10 million in available tax credits for the program would be better spent on closing the achievement gap between rich and poor students, on special education or on early childhood education.

"We should be supporting, as a state, a public education system that gives educational opportunity to every child," he said.

Dotson said the bill would save money for state and local governments. The payment per child under the program -- $6,712.50 per child in fiscal 2018 -- would be based on state funding per student.

School districts also receive local tax dollars and additional state dollars for certain students -- like those who receive free or reduced-price lunch. Those dollars would not be transferred into the education savings accounts.

Asked about how the nonprofit organization would prevent waste, fraud and abuse, Dotson said he envisioned parents using debit cards to access their education savings accounts or filling out paperwork to document expenses.

The nonprofit organization would not be allowed to charge any sort of fee to the state for administering the program -- including double-checking expense documents. It would have to raise its own money without the benefit of a tax credit. It also would have to develop a complaint system, Dotson said.

"A parent would have to sign a waiver saying that they are going to take over the responsibility for educating their child and not hold the state or the local school district responsible for that," he said. "In exchange for these funds, they've agreed to actually educate their child."