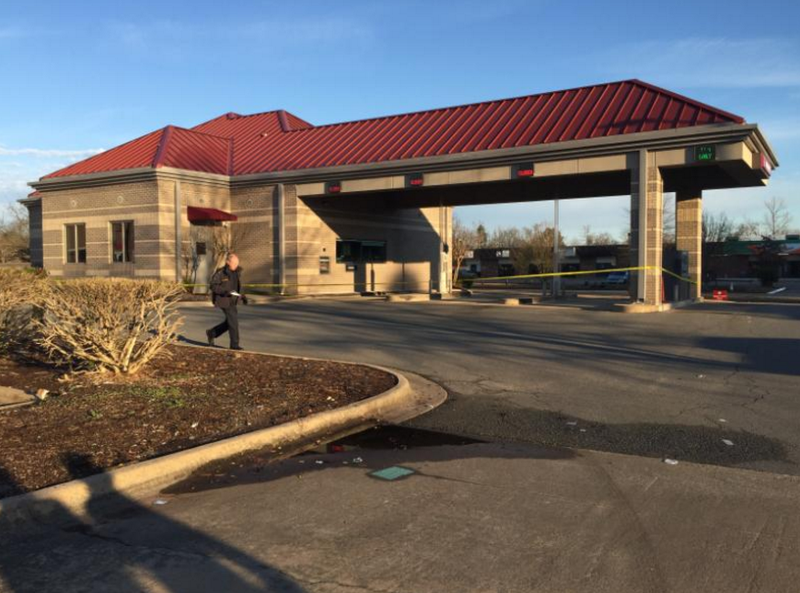 Police are investigating an overnight homicide at 13415 Otter Creek Parkway.

A Little Rock man was fatally shot after he and another man tried to rob two pizza employees outside a bank early Tuesday morning, police said.

Shortly before 1:30 a.m., two Domino’s Pizza employees, 24-year-old Nathaniel Carter and 50-year-old David Stricklin, both of Little Rock, were depositing money at the Bank of the Ozarks at 13415 Otter Creek Parkway, according to a police report.

While at the bank, they were approached by 35-year-old Cornell James Drones and 40-year-old Anthony Michel, both of Little Rock, McClanahan said. Both men were armed, the report said. 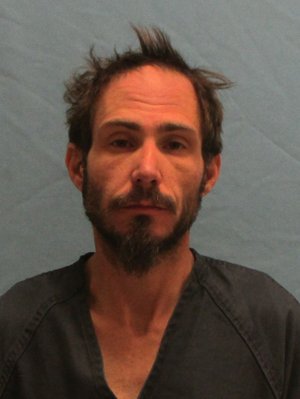 The two assailants attempted to rob Carter of the money, but there was a brief struggle, and Drones dropped his firearm, police said. Carter picked up the gun and fired several times, striking Drones in the upper part of his body, the release said.

Drones then ran to the back of a nearby Edward’s Food Giant, got into a gray 2000 Toyota Camry and drove to a Love’s truck stop in the area where he got out of the vehicle and collapsed, McClanahan said.

Carter and Stricklin got into a 2013 Chevrolet Malibu and followed Drones to the truck stop, where Carter flagged down police, the report said.

An officer who responded to the scene performed CPR, and Drones was taken to UAMS Medical Center. He was pronounced dead around 2 a.m.

The shooting took place outside the Bank of the Ozarks at 13415 Otter Creek Parkway when the 2 victims were dropping off money at 1:30 a.m. pic.twitter.com/9dSAg2iFAe

While processing the crime scene around 4 a.m., police located Michel hiding nearby in the bushes, McClanahan said. He was taken into custody and faces charges of capital murder, aggravated robbery and felony theft. He is being held without bond.

An accomplice in a felony in which someone is killed can be charged with capital murder, based on the state’s definition of the crime.

Carter will probably not face any charges, McClanahan said, adding that homicide detectives and the prosecuting attorney's office will review the full details of the killing.

Police do not believe any other suspects are at large. The bank is expected to open shortly, McClanahan added.

Dropping off large sums of money can be dangerous, McClanahan said, and people are advised to do it during the day when they can.

Little Rock police are investigating an overnight homicide that led to the arrest of at least one person, according to a tweet from the department Tuesday morning.

Detectives are investigating a killing that took place at 13415 Otter Creek Parkway, officials said. That address is listed as a location for a Bank of the Ozarks branch.

An arrest has been made, police noted in the tweet, though no further details were available.

No one has been booked into Pulaski County jail on a murder charge connected to the death as of 6:35 a.m. Tuesday, jail records show.