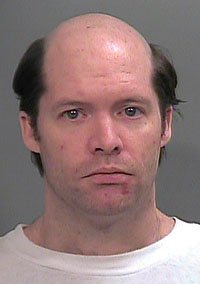 FAYETTEVILLE -- A Virginia man was ordered jailed by a federal judge Monday for continuing to harass a woman on social media even after he had pleaded guilty to her cyber stalking.

James Daniel Hobgood, 37, entered a conditional guilty plea in September to one count of stalking and was sentenced to a year and a day in federal prison and ordered to pay restitution. Hobgood was allowed to remain free while he appealed the verdict under several conditions, which included having no access to social media and having no contact with the victim.

A prosecutor may petition the court to revoke or withdraw the bond set for a criminal defendant. The bond or bail bond ensures the appearance of the defendant in court through the completion of a criminal trial or appeal. Trial court judges have the power and discretion to set, modify and revoke bond depending on the circumstances of each case. In cases where the defendant is a flight risk or deemed to be a danger to society, the bond will generally be set very high or not granted at all in which case the defendant will have to remain in jail. When bond is set, that bond may be revoked if new circumstances or information arises that lead a judge to believe that the defendant is dangerous, a flight risk or should not be released from custody for some other reason.

Federal law enforcement officials learned Hobgood had set up a Facebook account, using his father's name spelled backward, to continue harassing the woman. Hobgood also wrote several blogs using aliases that were critical of the judge and the prosecution of his case.

"He hasn't learned anything," said Denis Dean, assistant U.S. attorney. "It's time for him to begin serving his sentence."

U.S. District Judge Tim Brooks ordered Hobgood jailed immediately, ordered the U.S. Attorney's Office to prosecute Hobgood for contempt of court and again ordered Hobgood to have no direct or indirect contact with the victim.

Brooks said he would decide later whether Hobgood should be kept in a local jail until his contempt trial or sent to a federal prison to begin serving his sentence.

A woman contacted local law enforcement in August 2015 claiming she was being persistently harassed by Hobgood, according to Hobgood's plea agreement. The woman told agents with Homeland Security investigations she had met and to some extent became romantically involved with Hobgood while living in Richmond, Va., but after a short time she began to rebuff his advances.

In January 2016, she moved from Richmond to Northwest Arkansas, and Hobgood began to contact her by email, Facebook messages and third-party text messages, demanding she apologize to him in person, according to the plea. When she refused, Hobgood created publicly accessible social media accounts in which he represented her to be an exotic dancer and escort.

Hobgood's behavior caused the woman substantial emotional distress resulting in her being hospitalized for a short time, according to prosecutors. When agents contacted Hobgood he told them he wouldn't stop contacting the woman until he cost the woman her job and she should repent for the perceived wrongs she committed against him. Hobgood admitted sending the woman, her family and employer communications by Internet, telephone and the Postal Service telling them she was an exotic dancer and said he wasn't going to stop.

Law enforcement was able to corroborate the woman's claims by Hobgood's cellphone history and Facebook history.