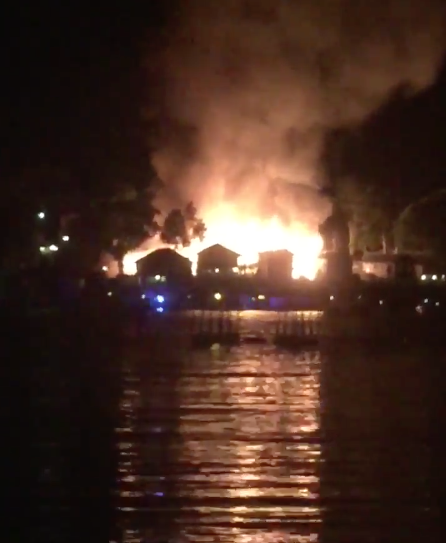 A large structure fire burned late into Saturday night at a resort along Lake Hamilton, according to a spokesman with the Garland County Sheriff’s Office.

Several fire departments from across the county responded late Saturday night to 301 Kleinshore Road where a fire had engulfed part of a condominium complex, according to the spokesman. Multiple marine patrols also were on the lake assisting.

Officials believe everyone was evacuated from the structures and no one was injured, according to the spokesman.

It wasn’t clear how the fire started, and crews continued to battle the blaze at 11 p.m.

Multiple videos posted on Twitter showed flames shooting out of a series of buildings just off the water in an area south of Airport Road.

Entergy reported more than 150 customers without electricity in the area.