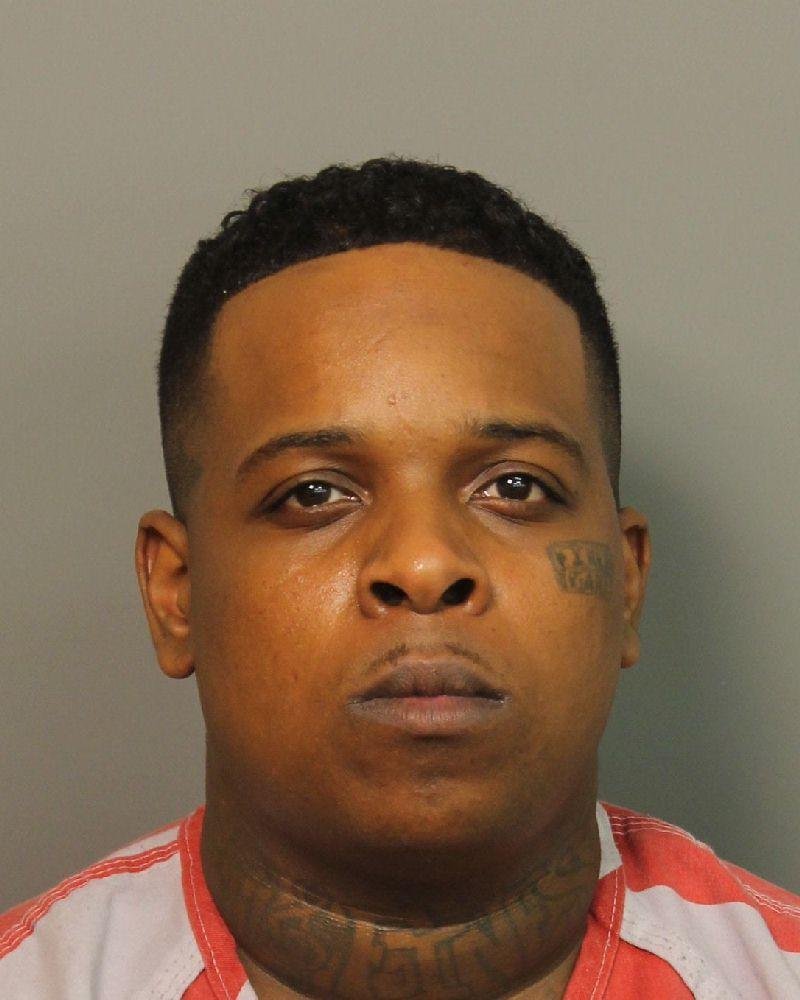 Ricky Hampton is shown in this booking photo from the Jefferson County jail in Birmingham, Ala.

The rapper who was performing at a downtown Little Rock club when shots rang out Saturday morning has been arrested on an unrelated charge in Alabama, and he is considered a "person of interest" in the Little Rock case, authorities said.

Ricky Hampton, who works under the name Finese 2Tymes, was performing at Side Effects Club in Birmingham Saturday night. The U.S. Marshal Service arrested him along with 25-year-old Kentrell Gwynn as the two men were returning to the club, according to multiple media reports.

The Marshal Service said Hampton's arrest was on an outstanding warrant for aggravated assault with a gun in Forrest City.

Little Rock Police Department spokesman Steve Moore said Hampton's arrest was not related to the shooting at Power Ultra Lounge in Little Rock, where 25 people were wounded by gunfire and three more injured in other ways.

Records show Hampton was booked into the Jefferson County jail in Birmingham shortly after 3:30 a.m. He was being held there without bail.

Little Rock Police spokesman Lt. Steve McClanahan said later that Hampton will be extradited back to Little Rock to face a federal weapon charge tied to the Forrest City case. Authorities in Little Rock hope to talk to him then about the nightclub shooting.

"We know that he was there at the lounge, he was a performer, he left prior to our arrival, we do need to talk with him because we can put him at the scene, so he is a person of interest," McClanahan said.

Records listed the charge against Hampton as being a fugitive from justice.

Check back for updates and read Monday's Arkansas Democrat-Gazette for full details.