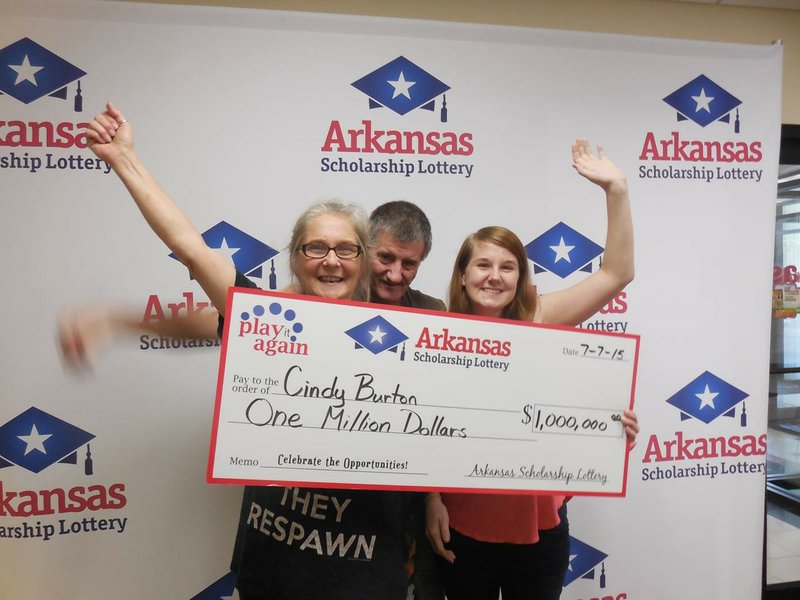 A North Little Rock woman has won $1 million off a second-chance drawing in the Arkansas Scholarship Lottery, officials said Friday.

Cindy Burton received the news of her win via a call Thursday and was “very skeptical” at first of whether she had actually won the amount, according to a news release.

“I didn’t go to sleep until about 3 a.m. [Friday]. I kept tossing and turning, wondering what if it really is a scam,” Burton said in a statement. “But I was going to go [to] the lottery claim center in Little Rock, and was just hoping that they didn’t tell me I really didn’t win.”

Burton plans to work with her sister, an accountant, to develop a financial strategy to make her money last. She also told lottery officials that she will take her five grandchildren to Walt Disney World.

She plans to keep working, the release states.

The $1 million prize came after the North Little Rock resident entered her non-winning instant tickets in the lottery's Play It Again second-chance drawing.