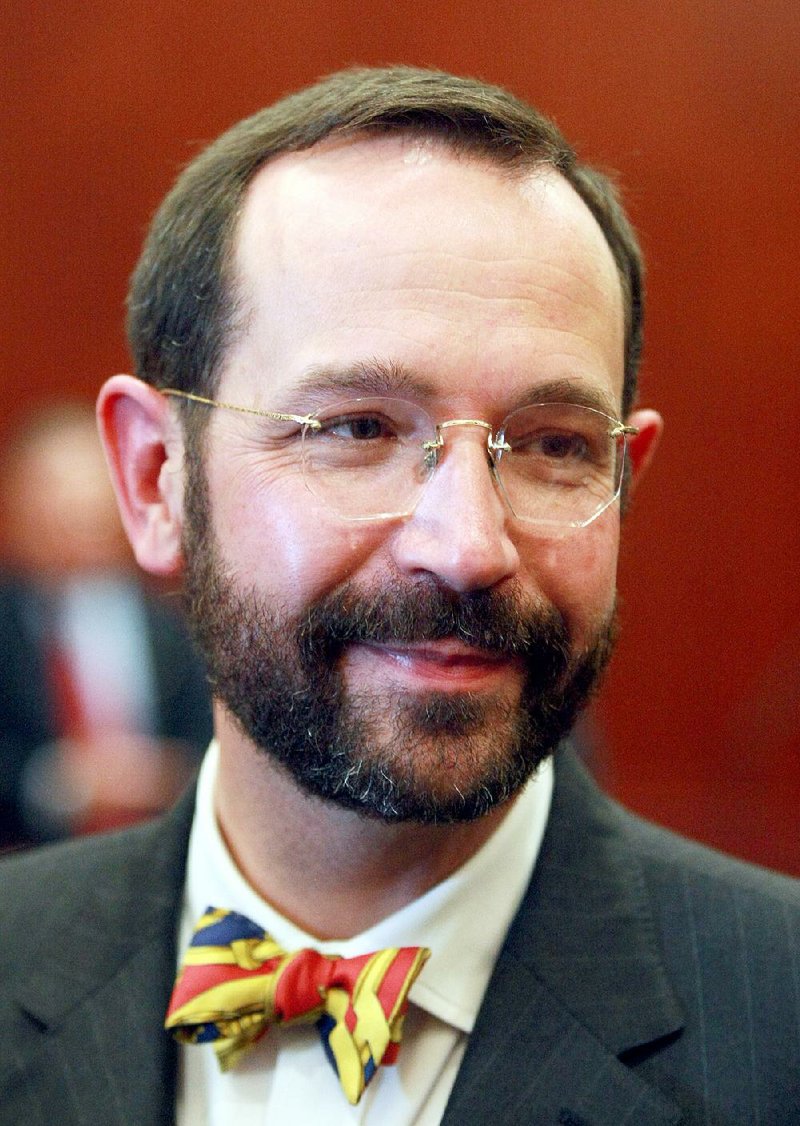 U.S. District Judge D. Price Marshall Jr. said Friday that allegations of intentional racial discrimination in regard to the Little Rock School District's school buildings and programs will be the focus of a hearing to begin July 18 in his court.

That will include the attendance-zone lines for Little Rock Central High, the judge said.

Allegations of inequitable Little Rock district school buildings and other district-provided resources, including school programs, are among the issues that were raised in a 2015 lawsuit against state education and school district leaders by two former School Board members and the families of some black students.

The suit also challenged the 2015 state takeover of the district because six of its 48 schools were state-labeled as academically distressed for chronically low test scores. The judge dismissed the state-takeover challenge on Sept. 28.

Most of the plaintiff students and their families, represented by a legal team headed by Rep. John Walker, D-Little Rock, were initially identified by the last name of Doe and not their real names.

The Arkansas attorney general's office and the Friday, Eldredge & Clark law firm are representing the defendants, Johnny Key, who is the state education commissioner and acts as the Little Rock district's school board, and Little Rock Superintendent Mike Poore.

"The core of Plaintiffs' remaining claim is about facilities and other resources, such as school programs," Marshall wrote in Friday's order.

"Has LRSD intentionally discriminated based on race through district policy, custom, or practice in providing them?" he continued.

"And there's the embedded issue about the attendance zone for Central High School," he said. "Though Poore and Key make strong arguments about traceability and on the merits, the Court concludes that it can make a better judgment on the facilities/resources claim after seeing and hearing the witnesses, plus considering all the documents with the context that only live testimony, as well as oral argument, will provide."

Judd Deere, a spokesman for Arkansas Attorney General Leslie Rutledge, said the state's chief legal officer welcomed Marshall's decision to remove some of the issues to be tried.

"The attorney general is pleased that Judge Marshall recognized that the Little Rock School District is not discriminatory when it comes to administering student discipline or teacher assignments," Deere said in an email. "Even though the attorney general's role is limited to the representation of the commissioner of education, she will review today's order and the judge's decision to take two other claims to trial."

Poore said he feels the district has a strong defense going into trial.

"We are trying to be equitable in our delivery to kids," Poore said. "We were working in every available way to try to make a difference for kids all across the district. We have really targeted kids -- and have gotten great help from the state on this -- in the poor-performing schools with extra support.

"This district does a good job and we are trying to get better every day," Poore added. "I am anxious to go to court now and present the facts."

Walker and Chris Heller, an attorney for the school district, did not respond Friday afternoon to emailed requests for comments on the order.

The judge's order and the court hearing come at a time when the state-controlled Little Rock district is seeking to raise money for construction of a high school to replace McClellan and J.A. Fair high schools and make improvements to roofs, windows and heating/air conditioning systems at other campuses.

Voters rejected a proposal to extend 12.4 property-tax mills by 14 years to 2047 in a May 9 special election. That plan would have generated $202 million -- $160 million in new money for construction and the remainder to pay off existing bond debt at a lower interest rate.

The district now is applying to the state Board of Education for approval to issue second-lien bonds to raise $92,055,000 to help with the new high school and the updates at other campuses. Second-lien bonds do not require voter approval.

Citizens Against Taxation Without Representation, a grass-roots organization, has opposed both bond proposals, objecting to raising the district's annual debt obligation when there are no locally elected school board members to hold accountable for how money is spent.

Former School Board members Jim Ross and Joy Springer are among the members of the group but also plaintiffs in the lawsuit that alleges racial discrimination in the disparate condition of the district's schools.

The plaintiffs in the Doe case have argued that the district provides greater access to high-quality educational resources and top-end facilities to student groups who are disproportionately white. That is done to recruit and retain white students in the district to the detriment of the plaintiffs who are black, attorneys for the plaintiffs have said.

They cited Pinnacle View Middle School, Forest Heights Stem Academy and Central High as examples of schools that have high percentages of white students and have had building needs made a district priority over schools such as McClellan High and Henderson Middle school that have nearly all black enrollments.

Overall, the Little Rock district's enrollment is about 64 percent black, 18 percent white, 14 percent Hispanic, 2 percent Asian and 2 percent of other races or ethnicities.

Included in the allegations of district efforts to "privilege" white students is the "gerrymandering" of school attendance zones, the Doe plaintiffs contend.

"Central's attendance zone containing a non-contiguous area ... effectively enhances the white student population of Central as opposed to the less-white Hall High, and ... placement of an exceptionally high number of portable classrooms at Central [facilitates] the concentration of white high school students at that location," a legal brief submitted by the Doe plaintiffs to the judge on Friday argued.

In Friday's trial brief, the Doe attorneys asked Marshall to order the district to redraw the Central High attendance zone so it is contiguous and without a satellite zone, and to reserve as many as 600 of the 1,200 seats at Pinnacle View Middle School for students from the Cloverdale and Henderson middle school attendance zones.

The plaintiffs also are asking for a more equitable distribution of Advanced Placement courses and gifted education programs among the schools, an education program for parents on educational opportunities within the district for their children and for an independent auditor of district finances.

They also want regular access to the district's financial officers for answers to questions about district operations.

Further, the plaintiffs ask for the hiring of a district ombudsman to assess the achievement of the goals of the lawsuit in regard to academics, facilities and student discipline.

Marshall, in his order Friday, responded to a request from the Doe attorneys for an expansion of the four days scheduled for the hearing that is to start at 9:30 a.m. July 18.

The plaintiffs had asked for 15 days to be set aside for the case. Marshall said the plaintiffs should be able to complete their case by the close of business on July 21, a Friday. The defense likely would go into the following week, the judge said.

On the allegation of racially disparate student discipline in the district, Marshall said in his order that Poore and Key are entitled to summary judgment, dismissing the claims.

"Taking the record in the light most favorable to the students and parents, there's insufficient evidence to support a judgment that LRSD has a racially motivated policy, custom, or practice of disciplining black students more harshly or differently than white students," the judge said. "The record shows isolated instances involving a few teachers and perhaps principals, generalized feelings of disparate treatment, and some bottom-line numbers from across the district. All this is insufficient as a matter of law."

In regard to teacher assignment issues, the judge said the "plaintiffs simply haven't offered sufficient evidence to support a judgment that LRSD assigns teachers based on a racially discriminatory custom, policy or practice." He said that remarks made more than 10 years ago and six superintendents ago don't suffice.

Besides Walker, attorneys for the Doe plaintiffs are Omavi Shukur, Shawn Childs, Robert Pressman and Austin Porter. Gale Stewart is listed as being "of counsel."