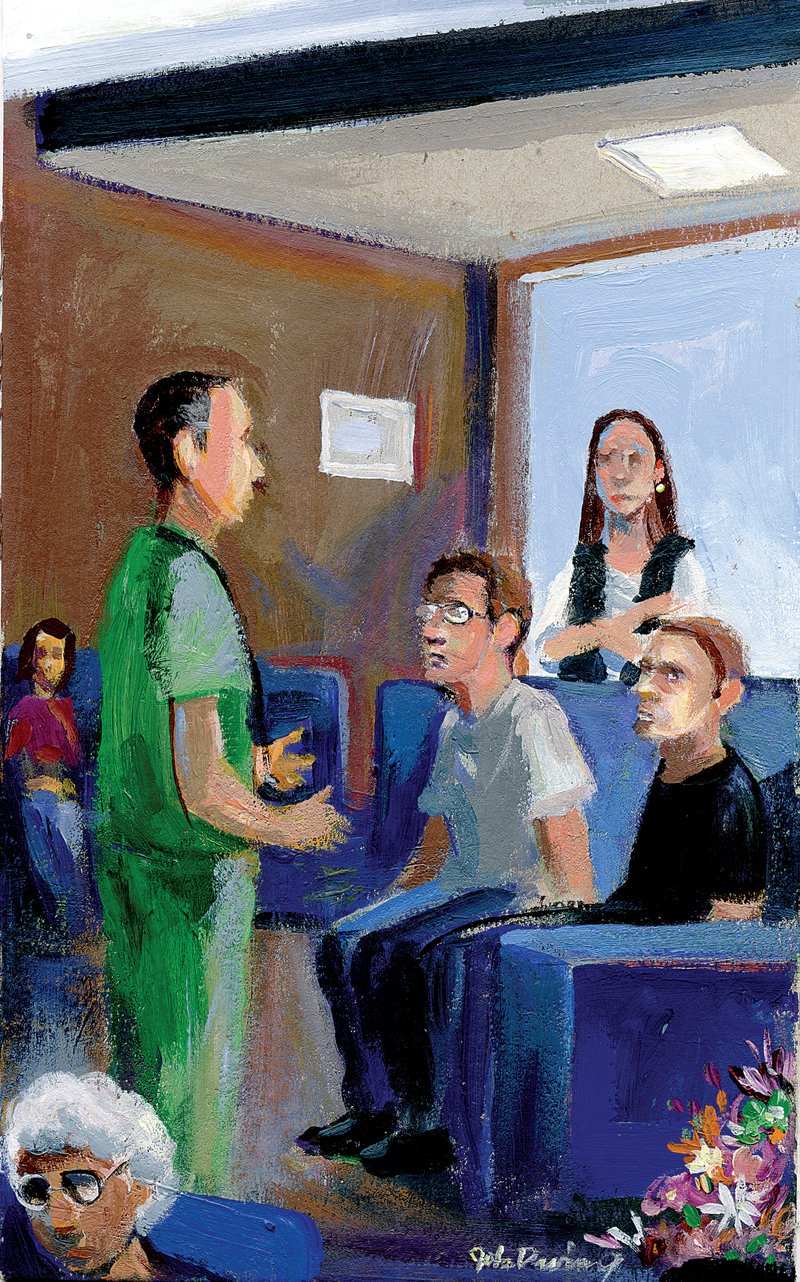 Q: I have a very simple but what I fear may be a complicated question. What is Medicaid?

A: Medicaid is the federal government's and states' program to offer health insurance or help pay the medical bills of the poor. It now covers about 1 in 5 Americans, or about 78 million people. That's a lot. It covers half of the births in this country. Two-thirds of nursing home residents are on Medicaid. It's not just the poor any more. It's the disabled, it's elderly people in nursing homes that have exhausted their savings. So the Medicaid population now is really quite broad.

Q: Where did Medicaid come from originally? What is its history?

A: Starting in the 1940s in this country, employers started to offer people health insurance. But then the question became: What are we going to do about people who can't work--the elderly and the poor?

When you look at stories about Lyndon Johnson signing this bill that created Medicare and Medicaid in 1965, the stories barely mention Medicaid. The elderly was the biggest question, and that was the biggest fight. And

after the fight was over the bill became Medicare, which is the government health-care program for elderly people.

Medicaid, oddly enough, was almost an afterthought thrown in, and nobody envisioned that it would become this huge program. Concerning the public debate about it now, you never would have guessed that in 1965.

A: It really was just the poor.

Q: How did Medicaid go from being this footnote, kind of a barely mentioned thing in 1965, as you just described it, to being something that so many millions of Americans now rely on for health care?

A: The number is 78 million Americans. It was initially expanded under President Lyndon Johnson, a Democrat. In the '70s, the American Medical Association was very against the expansion of Medicare; they called it socialized medicine. One of the biggest advocates for their position was Ronald Reagan, who was an actor at the time, and Ronald Reagan recorded a record calling Medicare socialized medicine.

Lo and behold, years later, some of the biggest expansions of Medicaid began in the Reagan years as a result of compromises worked out between Republicans and Democrats. One of the compromises was with Henry Hyde.

U.S. Rep. Henry Hyde (R-Ill., who died in 2007) is most known for the Hyde Amendment, which prevents federal funds from being spent on abortion. Henry Hyde doesn't want to cover abortions with federal money, so the Democrats say to him, if we are not going to cover abortions with this money, we need to take care of pregnant women and their children. So that's one big expansion.

Under Clinton, after the failure of Bill Clinton's health-care plan, sometimes called HillaryCare, there was an agreement between Democrats and Republicans that they didn't want to pass what Republicans called socialized medicine/HillaryCare/ClintonCare, but there was an agreement that we wanted to insure children. So Clinton had the Children's Health Insurance Program (CHIP), which has become hugely popular. That was a Bill Clinton initiative.

Q: And another big expansion.

A: Yes, another big expansion. And the CHIP program paves the way for the largest Medicaid expansion of all, which is Obamacare, or the Affordable Health Care Act, which was passed in 2010.

Q: So how does the Affordable Care Act expand or change Medicaid?

A: Originally Medicaid was envisioned as a welfare program, and Democrats for years have been trying to separate it from welfare. Democrats would say, "Hey, let's make this our way to provide universal health insurance." So that's kind of what Obamacare did--de-couple Medicaid from welfare. Because it was saying to people who weren't maybe welfare-level poor but still pretty poor, "We are going to help you get health insurance."

Q: What was the opposition to the Affordable Care Act's expansion of Medicaid? Because as I recall there was a lot of opposition to it.

A: Absolutely. This was the genesis of the Tea Party movement in the summer of 2009. But the opposition was what Republican opposition has been all along, which is these are handouts, these people are able-bodied. They can go out and get a job if they really needed health insurance. Why are we subsidizing these people? That opposition ... fueled the Tea Party and sort of stoked populism in this country. And populism in this country has always been feeling like someone above you is getting something that you can't have and someone below you is getting something that they don't deserve.

So maybe a lot of middle-class or working people look at the Medicaid expansion and think, "Wait a minute, I had to earn this," or "My mother ... paid down her little bitty savings to get into that nursing home on Medicaid. Why is that person just walking in?" There are a lot of these people. And these people have come and gotten Medicaid.

Q: And how many people have started to receive their health care through Medicaid since Affordable Care Act?

A: Yes. I think it is always easier to say no to something. The Tea Party was saying no, don't do this. Now that it is in place, Medicaid has actually become kind of popular. Opposers will tell you that it's always been popular, but I think the Medicaid expansion has made it even more popular.

Q: So the GOP bill that started in the House that passed it and now is complicatedly making its way through the Senate, what would that do to the Medicaid expansion under the Affordable Care Act that has brought insurance to 11 million people?

A: In general, the bills would shrink the amount of money that the federal government is giving to the states to pay for Medicaid. So with the Affordable Care Act, the federal government started paying 100 percent of these costs, then it went down to 95 percent. Now it's at 90 percent and I think it is supposed to go down to 85 or 80 percent. But instead of having those percentages and saying to states, "However many people come in and sign up for Medicaid, we are always going to pay this share of your costs," it's saying, "We are going to put a per capita cap on this Medicaid funding."

Q: So under the current Affordable Care Act expansion, it sounds like the federal government is on the hook for potentially huge amounts of money to pay the states to make sure that their Medicaid population is cared for.

Q: Under the Republican Senate plan, there will be some form of a cap. It will say, "That's it."

Q: Why is this such a partisan issue if everyone agrees that Medicaid is really expensive and maybe too expensive?

A: In some ways I think it has become less of a partisan issue. It has become more of a polarized issue like everything else in this country over the last 10 years, but I think what you are seeing now is a bunch of Republican governors standing up and saying, "Don't cut my Medicaid expansion."

You are seeing Sen. Rob Portman (R-Ohio) and Sen. Shelley Capito (R-W. Va.) saying, "Don't cut my Medicaid expansion; it's paying for opioid treatment in my state, which has a huge addiction." So I think it is enjoying more bipartisan support. It's just a little more difficult for Republicans to justify because they are the party of small government. They don't like to think that this is the way that we provide health care.

Capito is concerned about the Medicaid portion and what it would do to her state, which has the largest per capita population that's in the Medicaid program ... The bill is not that popular among West Virginians, and I think a lot of that is because of the Medicaid expansion and people have gotten so used to Medicaid. It is so hard to take an entitlement away.

Q: How do we explain a state like Kentucky, where a very large expansion of Medicaid occurred and since the Affordable Care Act was passed, there is a large percentage of poverty, and there is a massive problem with opioids. And the man who created this Senate health-care bill that would roll back the expansion of Medicaid under the Affordable Care Act is Sen. Mitch McConnell, who represents Kentucky.

A: I would actually argue more crucially that is the other senator from Kentucky is Rand Paul, who is a Republican or libertarian, who is possibly the biggest supporter of the Tea Party way. Rand Paul is from a libertarian strain. He does not believe we should be giving these government handouts to people. So in some ways, that part of the Republican party allowed Mitch McConnell's rise, and Mitch McConnell knows he is beholden to that point of view. Mitch McConnell is also a deal maker, right? And he is someone who moves legislation through, and he has been saying for seven or eight years we are going to take this away, we will rip this root and branch. So now he has got to do that.