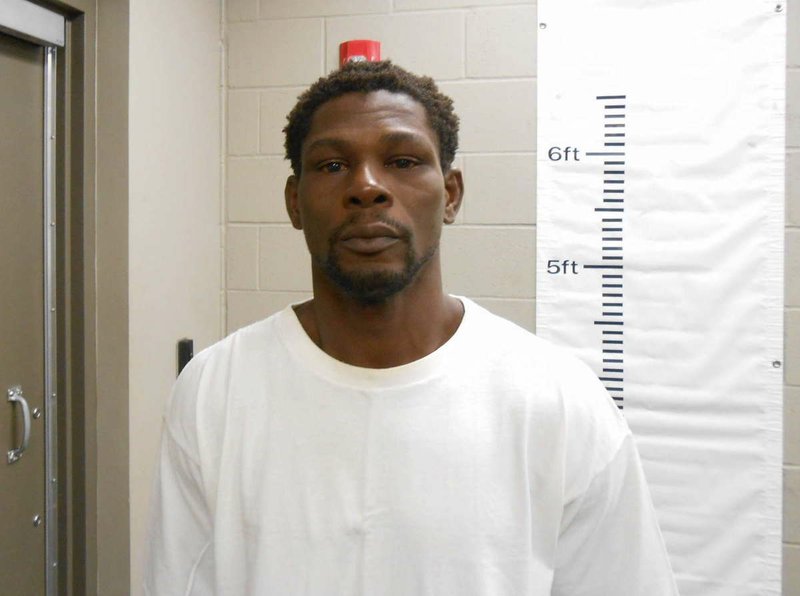 Boxer Jermain Taylor has been arrested on multiple charges, including terroristic threatening, that stemmed from an overnight altercation at a central Arkansas home, police said.

Officers with the Maumelle Police Department were called around 2:40 a.m. Tuesday to a domestic disturbance in progress at Taylor's residence on Lily Drive, according to a news release.

Jermain Taylor through the years

At the scene, authorities spoke with Taylor, 38, and a 28-year-old woman, who said that her boyfriend had attacked her as they were arguing, including biting her several times on her left arm and face.

Taylor attempted to damage the woman’s cellphone in an effort to keep her from calling police, the victim told officers.

The victim was later able to get away from Taylor for a “brief period” and attempted to run outside, but Taylor tried to stop her, the release states.

Police said the girlfriend then pepper-sprayed Taylor in the face and was able to leave the home. Taylor reportedly chased her down the street and threatened to kill her.

After his arrest, the boxer was transported to Maumelle police headquarters and later released on criminal citations.

Taylor is currently serving a six-year suspended sentence after pleading guilty to nine felony charges in 2015, including a shooting that critically wounded his cousin, Tyrone DaWayne Hinton. The attorney who represented Taylor in that case was not available for comment Tuesday.

Taylor failed to attend a court hearing in June in a lawsuit filed by his cousin over the shooting and Taylor's representatives said then that Taylor was in Florida with no money.

TIMELINE: The crimes of Jermain Taylor