No delay; former Arkansas judge off to prison 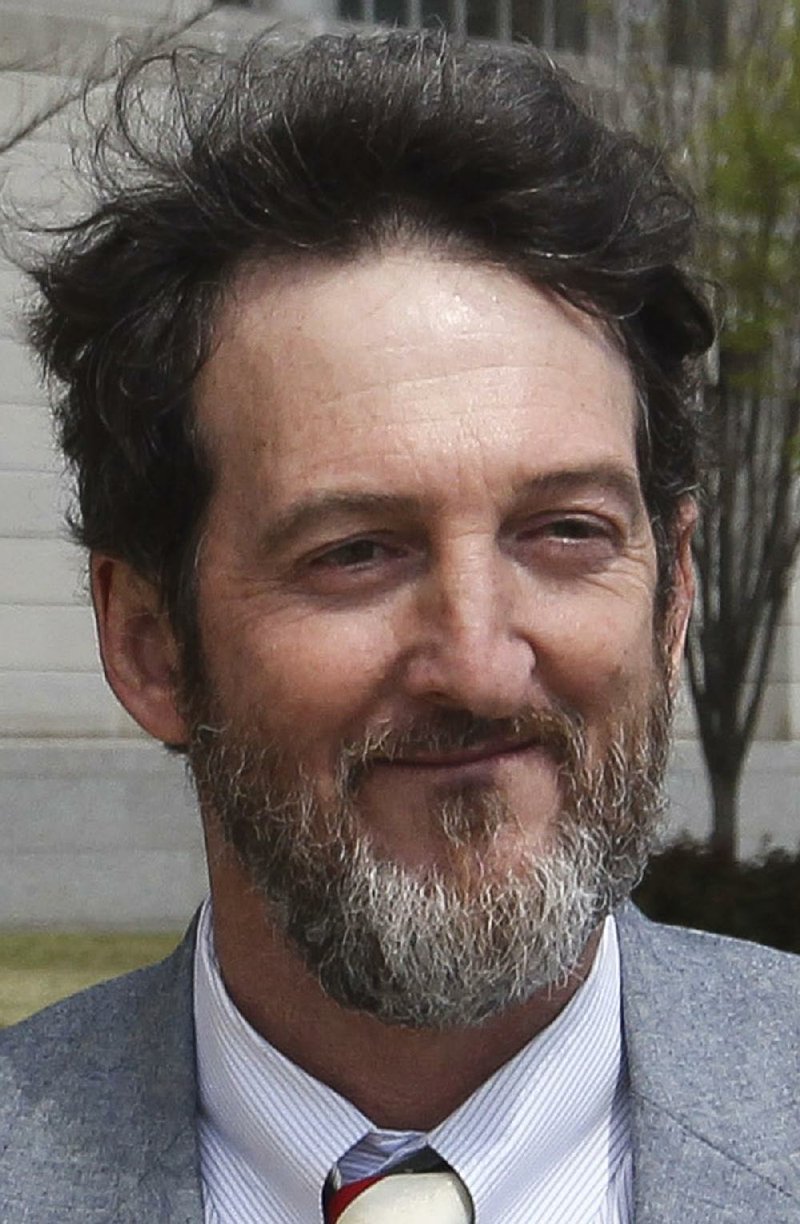 A federal judge did not relent and ruled Tuesday that Michael Maggio must report to begin serving a 10-year prison sentence for bribery by this afternoon.

The decision came more than 2½ years after Maggio, a former circuit judge, pleaded guilty and admitted taking thousands of dollars for his political coffers in July 2013 to lower a Faulkner County jury's $5.2 million against a Greenbrier nursing home owned by Michael Morton.

Two days after Morton signed off on a series of checks that originally went to several political action committees, Maggio slashed the award to $1 million.

Maggio's campaign for a seat on the state appeals court never got all of the PAC money, but Morton has said he had intended it for Maggio.

Even after Maggio's plea Jan. 9, 2015, he remained free for more than a year during a lingering federal investigation targeting at least two other people -- Morton and political fundraiser Gilbert Baker, a former chairman of the Arkansas Republican Party. The two have denied wrongdoing and are not charged with a crime.

Maggio, 56, had sought to delay his entry to prison until July 26, but U.S. District Judge Brian Miller wrote in a brief order Tuesday that Maggio "has had an opportunity to present his arguments on appeal. The [8th U.S.] Circuit Court of Appeals affirmed his conviction and his sentence."

In March 2016, Miller sentenced Maggio to 10 years in prison and two years of supervised release. Miller later agreed to let Maggio remain free pending the appeal. That appeal wasn't resolved until July 3 of this year. Even now, Maggio's attorney, John Wesley Hall, is preparing to ask for a rehearing before either the three-judge appeals panel that heard Maggio's case or before the full appeals court. Hall also can ask the U.S. Supreme Court to consider the case.

On Tuesday, the federal appeals court granted Hall an extra week to file the rehearing request with the St. Louis-based court.

Maggio has until 2 p.m. today to report to the U.S. Marshals Service office in downtown Little Rock.

Acting U.S. Attorney Patrick Harris said Monday that Maggio will be incarcerated in the Pulaski County jail or a lockup in Tennessee until the Federal Bureau of Prisons assigns him to a prison. Maggio has requested and Miller recommended the prison at Texarkana, Texas, but the bureau makes the decision.

Harris also said that if Maggio decides to cooperate with the federal government after he goes to prison, the U.S. attorney's office would have the right to ask Miller to reduce the sentence.

There is a five-year statute of limitations on any case related to Maggio's bribe, Harris said.

The lawsuit judgment that Maggio lowered had resulted from the death of Martha Bull, 76, of Perryville. She died in her nursing home bed in 2008 without a physician ever being summoned despite her tears from pain, nausea, her "cold and clammy skin" and blood in her stool, according to a report filed with the state.

Two of Bull's daughters have since sued Morton and Baker in Faulkner County Circuit Court in Conway. The daughters contend the men conspired to funnel contributions to Maggio's campaign in exchange for a reduced judgment in the negligence case. The conspiracy lawsuit is pending.

Thomas Buchanan, an attorney for the daughters, said Tuesday that he hopes the investigation continues "at least as it relates to Individuals A and B," a reference to Morton and Baker.

The leadership of the U.S. attorney's office in Little Rock and the person deciding whether that investigation will continue could change soon. President Donald Trump has nominated Prosecuting Attorney Cody Hiland, whose jurisdiction now includes Faulkner County, to the position.

For several months, Maggio cooperated with federal investigators in hopes of getting a lighter sentence. But things went awry in January 2016 when, prosecutors said, Maggio failed a polygraph test and divulged previously withheld details to investigators about his communications with Individual B, a reference to Baker.

The deal was off, and Maggio changed attorneys and tried to withdraw his guilty plea. He said he had been pressured into it. In turn, prosecutors recommended a tougher sentence, and on March 10, 2016, Miller handed Maggio the maximum prison sentence the law allowed in his case.

Later, the federal government agreed to declare Maggio a "pauper," and the government appointed Hall, a prominent criminal-defense lawyer, to take over Maggio's case.

Maggio's financial condition had worsened in September 2014 when the Arkansas Supreme Court ordered him removed from judicial office. He had held the job since January 2001 and, in the end, was making roughly $140,000 a year.

Another issue, not the bribery allegations, ended his judicial career. He was removed from office in part because of online comments he made about a range of topics, including women, sex, race, bestiality and a legally confidential adoption case involving actress Charlize Theron.

The disclosure of those comments, which Maggio had made under a pseudonym, also led to his withdrawal from his final judicial campaign.

Print Headline: No delay; Maggio off to prison