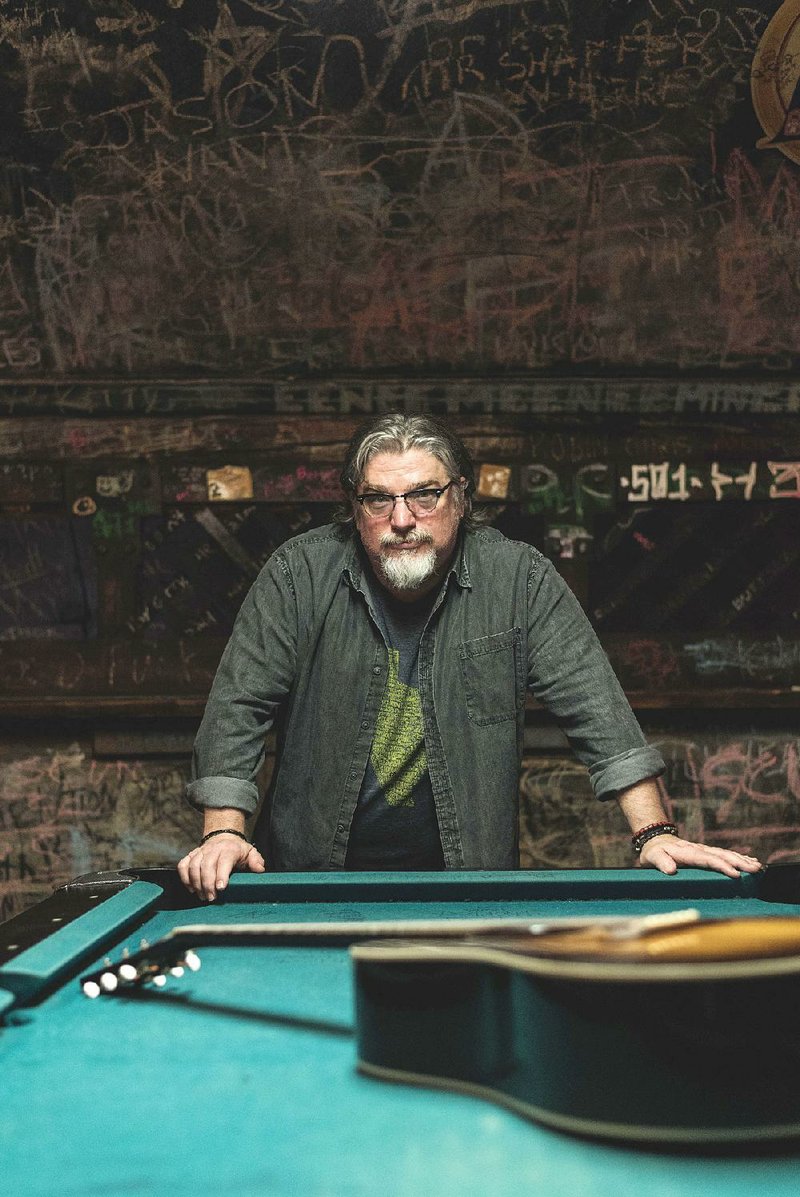 "I tried to leave a haunted home behind in Tarrant County/but it ain't been far enough."

That's the last line of the title cut to Tarrant County, the debut solo album from Little Rock singer-songwriter Mark Currey. It's a highly personal collection of well-crafted country, a reflective meditation on belonging, the South, relationships and coming to terms with one's own identity.

"A lot of my younger life was spent distancing myself from being a small-town kid, and being Southern" says Currey, 53, who spent his early years in Fort Worth and has lived in Little Rock since 1983. "I didn't even consider the possibility of exploring those kinds of stories because I didn't want to associate myself with that."

Currey is celebrating the album's release tonight with a show at Stickyz Rock 'n' Roll Chicken Shack in Little Rock. The show is a benefit for homeless services charity The Van and will feature guest appearances by Amy Garland Angel, Mandy McBryde, Charlotte Taylor, Brad Williams and more.

"Even though I'm the older guy, I still feel like the new guy sometimes," he says. "The fact that all these people were enthusiastic about being part of this record really means a lot to me."

A big part of Tarrant County, where Fort Worth is located, is about connecting with and embracing his Southerness, Currey says.

"It took me 40-50 years to make peace with that part of my story. Realizing those stories, even the negative parts of being a Southerner, create who you become. Rather than running away from those things, you embrace them and realize how they form you or build you."

Finding the music of Texans Guy Clark and Townes Van Zandt and the short stories and novels of William Gay, Ron Rash and Larry Brown freed him of his inhibitions and let him write from a place of honesty, he says.

"When you hear other songwriters and novelists explore those themes, and do it in a way that has a lot of artistic integrity, it gives you permission to go down those paths. I found there was a very artful and genuine way to tell those stories that didn't fall into caricature."

Recorded mostly at Capital View Studios, with some tracks recorded at Night Owl Studios in London and Steal This Music in Lafayette, Colo., Tarrant County was produced by Mark Colbert and Currey. It features not only Garland Angel and McBryde of The Wildflower Revue, but Stephanie Smittle, Bonnie Montgomery, Stephen Koch, Reade Mitchell, Bryan Frazier and others making contributions to its 12 earthy, country folk tracks.

"I've been playing most of these songs for the past two-five years, primarily solo," Currey says. "One of the exciting parts of this record was fleshing these songs out and finding out how they translated to something bigger than just me and a guitar."

The real-life Tarrant County and Fort Worth loom large over the album.

"My childhood, my parent's divorce, the craziness in my home, all of it flows in and out of that town," Currey says. "Even the cover image, those tollbooths on the old Dallas-Fort Worth Turnpike, I probably went through those 100 times when I was kid."

"Meanness" is a heartbreaking account of the sadness of a broken home and "Stowaway," Currey says, encompasses the album's theme of "waking up in adulthood and realizing all those things you tried to run from, you carried with you, and coming to a place of being OK with that."

In keeping with that tradition, tonight's show will benefit The Van, an outfit Currey admires: "I have a long relationship with [Van founder] Aaron Reddin. I knew him when The Van was a Toyota Yaris. If I have a hero on this planet, it's Aaron. He's a guy out there doing the things he says matter to him."