Change ahead for J.B. Hunt; logo's not one 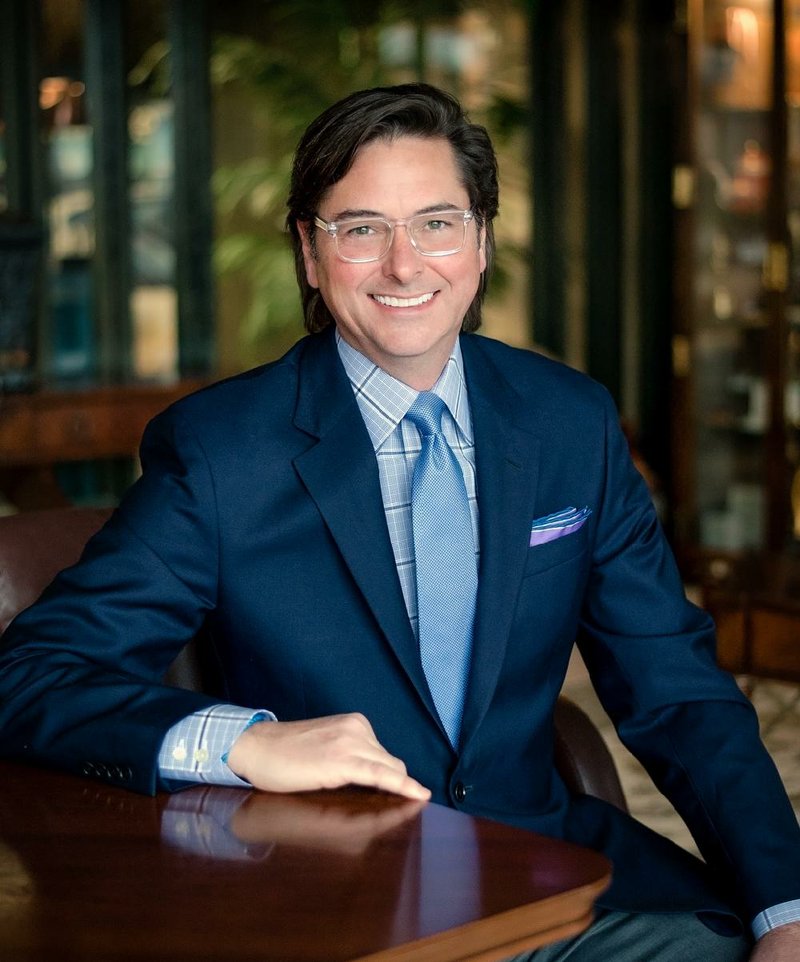 Many people have asked John Roberts why he hasn't changed J.B. Hunt's signature yellow and black scroll logo. His answer is always the same.

"I would say it is here for the long run," said the company's president and CEO of over six years in a recent interview.

Despite that same logo, the actual business Roberts runs out of Lowell looks little like the trucking company J.B. and Johnelle Hunt started back in 1969. These days J.B. Hunt is working through things such as autonomous trucking and e-commerce, while maintaining a connection to its past.

Even though the company still owns many trucks, Roberts said J.B. Hunt stopped being "just a trucking company" long ago.

The J.B. Hunt of today, he said, needs "to be able to think like a supply chain company, and not just a trucking company, and even not just transportation."

With that in mind, the company recently merged its brokerage division, Integrated Capacity Solutions, and its truckload division under one "Highway Services" sales and operational banner.

He said they made that decision because, "In my mind, it isn't as important today whether a J.B. Hunt asset or contracted asset handles the load. We're just here to answer your question: Mr. Customer, what do you need? Mrs. Customer, how can we serve that lane for you? If you want drop trailers, OK, we have an answer there in Highway Services."

He compared the "mode-agnostic" approach to the average consumer's indifference about which company fulfills an order they place online.

John Kent, director of the supply chain management research center at the University of Arkansas, Fayetteville, said the approach is evidence of J.B. Hunt being a "leader."

"They're saying, 'Hey its 2017, it's a modern industry that we're working in. We feel with the technology that we have developed we can integrate these units together operationally and market it that way to provide more value to our customer in ways that competitors can't,'" he said of the company.

Roberts said keeping the same logo symbolizes a retention of the original ethos of the company amidst a changing 21st century supply chain.

"Any time a company is named for a person, you find a different element flows through the business than if it's called 'Dynamic Insights' or something referencing the services provided," he said. "It has a different flavor to it."

For Roberts, the innovative spirit of its co-founder and namesake still lies at the center of J.B. Hunt.

"It's OK to hold onto your core value, especially if your core value system is disruptive by nature," he said, asserting that disruption has been a part of the company's history for decades.

When Hunt decided to partner with the railroad to share freight in the late 1980s, he was taking a big risk on intermodal transport. Railroads and trucking companies had been fierce competitors, and Hunt made a daunting investment in all new containers and equipment.

One nontraditional idea facing the J.B. Hunt of today and its industry peers is autonomous trucking technology.

"Autonomous trucking is very real," Roberts said. "We will be very active in testing, as we are any new idea -- like natural gas and other alternative power systems, or import changes involving the Panama Canal."

"We are not going to be caught looking over our shoulders saying, 'Why didn't we pay more attention to that?'" he said.

When asked what J.B. Hunt would have thought about this new development, his widow and co-founder Johnelle Hunt said he would be all for exploring it. "He was always looking for something new and better. That's why everything came about the way it did, like intermodal."

Roberts said the company began investing in autonomous technology about five years ago, when they installed automatic braking systems in all their trucks, which reduced rear-end collisions by 60 percent.

But at 52, Roberts said he doesn't see the regulatory environment and the general population adapting to the idea of totally self-driving tractor-trailers in his lifetime.

In regards to platooning, in which one truck can wirelessly control the speed and braking of others to save fuel, he said there remain "unanswered challenges" before a clear safety record and a good return on investment.

"Switching lanes, navigating exits, merging, and regulations are some of the roadblocks we're finding as operations explore platooning," he said.

Ultimately, he said, "there is still a long way to go before we see major implementation of autonomous vehicles, platooning, and other such technologies," highlighting that the driver will remain an important component of any new developments.

Another dimension of the company's evolution with today's supply chain entails hefty investments in new technology and a revamping of its over 20-year-old core operating systems. It has pledged $500 million towards technology over five years to rebuild the old, develop a new cloud infrastructure and continue working on its supply chain management platform, J.B. Hunt 360.

After spending time with customer groups, Roberts said he realized J.B. Hunt could help its customers of all sizes as they adapt to the disruption of e-commerce.

To provide that transparency and predictive analytics, Roberts said the company is working toward "a portal of aggregation" for all important parts of a supply chain.

Much has changed in the company as a result, down to the very language the J.B. Hunt team uses.

"We used to use terms like induction, distribution, aggregation, retail replenishment, and now we're having to think about that differently," Roberts said.

These days, he explained, the terms are "the first mile, the middle mile and the final mile."

In 2015 the company brought in Stuart Scott as chief information officer to lead these efforts. He is the first executive to not have spent at least 20 years in the company. Roberts has been at J.B. Hunt for about 27 years.

As Roberts recalled, "I told him, you're going to need to disrupt this company, and we're probably not going to like it very much. So, use my card when you need to and stay out of trouble."

Roberts said that in a conversation with a division team, he impressed on them that one of the 360 applications has the ability to show a customer his optimal transport option.

"If that means that your division is not the best answer," he said to the team, "you better figure out how to improve your value proposition, because we are going to give them the best answer."

Roberts said the company needs to find and present the best value for its customers because, "if we don't do that, somebody else is going to. We can't be too overly committed to forcing business into our segments only for the sake of growing the segment," he said.

"The right answer for the customer needs to win out over everything else," he explained.

"That path will take us where we need to go."

Print Headline: Change ahead for J.B. Hunt; logo's not one