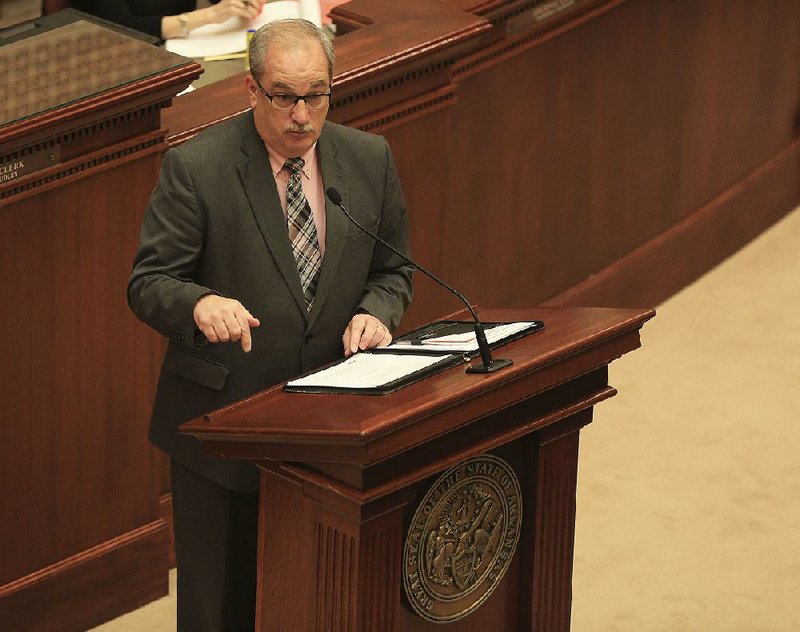 Rep. Kim Hammer, R-Benton, is shown in this file photo.

Arkansans caught riding shotgun with an open container of alcohol will find themselves subject to arrest and possibly 30 days in the county jail starting Tuesday, when a host of new criminal codes go into effect.

Five laws that go into effect that day create new criminal offenses, such as the state's new open container prohibition.

Nearly 30 more laws expanded the definitions or amended the punishments of existing crimes, according to a review by the Arkansas Democrat-Gazette.

The other various activities made illegal starting Tuesday include:

Most of the new criminal codes going into effect deal with misdemeanor offenses, meaning they are unlikely to have much of an impact on the state's swollen prisons, where felons are incarcerated.

The Arkansas Sentencing Commission, which provides lawmakers impact statements on proposed legislation, identified five new offenses and revisions to existing felony crimes that are each expected to send no more than 10 offenders to prison a year.

None of the new laws are projected to increase the Department of Correction's inmate cost or require more prison beds.

No data are available for the Sentencing Commission to estimate how many people will be charged under either law, according to impact statements.

The new sexual extortion law criminalizes the act of threatening or coercing someone to have sex or participate in sexual conduct, including blackmailing them to produce nude images.

Those acts may already be covered by a pair of existing criminal statues -- prohibitions on coercion and the unlawful distribution of sexual images or recordings -- that together led to a single conviction between 2013 and 2015, according to the Sentencing Commission.

Hammer said the new law would increase penalties for such offenders, with the hope of deterring such crimes.

For example Act 849, the open container law, makes riding in a car with an open can of beer a Class C misdemeanor, the lowest category of offense punishable by jail time and a $500 fine.

Before the law, sponsored by Rep. Dan Douglas, R-Bentonville, was passed, Arkansas was one of just 10 states that did not prohibit open containers for vehicle passengers, according to the National Conference of State Legislatures. Drinking while on the road is already a misdemeanor.

Using the Arkansas state seal to send unauthorized communications for purposes such as fraud or harassment will be a Class A misdemeanor, punishable by up to a year in jail and a fine of up to $2,500. 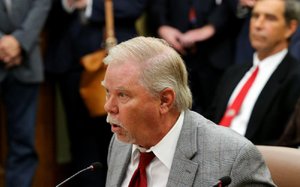