Slew of new state laws set to kick in this week 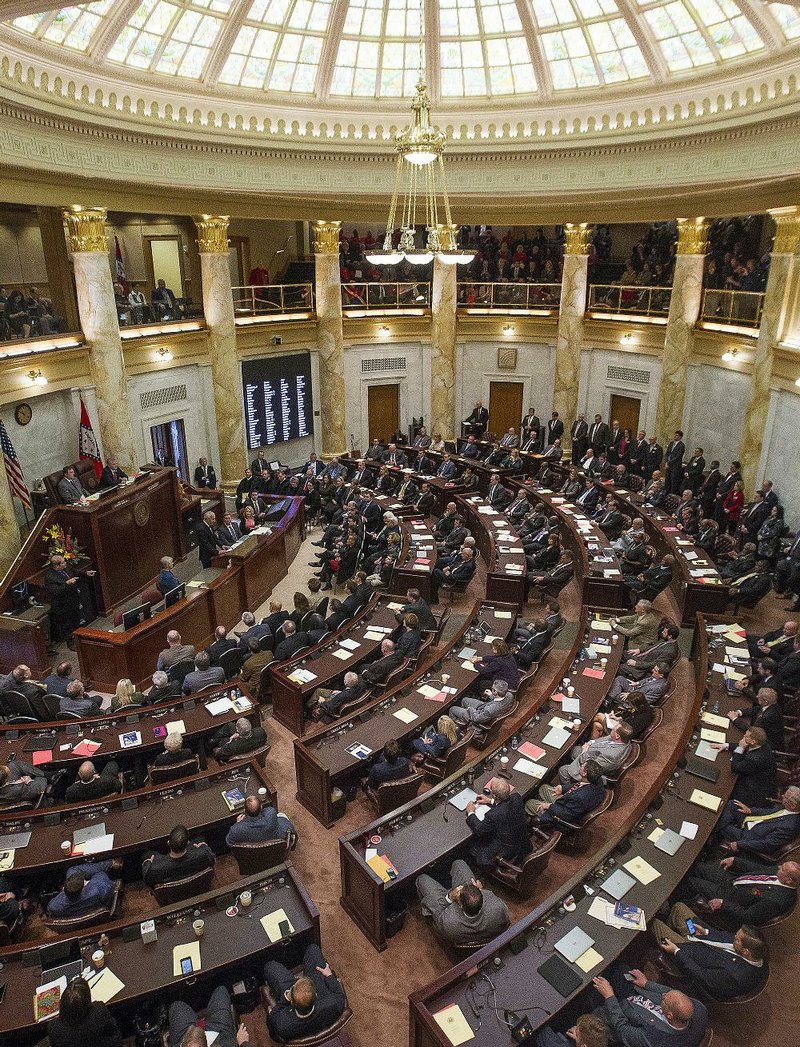 The state highway agency gets a new name, distressed schools will get a different kind of help and drug offenders can begin signing up for public benefits Tuesday, when roughly 700 laws passed during this year's legislative session go into effect.

A review of the 1,130 pieces of legislation passed this year indicates that more than 60 percent do not include a clause setting a specific effective date. Those lacking such a clause go into effect Tuesday.

Citizens had 90 days after the end of the session to file referendum petitions against the laws. The end of that 90-day grace period is today, when the government is closed, thus allowing an extra day for filing those petitions.

No petitions had been filed as of Friday afternoon.

Some laws -- including a handful tightening restrictions on abortion access in Arkansas -- have required state agencies to write administrative rules. Others, such as Act 811 to create Arkansas' first statewide suicide hotline, requires the building of new bureaucratic structures.

A handful of the new laws add to what's considered a crime, while others remove regulations affecting businesses, farmers and other people. One law, Act 876, will allow retailers to accept debit cards to purchase lottery tickets.

Some laws affect the interactions of varying levels of government. Act 643 prevents cities and municipalities from enacting a minimum wage that's higher than the state's, which now is $8.50 per hour.

A pair of laws, Acts 710 and 644, allow Arkansas to begin purchasing bonds from Israel, while also preventing the state from doing business with any company that boycotts that nation.

Some laws are lighthearted: U.S. 65 from Pine Bluff to the Louisiana state line earns a new moniker, the official "Delta Rhythm & Bayous Highway," according to Act 451.

Among the legislation going into effect at another time is Act 562, the law that will allow some concealed-carry permit holders, with extra training, to take weapons onto college campuses and into bars and churches.

Also, many of the state's new tax laws will go into effect Jan. 1, the start of the new tax year.

Many of the laws going into effect Tuesday address a wide range of significant topics.

During the legislative session, the American Civil Liberties Union and Planned Parenthood promised to sue Arkansas if lawmakers passed a series of bills imposing new restrictions on abortion.

Nonetheless, nearly all of the laws passed, and abortion-rights advocates followed through on their promises by filing a pair of lawsuits in federal court. One suit targeted a single law -- Act 383 -- and the other was aimed at four additional laws.

Only Act 383 will go into effect Tuesday, unless the federal judge in that case stops it. Act 383 directs the Department of Health to adopt new guidelines for inspecting abortion clinics and procedures for shutting them down.

Bonyen Lee-Gilmore, a spokesman for the regional Planned Parenthood group, said clinics in Little Rock and Fayetteville likely won't see interruptions in service, but they could face closure for minor infractions without getting a chance to correct them.

In a ruling late Friday night, U.S. District Judge Kristine Baker put on hold three laws that would have gone into effect Tuesday, plus another that has a start date later in the year.

The capstone of the laws put on hold is Act 45, which would ban the procedure used last year in Arkansas for all 573 abortions performed after 12 weeks of pregnancy. The procedure, called dilation and evacuation, has been described by anti-abortion advocates as "dismemberment."

As of Tuesday, schools will no longer be in "academic distress."

Under Act 930, by Sen. Jane English, R-North Little Rock, the state Department of Education has more flexibility in how to intervene in academically failing schools.

Instead of an "academic distress" designation, failing schools will be assigned levels of assistance with varying roles for the state and the district. The act also allows the state to determine a school's success on measures beyond test scores.

Under current state law, schools have gone into academic distress when 49.5 percent or fewer students test "proficient" or "advanced" on state-mandated math and reading exams over the previous three years.

Kimberly Friedman, a spokesman for the Education Department, said the state Board of Education had classified Little Rock and Dollarway school districts as in need of the highest level of intervention earlier this month in order to comply with Act 930. That allows the districts to remain under state control.

Rep. Bruce Cozart, R-Hot Springs, who is chairman of the House Education Committee, said Act 930 moves the state away from No Child Left Behind testing requirements to comply with a new federal law -- the Every Student Succeeds Act.

Other changes for education include:

• Act 911, by Rep. Jim Dotson, R-Bentonville, requires superintendents to display "In God We Trust" -- the national motto -- in classrooms and libraries if funds are donated.

• Act 1105, by Rep. Mark Lowery, R-Maumelle, requires schools carrying more than 20 percent of funds from one year to the next to spend the money or put it toward a construction fund.

mAct 478, by Cozart, requires high school students to pass the civics portion of the naturalization test used by U.S. Citizenship and Immigration Services to earn their diplomas.

The Legislature also enacted recommendations adopted by the House and Senate Education committees meant to ensure educational equity and adequacy across Arkansas. The recommendations included a provision for schools to increase minimum teacher salaries by $400 in each of those two fiscal years, to end up at $31,800 a year.

State colleges and universities will transition to a new funding model under a bill that goes into effect Tuesday.

Act 148 by Lowery, shifts higher-education funding so that it's based on student productivity toward degrees rather than enrollment numbers.

Colleges that turn out more degrees will receive more money under the formula. Maria Markham, director of the Arkansas Department of Higher Education, said the department is working toward developing a final formula, which will need legislative approval. She expects it to go into effect in the 2018-19 school year.

The funding model was a priority for Gov. Asa Hutchinson, who pledged an additional $10 million for the state's 11 public universities and 22 public community colleges if the Legislature adopted the funding change.

Another change for higher education is Act 316 by Rep. Jana Della Rosa, R-Rogers, which establishes the Arkansas Future Grant program using $8.2 million a year in general revenue from the Workforce Improvement Grant and the Higher Education Opportunities Grant. The governor said those programs lack accountability and have low completion rates as a result.

The Arkansas Future Grant targets degrees in demand with a program that will pay for two years of study in fields such as computer science and welding at a community college or technical school. Officials will determine which fields are in high demand at the regional level.

While the Legislature's omnibus bill addressing parole, courts and mental health services -- The Criminal Justice Efficiency and Safety Act, or Act 423 -- does not go into effect until October, some ancillary pieces of criminal justice legislation are to take effect sooner.

Act 472 directs the judiciary to implement new rules regarding the evaluation of defendants who claim that they were not criminally responsible for the crimes of which they are accused.

The law requires the Administrative Office of the Courts to work with groups, including the Prosecuting Attorneys Association and the Public Defender Commission, to develop a uniform form to be used by all the state's circuit courts when ordering an examination of criminal responsibility.

Marty Sullivan, the director of the Administrative Office of the Courts, said the form will be ready to go by Tuesday.

And Act 566 -- dubbed the Helping Our People Excel Act -- opts the state out of a 1996 federal law and begins allowing people with drug convictions to receive public benefits, including food stamps.

Arkansas joined 42 other states in opting out of the law, according to Pew Charitable Trusts.

Few changes to the state's tax code will go into effect Tuesday. Laws affecting income taxes -- such as Act 141's tax cut on military retirement benefits -- will hold off until the start of a new tax year, Jan. 1.

One exception is Act 943, which clarifies that public schools and open-enrollment charter school buildings are exempt from taxation.

The Arkansas Crisis Center in Springdale -- the state's only call center that was affiliated with the National Suicide Prevention Lifeline -- c̶l̶o̶s̶e̶d̶ ̶i̶n̶ ̶2̶̶̶0̶̶̶1̶̶̶5̶̶̶ stopped taking calls through the national hotline April 2016*. This spring, lawmakers voted to establish a statewide center. The bill became Act 811.

While the law technically takes effect Tuesday, state officials say the hotline will not be active until September.

A spokesman for the Health Department said the agency still has to hire seven employees, including a supervisor, and is currently interviewing candidates.

When the employees are hired and trained, the Health Department will have provisional status with the national hotline, according to the spokesman. 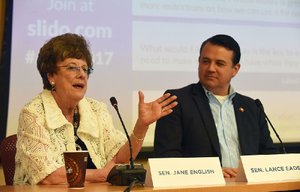 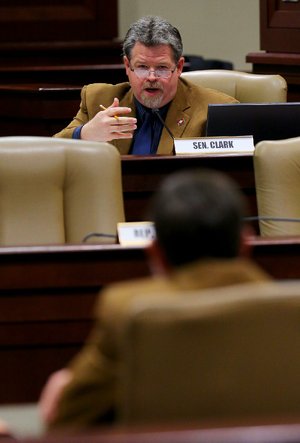 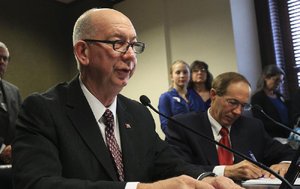 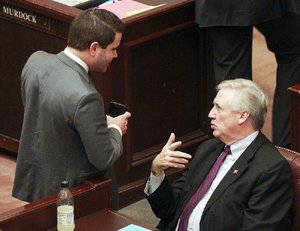 *CORRECTION: The Arkansas Crisis Center in Springdale operates a suicide prevention hotline that stopped receiving calls through the National Suicide Prevention Lifeline in April 2016. The center still takes calls through its own hotline. A previous version of this story incorrectly stated the center closed down in 2015.

Print Headline: Slew of new state laws set to kick in this week