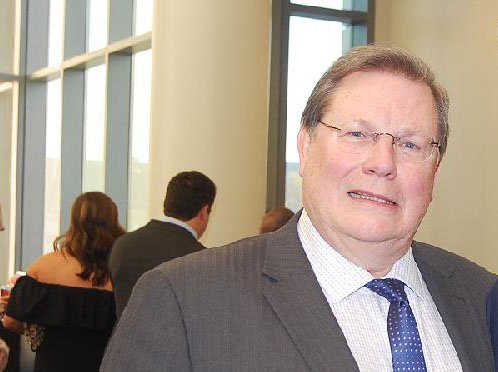 Little Rock Mayor Mark Stodola is shown in this photo.

Little Rock Mayor Mark Stodola said Friday that he will join dozens of other mayors in upholding the principles of the Paris climate agreement after President Donald Trump's decision to withdraw from the pact.

The president announced Thursday from the Rose Garden of the White House that his decision is a "reassertion of America's sovereignty" and called the agreement unfair to U.S. workers, the Arkansas Democrat-Gazette reported.

The decision drew criticism from environmentalists, foreign officials and collection of U.S. mayors, including Stodola.

Stodola said in a news release that he and 61 U.S. mayors signed a statement, through the Mayors National Climate Action Agenda, informing Trump of their plan to "continue America's leadership on climate change" within their cities.

In the coming months, Stodola said, he will work with his sustainability commission to develop ways that Little Rock can "do its part to honor the commitment to the goals of the Paris Agreement."

“President Trump’s political decision, contrary to the wishes of the United States and global science and business communities, the American people, mayors, the majority of Congress, his own Secretary of State, the U.S. military, and many more, places the United States with only Nicaragua and Syria as non signatories," Stodola stated.

"As cities, we will not let the decision stand in the way of us tackling this environmental, economic, and national security issue for our children and grandchildren. We will continue to take action.”

Other elected officials in Arkansas felt differently. In a written statement, Sen. Tom Cotton praised the president for his decision to leave the agreement.

"I'm more worried about what people pay for electricity in Paris, Arkansas, than I am the Paris Climate Accord, which would make them pay a lot more," Cotton said.