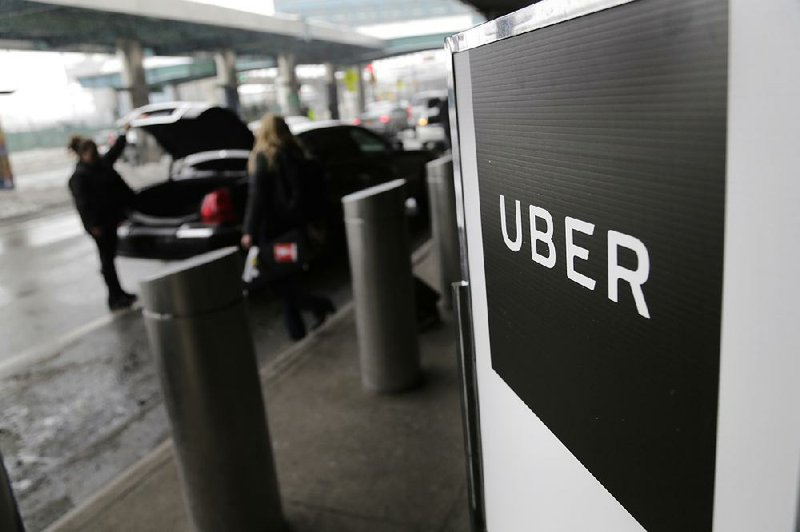 A sign marks a pick-up point for the Uber car service at LaGuardia Airport in New York in this March photo. Uber on Thursday reported another multimillion dollar loss even as its revenue grew.

HONG KONG -- Uber posted a $708 million loss in the most recent quarter and said its head of finance is leaving the company, the latest executive to depart in what has been a tough year to date.

Uber said Thursday that its first-quarter loss was narrower than the $991 million loss it posted in the previous quarter. It had revenue of $3.4 billion, up 18 percent from the final three months of last year.

"These results demonstrate that our business remains healthy and resilient as we focus on improving our culture, management and relationship with drivers," an Uber spokesman said in a statement. "The narrowing of our losses in the first quarter puts us on a good trajectory towards profitability."

Even before the departure of head of finance Gautam Gupta, Uber has struggled.

The San Francisco-based company recently lost its head of communications, president and other senior executives as it faces allegations of sexism and sexual harassment in the workplace. Chief Executive Officer Travis Kalanick had to apologize earlier this year after video of him arguing with an Uber driver was made public. And the Justice Department is investigating allegations that Uber used an app to thwart authorities who were trying to determine if the company was following local regulations.

The company this week followed through on threats to fire star autonomous-car researcher Anthony Levandowski, whose hiring touched off a bitter trade-secrets fight with Waymo, the former self-driving-car arm of Google.

Waymo has alleged that Levandowski downloaded 14,000 documents containing its trade secrets before he left the company to found a startup that was later purchased by Uber.

On Thursday, an Uber driver was killed outside Chicago by a 16-year-old girl in an apparently random attack with a knife and machete.

Uber said it has started a search for a chief financial officer. Gupta, who had been with Uber for four years, is going to work at another startup.

Uber is looking for a chief financial officer with experience at a public company as it considers its own initial public offering.

As a private company, Uber is not obliged to share its financial information with the public. Wednesday's announcement, which followed another peek inside Uber's financial performance, appears to be something of a prelude to Uber's potential life as a public company.

Information for this article was contributed by Mike Isaac of The New York Times.