Hogs look to continue roll with LB from Georgia 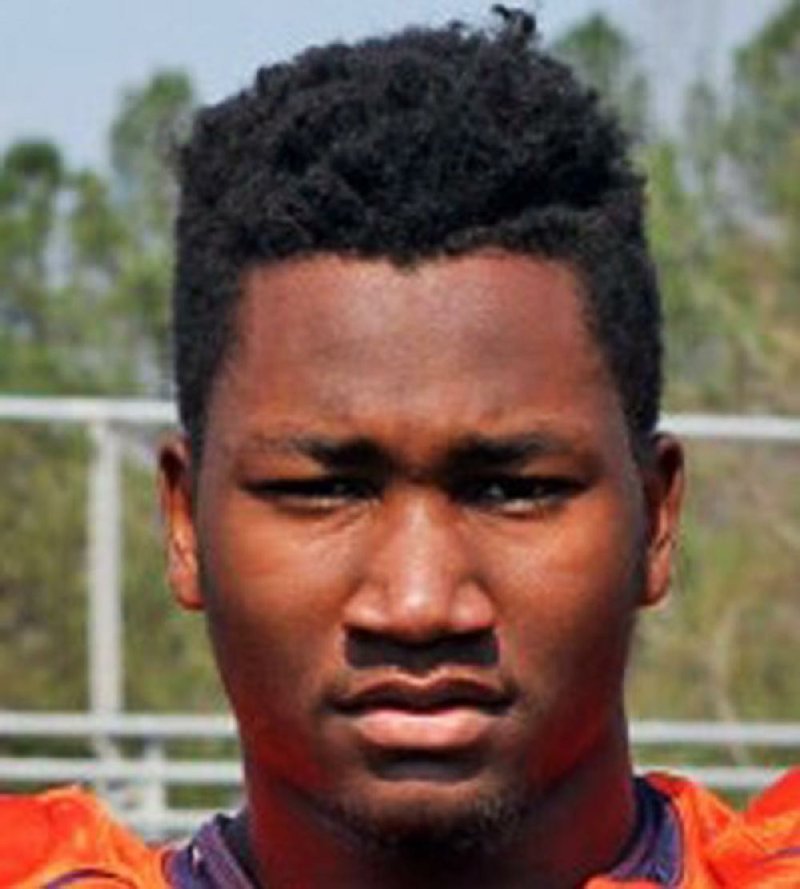 Arkansas Razorbacks Coach Bret Bielema and his staff are on a hot streak with three recent commitments, and they would like to add outside linebacker Thurman Geathers to the list.

Geathers, 6-3, 227 pounds, 4.7 seconds in the 40-yard dash, of Kennesaw (Ga.) North Cobb received a scholarship offer from the Hogs on May 3 and has more than 30 other scholarship offers from schools such as Arizona, Louisville, Maryland, North Carolina State, TCU and Pittsburgh.

He and his parents, along with his younger sister, plan to visit Fayetteville on Wednesday.

"I just want to meet the staff and see the field and the facilities and the academics and try and get a good feel for it," Geathers, a senior, said.

"Just showing interest really," Geathers said. "He tells me I have a good chance of playing."

"Coach Scott came first, and I was in weight training and working out," Geathers said. "He watched my film, and he said I looked great. Then four days later they offered me, and they were the first SEC school. That was really important that they came."

His parents want a school that's a good fit for him.

"They just want to make sure I feel comfortable at the school and it feels like home," Geathers said.

Geathers, who recorded 77 tackles and 15 sacks as a junior, also has plans to visit Indiana, Louisville and North Carolina State this week.

He plans to announce his college decision July 4 during a family cookout. He said a great visit to Fayetteville could lead him to commit to the Hogs.

"If so, I would be privately committed until July 4, if that was the case," Geathers said.

His parents raised him to be modest and have a strong work ethic.

"They raised me to stay humble," Geathers said. "Anything can be taken away so stay humble and just work hard."

Junior wide receiver Jameson Williams participated at the University of Arkansas, Fayetteville's elite prospect camp Saturday and would welcome a scholarship offer from the Hogs.

An offer from the Razorbacks would put them among his favorites because of his interactions with running backs coach Reggie Mitchell.

"Most definitely they would be in my top five because of the relationship that coach Mitchell built with me," Williams said. "We talked a lot. We mostly talked about academics."

"He said he was going to stay in touch with me," Williams said.

National recruiting analyst Tom Lemming of CBS Sports Network met with Williams and other top prospects at the University of Iowa. He rates Williams a three-star-plus prospect.

"He has good speed, strong hands and can catch the deep ball," Lemming said. "He's one of the better 2019 prospects in Missouri."

Williams said the trip to Fayetteville won't be his last.

"I'll most definitely get back," Williams said.