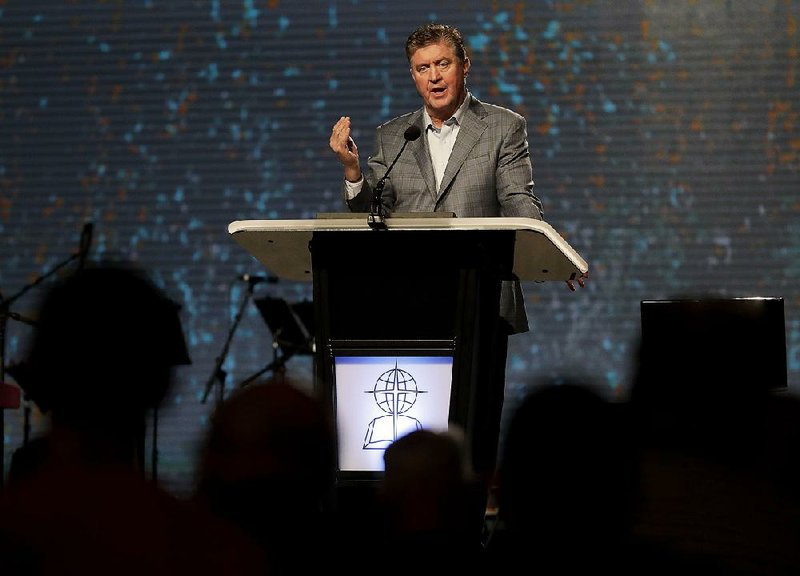 PHOENIX — Southern Baptists on Wednesday formally condemned the political movement known as the "alt-right," in a national meeting that was thrown into turmoil after leaders initially refused to take up the issue.

Tuesday night, Southern Baptist officials who oversaw the resolutions had refused to introduce a different repudiation of the "alt-right," which emerged dramatically during the U.S. presidential election, mixing racism, white nationalism and populism.

Barrett Duke, who leads the resolutions committee, had said the original document contained inflammatory and broad language "potentially implicating" conservatives who do not support the "alt-right" movement.

Introducing the new statement Wednesday, Duke apologized "for the pain and confusion that we created" but said the committee had been concerned about potentially giving the appearance of hating their enemies. Duke said the committee members "share your abhorrence of racism" and were grateful for the chance to "speak on 'alt-right' racism in particular and all racism in general."

The resolution was adopted after a short but emotional discussion.

"We are saying that white supremacy and racist ideologies are dangerous because they oppress our brothers and sisters in Christ," said the Rev. Russell Moore, who leads the Ethics & Religious Liberty Commission, the Southern Baptist public policy arm. "If we're a Jesus people, let's stand where Jesus stands."