Bail denied for Arkansas teen accused of fatally shooting officer; 'he didn't do this,' grandmother says 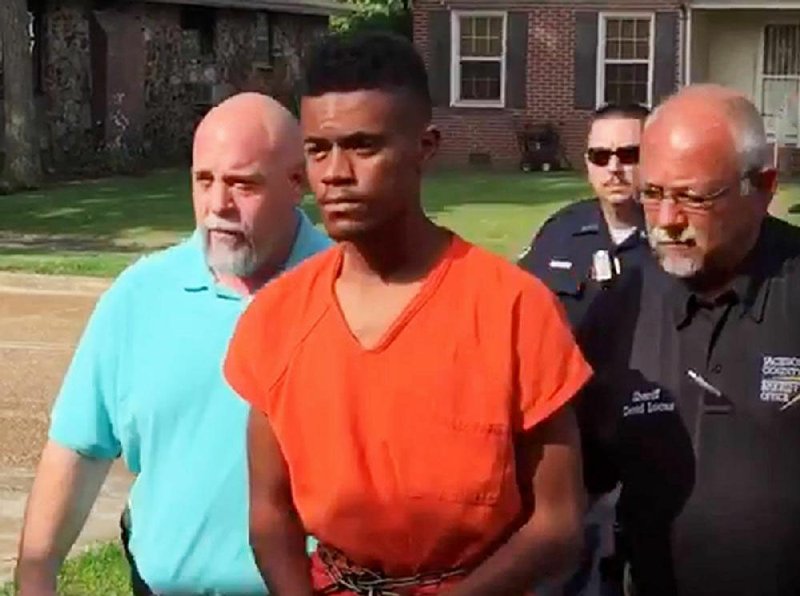 Officers escort Tyler Calamese, 18, into court Wednesday morning in Newport. He was ordered held without bail in the slaying of Newport police Lt. Patrick Weatherford.

Calamese, 18, of Newport is charged with capital murder in the slaying Monday evening of the 15-year police veteran.

Weatherford, 41, was fatally shot about 6:15 p.m. Monday in the town of 7,884 people. He and other officers responded to a reported vehicle break-in at a home near Remmel Park just west of Newport High School and saw a man fleeing on a bicycle, police said. When Weatherford gave chase, the suspect turned and fired several shots from a handgun at him, according to police.

Weatherford was taken to Unity Health-Harris Medical Center in Newport, where he died.

"According to statements [Calamese] made, he did in fact fire a shot that killed Lt. Patrick Weatherford," Howard said to Jines.

Griffin denied bail for Calamese and the teen, clad in an orange Jackson County jail uniform and shackled at the legs and wrists, was led from the courtroom by deputies and state police officers. Calamese did not comment to reporters.

Gina Reynolds and Chris Nebben, attorneys with the Arkansas Public Defender Commission, represented Calamese on Wednesday. They did not comment about the case.

During the hearing, Janet Reynolds, Calamese's grandmother, sat in the courtroom clutching a tissue and crying. Later, after deputies returned her grandson to the Jackson County jail, she stood beside her car outside the courtroom and said police had arrested the wrong person.

"[Tyler] did not shoot nobody," Reynolds said angrily. "This kid has never been in no trouble. I stand behind him. I know he didn't do this."

She said Calamese sent her text messages saying that he was at the Harmony Homes apartment complex in north Newport on Monday at the time Weatherford was killed. The apartments are about 3 miles north of Remmel Park.

Janet Reynolds said police "railroaded" her grandson and forced him to confess.

She said she knew Weatherford personally and is sorry he was killed.

"He was a great officer," she said. "You couldn't ask for a better cop."

Yellow police tape fluttered in the sweltering breeze Wednesday at the home on Remmel Drive and Bowen Street near where Weatherford was killed.

About a block east at the entrance to Remmel Park, a photograph of Weatherford rested against a brick column surrounded by candles, flowers and flags -- a memorial to the respected police officer. Flags flew at half-staff across the city. Gov. Asa Hutchinson ordered flags lowered until the officer's funeral Friday.

The governor said in a news conference Wednesday that he would work with state lawmakers to replenish the state's fallen-officer fund. Aware that two Arkansas officers have been killed in the line of duty this year, Hutchinson said he will ask that $10,000 be placed in the fund.

J.R. Davis, a spokesman for the governor, said the money will come from the Emergency Proclamation Fund. The governor's Emergency Fund Review Committee will meet Friday to approve the request.

Bennett said he was at the school Monday evening, showing a student's parents the gymnasium, when Weatherford was shot. Police asked to use one of the school's buildings as a command post that evening, he said.

Bennett said Calamese dropped out of school in April when he turned 18, about a month before completing his junior year. The superintendent said he had no disciplinary problems with Calamese.

Calamese played football for the Greyhounds for two years, offensive coordinator John Bradley said. He started in a few games last fall as a receiver and safety, the coach said.

"He always did what we asked him to do," Bradley said of Calamese. "We never had any problems with him in class. He did all his work, and he turned it in. We prayed like crazy he wasn't the one.

"We are all in shock," he said. "You see this happen on television and it's just news, but it's actually someone's reality. You don't really see that until it happens to you." 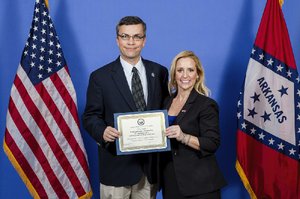