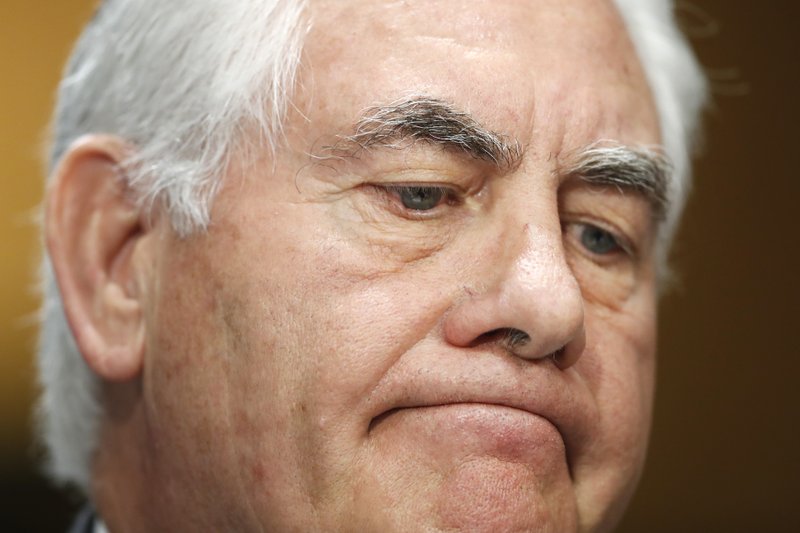 U.S. diplomatic and defense chiefs met their Chinese counterparts for security talks and pushed China to rein in companies that allegedly deal with its wayward ally North Korea in violation of United Nations sanctions.

Trump has been counting on China to use its economic leverage with the government of North Korean leader Kim Jong Un as American concern grows over the North's acceleration toward having a nuclear missile that can strike the U.S. mainland.

Trump tweeted ahead of Wednesday's talks that China's efforts to sway North Korea weren't working. That comment came amid anger in Washington over the death of Otto Warmbier days after the American student was released from imprisonment in North Korea in a coma.

Defense Secretary James Mattis said Trump's commentary "represents the American people's view of North Korea right now. We see a young man go over there healthy and with a minor act of mischief" and come home on the verge of death.

"China understands that the United States regards North Korea as our top security threat," Tillerson said. "We reiterated to China that it has a diplomatic responsibility to exert much greater economic and diplomatic pressure on the regime if they want to prevent further escalation in the region."

Chinese officials were not immediately available for comment after the talks. Beforehand, China said it was hoping for "positive outcomes" from Wednesday's dialogue. It had long pushed for a resumption of U.S. negotiations with North Korea, which currently appears a remote prospect.

The talks also covered the South China Sea, where China's island-building and construction of possible military facilities have rattled neighbors and caused tension with Washington; U.S.-Chinese military cooperation to reduce risk of conflict; and efforts to defeat the Islamic State group.

Divisive trade issues will be dealt with at a later date.

Information for this article was contributed by Richard Lardner of The Associated Press.