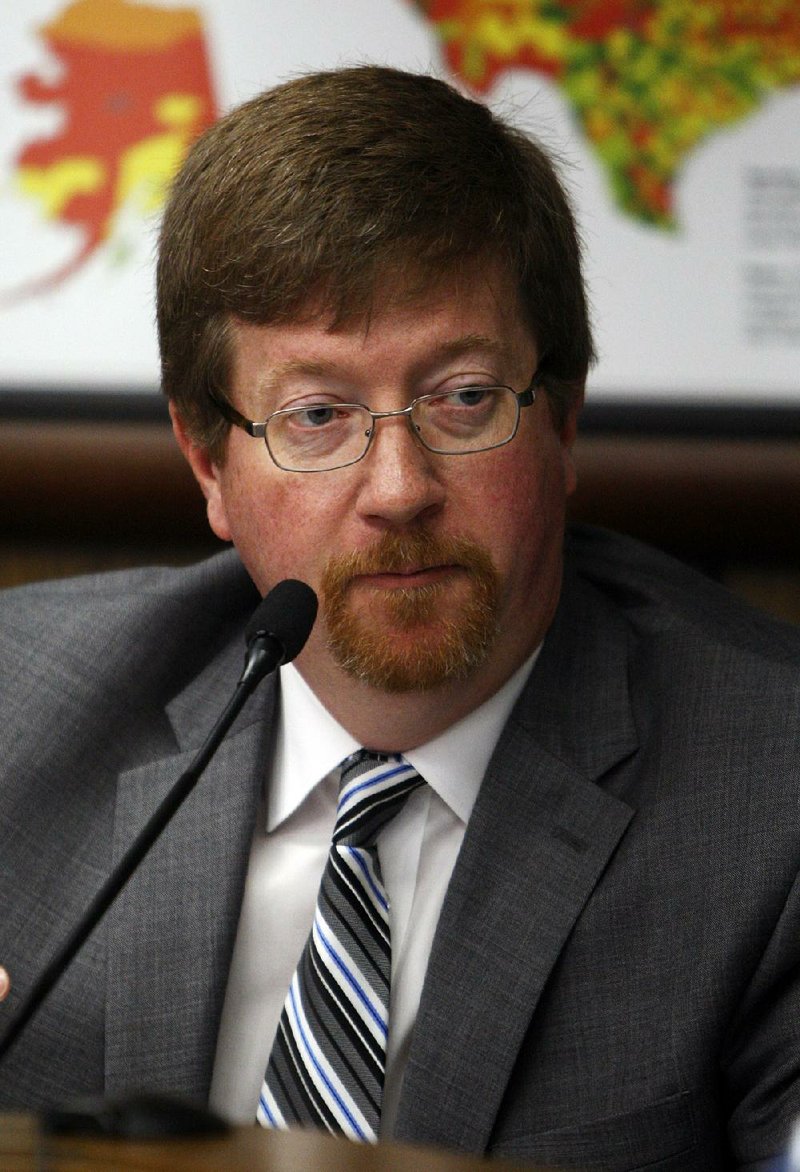 Arkansas Department of Education Commissioner Johnny Key is shown in this file photo.

The number of schools classified earlier this month as being on probation for violating state education standards in the 2016-17 school year dropped by nine Thursday, leaving a total of 11.

The Arkansas Board of Education met briefly Thursday to first undo its June 8 vote approving the accreditation report for the state's more than 1,000 traditional and charter schools and school systems, and then voted 5-0 for a new, corrected list of 2016-17 accreditation ratings for schools.

A total of 784 schools are accredited, 256 more are accredited but cited for their instructors who are working toward but do not yet hold state teacher licenses. Eleven schools and two systems are on first-year probation for violations of standards that set student class sizes, require licensed teachers and mandate certain course offerings.

Additionally, two school systems -- the Arkansas School for the Deaf in Little Rock and the Lee County School District in Marianna -- are on first-year probation for standards violations.

A school or district on first-year probation remains accredited and faces no penalty -- other than the stigma of the label.

If a school or district, however, repeats the violation or commits a different violation in the coming school year, the school is in jeopardy of losing state accreditation and being subjected to state Board of Education sanctions. State Education Board actions can include requiring a school district to reorganize or reassign staff, institute a new curriculum, provide staff training, close a school, remove a school from the district's jurisdiction, or annex a school district or part of a district to another district.

Johnny Key, Arkansas' education commissioner, said the state Department of Education "made a mistake" in failing to record the schools' timely resolution of accreditation concerns. "But as soon as we learned about it, we took steps to correct it, and we will work to improve our systems so this kind of thing doesn't happen again," he said.

Key apologized to the affected districts and their employees "for any negative perception" created by inaccurate probationary labels.

"We certainly do not want to do anything that portrays our districts in a negative light," Key said. "We are glad to make this correction today."

Lakeside School District in Garland County "had successfully resolved issues prior to the submission of the report and should have been removed from the report," Morris told the Education Board. "We appreciate the Lakeside administration for bringing this to our attention," he said.

Lakeside Middle School was put on the probation list initially for employing a teacher whose plan for attaining a state teacher license was not accepted by the state.

"Bauxite, Berryville, Heber Springs and Rector resolved their issues prior to the June 8 state board meeting," Morris also said. "We should have announced these updates at that time so the updates could be included in the final report."

As the review by the state took place, Stuttgart, Watson Chapel and Exalt Academy were identified as having resolved their violations, and Dumas had enough time to submit paperwork that qualified it to shed the probationary label, Morris said.

"We have or will notify each district affected," Morris told the Education Board members, most of whom participated in Thursday's meeting via telephone conference call. "It is important that the updates be approved and made public as soon as possible," Morris concluded.

Additionally, the Lee County School District and the Arkansas School for the Deaf are whole school systems on probation.

Education Board member Diane Zook of Melbourne questioned what state-supported interventions are available for the six schools in Pine Bluff and to Matthews Elementary School in the Dollarway district, which is part of a district operating under state control without an elected school board. The Pine Bluff School District campuses are not currently classified as academically distressed, but some of them have been in the recent past. Matthews Elementary is not labeled as academically distressed, but the Dollarway district's junior high and high school are so tagged by the state.

Academically distressed schools are those in which fewer than half of students scored at proficient or better levels on state math and literacy tests over a three-year period.

Zook noted that at least some of the schools in Pine Bluff were put on probation for exceeding the class-size limits that are set in the state accreditation standards. Exceeding the cap on the number of children per teacher in a classroom is troubling, she said, in school systems that have some history of low achievement in core academic subjects.

Deborah Coffman, the Education Department's chief of staff, said department staff members in the standards assurance unit and the school improvement unit will work together and with the affected school districts regarding the schools on probation.

Zook also said there are seven schools in the Little Rock School District that are labeled as accredited but cited for the second consecutive year because one or more instructors has not yet completed efforts to obtain state licenses. Three of those citations are in regard to people teaching gifted education. Others are for elementary school teachers, a special education teacher and a guidance counselor. The affected schools are Romine, Williams, Otter Creek, Wakefield and Watson elementaries, and Mabelvale Middle.

Zook asked Morris whether the Little Rock schools have a sense of urgency about their teachers attaining state teaching licenses. Failure by instructors to complete the education courses and tests necessary for licenses within a set period of time can cause schools to be placed on probation, she said.

Morris said the Education Department staff will consult with the district and schools about the licensure issue. 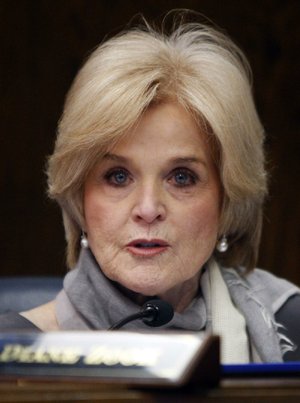 Photo by Jeff Mitchell
Education Board member Diane Zook of Melbourne is shown in this file photo.