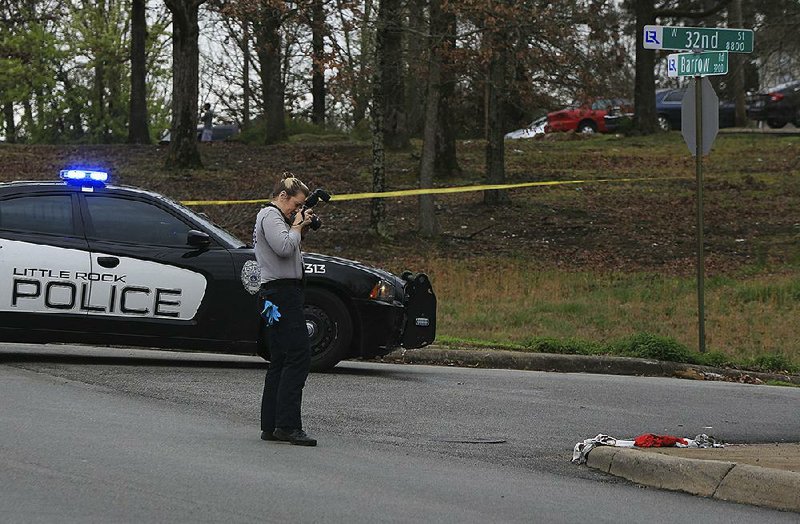 Little Rock Police Department crime scene investigator photographs the scene of a shooting Monday afternoon at West 32nd Street and Barrow Road. One person was critically injured in the shooting that occurred about 11:45 a.m. ( Staton Breidenthal)

A 19-year-old man remained in critical condition Monday night after being shot on a street corner in Little Rock earlier in the day, authorities said.

Officers were dispatched at 11:42 a.m. to the intersection of John Barrow Road and West 32nd Street for a report of a shooting that had just occurred, said Lt. Steve McClanahan, a Police Department spokesman.

When police arrived, they found Deontre Rhodes of Little Rock on the sidewalk suffering from what appeared to be multiple gunshot wounds, McClanahan said.

Rodney Dickerson said he was in the area with his 1-year-old son Monday when he heard a gunshot.

Dickerson saw the shooting victim on the ground and went over to check his vitals, he said.

"I was in the military," Dickerson said. "It was part of my training."

The victim, lying facedown on the concrete, was unresponsive and had lost a large amount of blood, he said.