Pat Boone listed on Arkansas college's board of regents, said he's never heard of the school 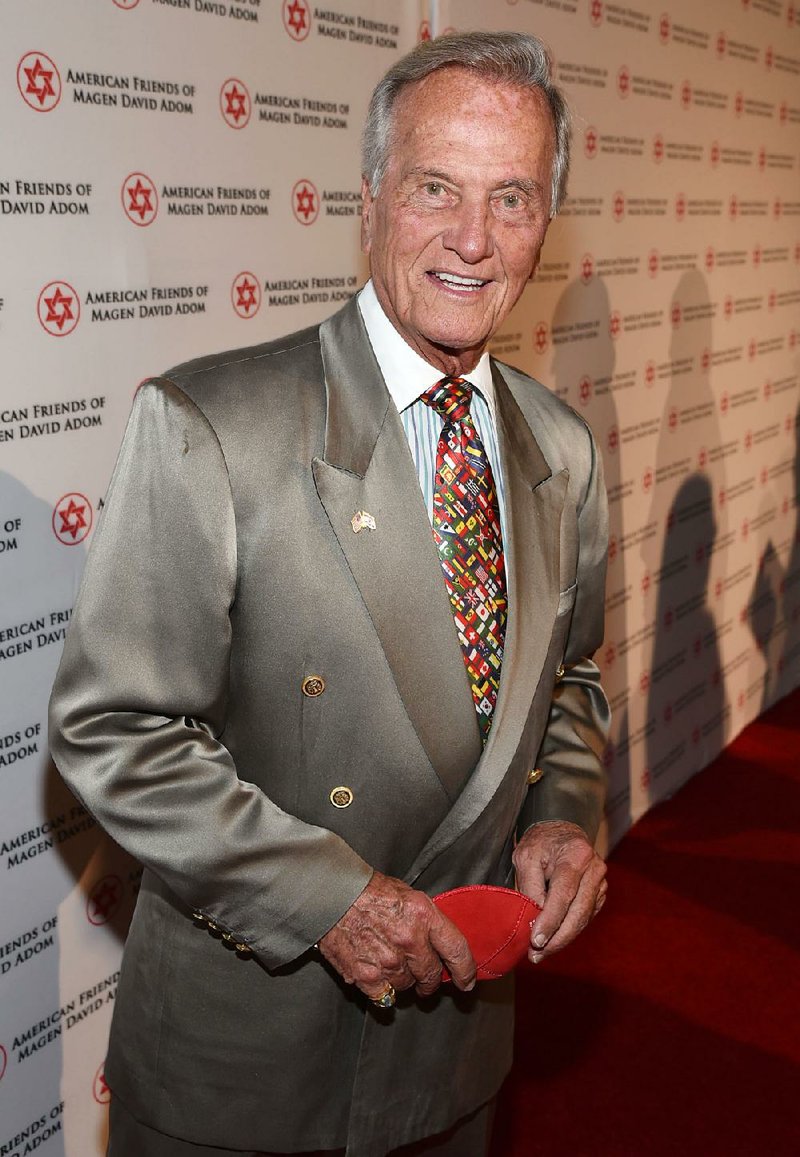 Singer Pat Boone said he has never heard of Ecclesia College and doesn't know why he is listed on the Springdale school's board of regents.

Robin Whitmore, Boone's assistant, relayed the message to a reporter after speaking with Boone on Tuesday night.

"Pat said he's not only not on the board, he's never even heard of this college," Whitmore said. "He said he would love to know who the person is who put his name on there because that is just wrong information."

Boone, 82, and nine other people are listed as "featured" members of the board of regents on the college's website, ecollege.edu/regents.

Last week, Ecclesia College President Oren Paris III was charged in federal court with nine counts of wire fraud and one count of mail fraud in a kickback case involving state legislators and hundreds of thousands of dollars in state funds.

Paris hasn't returned telephone calls or emails seeking comment about the indictment or the board of regents.

Attempts to reach members of Ecclesia's board of regents or its board of governance also have been difficult.

Steve Henderson, president of Christian Consulting for Colleges and Ministries Inc., said Friday that he was surprised to learn he was listed on Ecclesia's board of regents, although he does know Paris.

"I don't know how I got listed," Henderson said.

H.D. McCarty, who for 39 years was senior pastor at University Baptist Church in Fayetteville, said he was on the Ecclesia board years ago but didn't realize he was still a regent.

"Am I listed there?" McCarty asked.

After being informed that he was listed as a regent on the website, McCarty said, "They don't take you off."

McCarty, 84, said being a regent at Ecclesia is like being "an adviser and someone who lends their name to the support of the college."

"The regents at some colleges is a very loose thing -- it's a verbal 'I'm all for you,'" McCarty said. "There's no remuneration. I never got a penny from Ecclesia."

McCarty said he never attended a meeting of the Ecclesia board of regents -- if it had meetings -- but he was in regular contact with Paris during that time.

According to Ecclesia's website, its regents are "reputable, exemplary leaders."

"Our board of regents is a denominationally diverse group of leaders who exceptionally model and share our wholehearted involvement in the advancement of God's kingdom under the lordship of Christ," according to the website.

The board of regents apparently differs from Ecclesia's board of governance. Seven members of the board of governance -- including Washington County Judge Joseph Wood -- signed a letter March 2 saying they had confidence in Paris and that he should remain as college president during "these challenging times." It's posted on the college's Facebook page.

Just in case Boone had agreed to serve on the board back in the 1990s, when Ecclesia was known as Elm Springs Bible College, Whitmore asked Boone if that name rang a bell. He said it did not.

She also asked Boone if he had ever met Twila Paris, a contemporary Christian singer whose father founded Ecclesia College and whose brother serves as the college president.

Whitmore said Boone told her he knows who Twila Paris is, but "I don't know if I've ever had any interaction with her."

"He doesn't have any personal connection with her," said Whitmore, who was speaking from the office of Pat Boone Enterprises in West Hollywood, Calif.

Twila Paris didn't return an email message seeking comment Wednesday. She is listed as a spokesman for the college on its website.

"Those who know him well know that he is a man of deep integrity with a long established record of exemplary character," it read. "It is very clear that his highest aim is always to please God. My family and I are humbled and strengthened by the many people of good will who are believing the best and standing with us in prayer during this season we could never have imagined."

A glowing profile of Boone on the Ecclesia College website refers to him as a legend.

"If the titles movie star, gold-record recording artist, best selling author, Broadway headliner, and television star qualify someone as a legend, then Pat Boone certainly fits the bill," according to the website. "He is self-effacing, God-fearing, enthusiastic, loving -- and quite a wit to boot."

Boone was the second-biggest charting singer in the late 1950s, next to Elvis Presley, according to The Billboard Book of Top 40 Hits.

According to the charges, the legislators directed state money to the college in return for cash. The indictments didn't name Ecclesia but did name Paris as the president of the college receiving the state grants.

Patrick Benca of Little Rock, Woods' attorney, has said his client is innocent.

McCarty said he was "heartsick" about the indictment. Concerning Oren Paris, he said, "I trust him and believe in him."

"I believe in the mission of Ecclesia and what they're doing and support it totally," McCarty said.