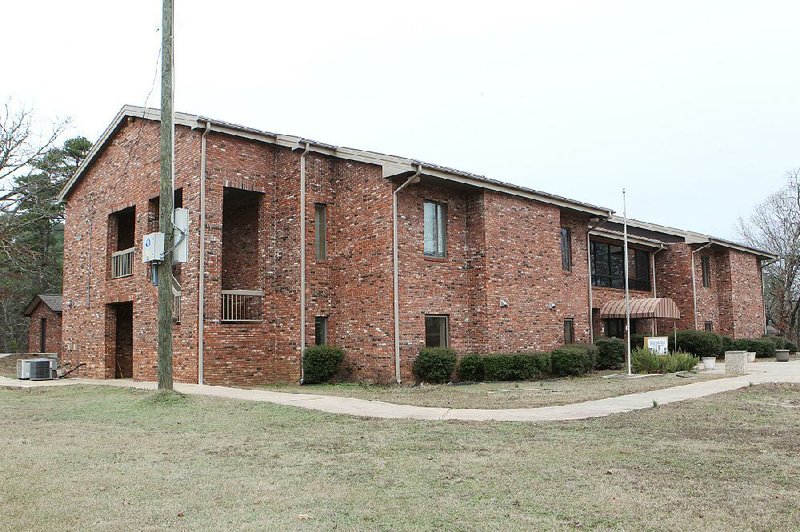 The Arkansas National Guard is considering whether it could use the former Ouachita Job Corps building now that the federal government is no longer interested in it. ( THE SENTINEL-RECORD / Richard Rasmussen)

With the federal government backing away from using the former Ouachita Job Corps Center as a shelter for unaccompanied alien children, the Arkansas National Guard will push forward on plans to take over the site, officials said.

The U.S. Department of Health and Human Services announced Wednesday that it is no longer considering the federal Garland County property for use as a shelter for minors apprehended after illegally entering the United States.

The decision, which answers a question that frustrated officials and the state's congressional delegation, was announced one month after the U.S. Senate confirmed President Donald Trump's new chief of the agency. Backers of competing federal and state proposals to use the vacant site also were grappling with costs of preparing the site for use.

A Health and Human Services spokesman cited the expense and said the department doesn't need it.

"In addition to significant resources that would be required to use the site for sheltering unaccompanied children, at this time [Health and Human Services] does not have use for this additional capacity," spokesman Victoria Palmer said in an email.

After the announcement, a public affairs officer for the Arkansas National Guard said the agency would consult with Gov. Asa Hutchinson's office and the congressional delegation to put together its plans.

The plan has not progressed since the National Guard toured the facility in January, the official said.

"It was kind of dead in the water," Lt. Col. Keith Moore said. "We were waiting on any kind of decision. We really didn't have a formulated strategy because everyone anticipated that it wouldn't happen."

One of the chief sticking points for the National Guard will be the cost to refurbish the property, Moore said.

A Forest Service supervisor, in a Dec. 21 memo addressed to National Guard Brig. Gen. Gregery Bacon, estimated it would cost at least $2 million to ready the building for a new use. A sea wall needs to be repaired, some buildings would have to be demolished and the sewage facility must be replaced, the memo says.

The National Guard first expressed interest in using the facility Dec. 4. Two weeks later, Health and Human Services officials toured the site to assess whether it could be used as a shelter.

Such shelters are a step between children's detentions and their long-term releases to sponsors with whom the children live while their immigration cases are heard. The children, 95 percent of whom are from Guatemala, Honduras or El Salvador, are fleeing gang violence in their native countries, immigration experts have said.

In the 2014 and 2016 fiscal years, the number of children the U.S. Border Patrol referred to the Health and Human Services Department's Office of Refugee Resettlement surged. The more than 59,000 referrals the agency received in the fiscal year that ended Sept. 30 was a record and more than four times the 13,600 children referred to the agency in fiscal 2012.

President Donald Trump nominated Price, a former Georgia congressman, for the post. The Senate confirmed Price on Feb. 10 by a party-line vote of 52-47.

As part of the confirmation process, Price met one on one with senators. Cotton brought up the former Ouachita Job Corps site during his meeting, a spokesman said.

"He raised this point directly and discussed his concerns about why he didn't feel that was a good use of the Ouachita Job Corps Center," said Caroline Rabbitt, Cotton's communications director.

"This is irresponsible and against the wishes of Arkansans who were not consulted about this decision," the statement read. "[The Health and Human Services Department] is unable to provide basic information about who may reside at this facility, where these immigrants come from, or how long this shelter will last, and the potential risk to public safety is enormous."

Westerman served on the U.S. House Budget Committee when Price was its chairman. Westerman said he couldn't remember if he specifically raised this issue with Price in recent conversation but said Price's confirmation "did not hurt" their case.

"I think they probably saw the resistance from the community and the congressional delegation," Westerman said of the Health and Human Services Department.

Westerman in an interview Wednesday reiterated his desire that the site be used to accommodate an expansion of the Youth Challenge program. He also said partnerships with nearby school districts and other state services could be tied into the proposal.

"I think we don't have to worry about [Health and Human Services] moving into the facility right now, and I think that gives us a green light for the National Guard to look at using the facility for the Youth Challenge program," Westerman said.

Cotton has "no official position" on how to use the site, Rabbitt said.

"He wants it to be used in the way Arkansans feel best serves the state," Rabbitt said.