Two accused of placing man's body in suitcase, driving it to Arkansas, leaving it in farm field 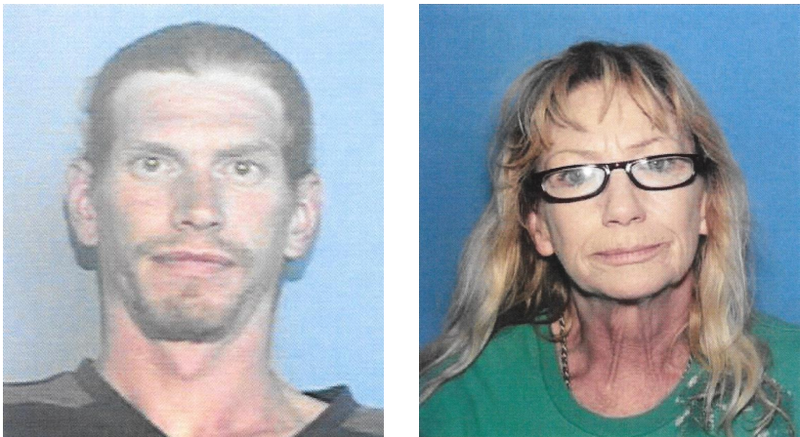 Two caregivers of an elderly man who died in New York state face charges of abusing a corpse after, police say, they placed his body in a suitcase, drove to Arkansas and left it in a Prairie County farm field.

Michael Stivers, age unknown, of Johnstown, N.Y., who was being held on unrelated charges in the Lonoke County jail, also was arrested, Arkansas State Police spokesman Liz Chapman said in a news release.

Both Colvin and Stivers have relatives in Arkansas, police said.

Police have not identified the body, found Sunday inside a suitcase at the Prairie County farm, pending the notification of family members, Hickman said. A preliminary autopsy conducted by the state Crime Laboratory in Little Rock indicated that the man died of natural causes.

Lt. David Gilbo of the Johnstown Police Department told The Leader-Herald of Gloversville, N.Y., that officers questioned a woman who lives in the two-family home in Johnstown where the victim lived, but she was not charged.

He said in a news conference Wednesday that police were not considering the man's death a homicide.

"It does seem bizarre," Gilbo told The Leader-Herald of the case.

Police said Colvin and Stivers placed the man's body inside a suitcase and made the 1,300-mile trip to Arkansas. A witness told police that he saw the body inside a pickup Sunday near Des Arc, authorities said. By the time Prairie County deputies responded, the truck was gone, but they later discovered the suitcase in the farm field, authorities said.

The witness' description of the truck led police to Colvin, authorities said.

Hickman didn't give the location of the Prairie County farm, saying the case was still under investigation. He added that the man was not dismembered.

The sheriff said the man was about 4 feet 11 inches tall.

Gilbo told The Leader-Herald that police were investigating the case as a possible fraud for Social Security payments or insurance.

"This is still an open investigation," Hickman said. "They are actively investigating this in New York to find out what happened up there."