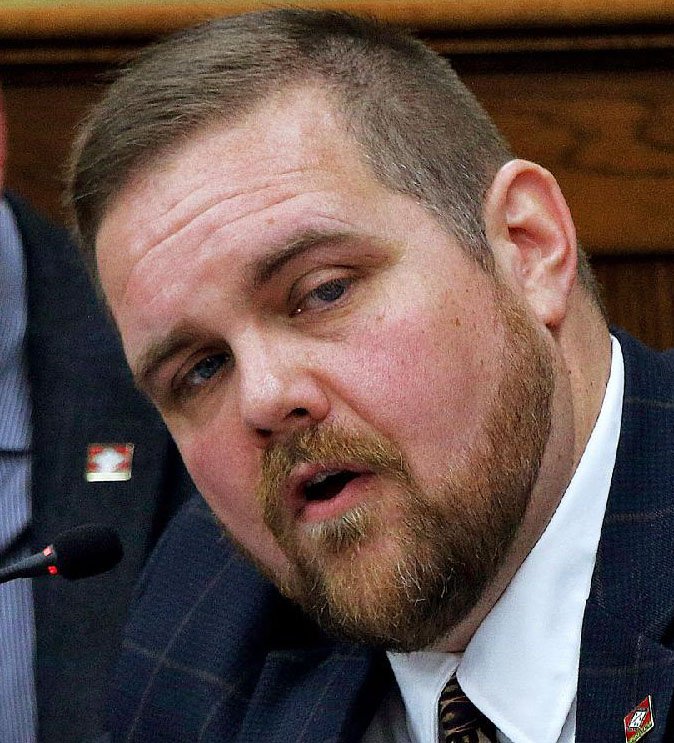 The University of Arkansas and Arkansas State University systems are helping state Rep. Bob Ballinger write an amendment to the Arkansas Freedom of Information Act that legal experts say isn't needed and would cripple citizens' access to public records.

Emails obtained by the Arkansas Democrat-Gazette show attorneys and other officials for the universities last week wrote and sent proposed language for Senate Bill 373.

The bill already would exempt attorney-client communications, which open-government proponents say is too broad and would conceal records that should be public.

The universities' proposed language would exempt records involved in future or "threatened" litigation, as well as pending litigation.

John Tull, a Little Rock lawyer who specializes in First Amendment and free press litigation, said the universities' proposal, if approved by legislators, would allow government agencies to refuse to reveal public records when "only a 'possibility' of litigation" exists.

"For instance, if an employee is fired for improper activity, the record keeper could claim this is attorney work product because the employee has threatened litigation. It will put the burden on the public to bring suit" to obtain public records, Tull said in an email.

Because state law doesn't mandate payment of attorney's fees for a citizen in even a successful lawsuit, Tull wrote, "I fear many cases will not be challenged" because of the expense.

University officials have said legislation like SB373 is needed to solve a problem that plagues state and local governments. When agencies are involved in legal proceedings, opposing attorneys can request notes, strategy and other papers under the Freedom of Information Act and gain an unfair advantage, they say.

Tull, however, said that problem already has a legal remedy. The Freedom of Information Act, A.C.A. 25-19-105 (b) (8), now allows a court to issue orders to protect such documents.

"I am unaware of any court which has refused a request for such a protective order," Tull said.

UA System spokesman Nate Hinkel acknowledges that university attorneys "are able to seek court orders at times," but he said they have "also turned over records in some instances."

The lawyers work in fear that their records could be revealed, he said.

"Because there is no exemption to the FOIA and no guarantee that a court will order records sealed, our attorneys are hampered in their ability to prepare, strategize and communicate with each other and with clients," Hinkel wrote in an email.

Tull and other critics of SB373 worry especially about the university systems' language to include "threatened litigation."

"Anybody can say 'I'm going to sue,'" said Tom Larimer, executive director of the Arkansas Press Association. "That would apply to all of us. Anybody can be sued for anything at any time."

An exemption for threatened litigation would allow state and local governments to withhold almost any document, Larimer said.

University of Arkansas at Little Rock law professor Robert Steinbuch said SB373 is "so encompassing, there will be some wrongdoing that is going to be covered up" because a government agency will refuse to release records.

When such a crime takes place, he said, "the first thing that the university, who's backing this bill, will do is claim that all of those records are subject to the exemption Mr. Ballinger seeks to put in place."

At least 10 bills are moving forward in this year's legislative session that would add exemptions to the state's public records law, one of the nation's strongest.

Larimer and others have called the glut of legislation an "unprecedented attack."

SB373 is one of the most vigorous, experts say.

The state Senate has already approved a version. It's now before the House Committee on State Agencies and Governmental Affairs.

Another proposed measure, House Bill 1622, would allow government agencies to postpone the deadline for producing a "burdensome" request for public records from a maximum of three days to almost indefinitely. That bill is before the same House committee.

As critics voiced concern in late February about the breadth of SB373 and its attorney-client exemption, sponsor Rep. Andy Davis, R-Little Rock, expressed doubts about it.

Ballinger, a Hindsville Republican, took Davis' place promoting the bill in the House.

Ballinger promised to draft amended language that would limit the reach of attorney-client privilege.

The newspaper received five emails dated Tuesday and Wednesday that involved Ballinger and university officials discussing the wording of SB373.

Asked to comment, Beaumont said: "Our main concern has been the abuse of FOIA related to threatened or pending litigation. We expect the bill to be amended in a way that will narrow it to the litigation context."

Maxey and Phelps did not respond to questions by late last week.

In the emails obtained by the newspaper, Maxey rewrote language that had been proposed earlier by the Arkansas Bar Association. The lawyer group opposes SB373 as too broad an exemption on the state's public records laws and is trying to narrow it, said bar president Denise Hoggard.

She went on to define "threatened litigation" as "awareness by a governmental entity, through a written or verbal communication, that a potential claimant may seek legal relief."

One email from Beaumont to Ballinger expressed the university's appreciation: "Thanks again for your help on this, Representative. We appreciate you taking the time. We will get the language to you soon."

Ballinger said late last week that the final language for SB373 won't be in place until Monday.

A lawyer, Ballinger said he doesn't want government attorneys to be at a disadvantage during a trial.

"I want the FOIA to be strong and hold government accountable," he said in an interview. "I'm still visiting with some of the people who have concerns" about the bill.

"Are there bad guys out there who don't comply with the FOIA? Yes," Ballinger said. "And there still are going to be. That won't change."