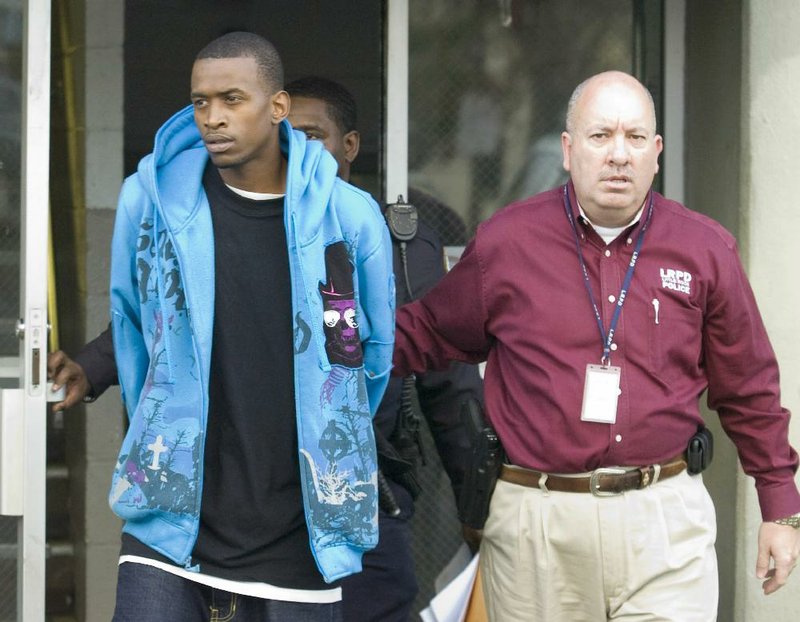 It’s a corner suite on the second floor of the 12th Street Little Rock Police Department substation. Its windows overlook one of the city’s most violent neighborhoods. 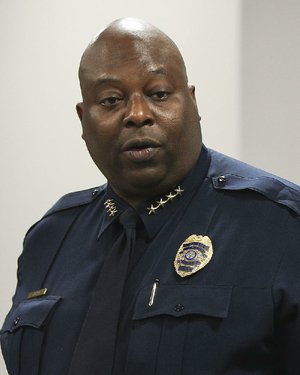 Officers enter the room unarmed and in plain clothes. They’ve been placed on administrative leave, and their duty weapons are sealed in evidence bags at the state Crime Lab across town.

For the moment, they’re murder suspects.

At a large square table, many weep.

“Some of the toughest guys I see up here, they’re still here now, they break down in this room,” former Little Rock homicide detective Tommy Hudson said.

Statewide, police killed 67 people in the past six years, including 13 in Little Rock, an Arkansas Democrat-Gazette investigation found.

The vast majority of those killings, prosecutors say, are cut and dried: A suspect endangered an officer, the officer shot out of fear for his life.

In a matter of weeks, a prosecuting attorney usually rules the shooting as justified, and the officer returns to duty.

For some officers, it doesn’t end there.

“They hate they did it,” said Hudson, a 31-year police veteran who retired in January.

He speaks from experience. He’s killed one man and wounded another in his career. He remembers feeling sympathy for the family of the man he killed.

Most departments require an officer to see a mental health professional after a deadly-force incident. Sometimes, departments assign that officer to a desk job for a short time.

Several cops involved in shootings in recent years declined to discuss them for this article, saying the trauma of nearly being killed and taking the life of another person weighs on them.

National anger about police shootings has increased that heaviness, local law enforcement leaders say, leading many officers to second-guess themselves and their careers.

Police in Arkansas have a good bit of support from government leaders — the governor even proclaimed May 20 “Back the Blue Day” — but police recruiting is way down.

Applicant pools have shrunk from Fort Smith to Jonesboro in recent years. Some departments blame it on the “Ferguson Effect” — referring to the 2014 shooting death of an unarmed black man by a white police officer in Ferguson, Mo. That case spawned mass protests.

Other departments declined to speculate about the cause but acknowledged a drop in recruits.

Two Little Rock Police Department rookies dropped out of the training academy after five Dallas officers died in an ambush in July.

“We’re seeing signs that it’s impacting our ability to hire, but this has always been a difficult sell,” Little Rock Police Chief Kenton Buckner said.

Hudson, who is immediate past president of the Little Rock Fraternal Order of Police, said several department veterans with 10-15 years of experience left the force “because of what’s going on around the United States.”

Officers don’t want to be “the next guy on CNN,” he said.

What’s happening around the U.S. troubles Chuck Graham, the Lonoke County prosecutor and 2016 president of the Arkansas Prosecuting Attorneys Association.

“I believe there are cops who are dead because they were hesitant,” he said of using deadly force in the current climate.

He fears the day when a law enforcement officer in his county takes a bullet because the politicized atmosphere caused him to pause during a life-and-death situation.

“The difference between someone shooting you and you pulling the trigger is like that,” he said with a snap of the fingers.

Authorities in Johnson County know that fine line all too well.

Early on the morning of May 15, 2015, Johnson County Auxiliary Deputy Sonny Smith instructed Fred Kauffeld, a fugitive, to “Put up your hands.”

Smith returned fire, but he’d already been fatally shot. Kauffeld was convicted of first-degree murder last year and sentenced to 28 years in prison.

In Searcy County, Deputy Lang Holland can’t remember if he even finished saying “drop the gun.”

He recalls only the deafening bang and collapsing to the flour-dusted floor of a bakery where a man held the owner and others hostage.

With a bullet in his hip and the hostages on his mind, he fired back.

“Man, was I thankful for him that day,” said David Lower, owner of Serenity Farms Bread in Leslie.

Lower was one of the hostages being held at gunpoint on Oct. 17, 2014, until Holland and an Arkansas State Police trooper arrived. During the ensuing shootout, the officers wounded hostage-taker 75-year-old John Kolata of Marshall, who later died.

A Democrat-Gazette review of deadly-force cases shows police shot at least 135 people in Arkansas between 2011 and 2016.

Like Holland, most officers had only seconds to weigh life-or-death decisions.

Some cops had even less time: 3 were shot dead — without any warning — in the past five years.

The cases underscore the uncertain nature of an average police officer’s day. A traffic stop can quickly go wrong. A hostage situation can upend a normal shift in a quiet rural county.

“It would be very hard for a member of the public to understand how rapidly a traffic stop can evolve,” Arkansas State Police Capt. Mike Kennedy said.

“Out there, you’re on your own. It’s one-on-one, and backup may be one, two, three counties away,” Kennedy said.

While the Democrat-Gazette found records to gauge how often police use deadly force, it couldn’t determine how often officers exercise restraint — something police say would be impossible to ascertain because of how often it occurs.

Last August, a man fired 62 rounds from an assault rifle at Sebastian County deputies. He killed one deputy and wounded another officer, but police never returned fire.

Investigators haven’t determined a motive for that shooting.

“People don’t understand the level of violence,” Kennedy said. “There are people out there who want to kill you just because you wear the uniform.”