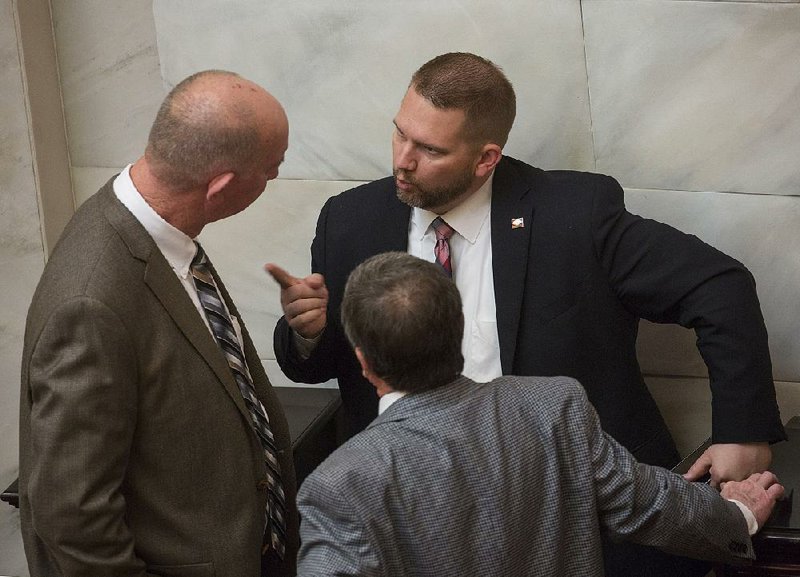 Concerns from the governor prompted a state representative to modify a bill aimed at shifting state dollars for public education into so-called education savings accounts for interested families.

Rep. Jim Dotson, R-Bentonville, made a motion on the House floor Monday to move House Bill 1222 back to the House Education Committee. The House approved the motion in a voice vote.

The bill establishes student "education savings accounts" worth about $6,712.50 per year. The money could go toward 13 different categories.

Gov. Asa Hutchinson said Thursday that he was concerned about the bill's cost.

A Department of Finance and Administration fiscal impact statement found the bill would cost the state $6.5 million in fiscal 2019. The cost could increase at a rate of 10 percent per year.

Dotson said in an interview Monday that he planned to amend the bill to limit the program to $3 million. It would no longer be allowed to grow each year under his planned amendment.

He said he would also include a provision to end the program in four years without additional legislative action.

"We're making it a true pilot program, so it's reduced in scope to where it has a sunset date," Dotson said.

"We'll try it out for a few years, see how it operates. If there's any interest in it from that point, we'll make a determination into whether to continue the program or pull the plug."

Hutchinson said in a statement that he was pleased with the planned changes.

"I'm pleased Rep. Dotson was willing to change the scope of his legislation into a pilot program," he said.

"This will not only limit the financial exposure to the state, but it will provide an opportunity to study the program while monitoring any unnecessary impact to the budget."

Under HB1222, the education savings accounts would be managed by nonprofit groups.

Last week, Dotson told the House Education Committee that the bill would "create an opportunity for students to have access to educational services that specifically meet that individual student's unique needs."

Opponents said the bill would expand access to public education funds to private schools that cannot be held to the same standards as public schools.

The committee passed the bill on to the House with one vote to spare.

Education savings accounts legislation has been enacted in five states, according to the National Conference of State Legislatures. Nevada's Supreme Court has ruled that the state could not pay for accounts using money intended for public schools.