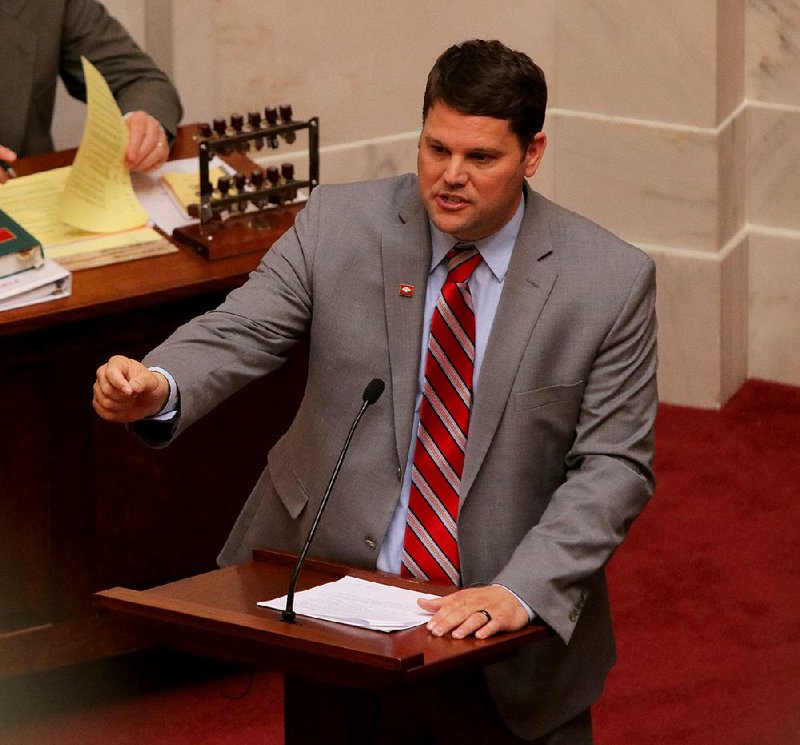 Sen. Bart Hester, R-Cave Springs, is shown in this photo.

A legislative panel on Wednesday narrowly rejected a bill that would transfer $18.5 million in surplus funds from the state Insurance Department's trust fund to the secretary of state's office to buy voting equipment for counties.

Hester said the money would buy "much-needed voting machines in each of our districts." SB297 also would grant the secretary of state's office $34.5 million in spending authority for county voting system grants.

Duncan Baird, state budget administrator, said that under state law, a surplus of the Insurance Department's trust fund "will be swept into general revenue and will go to fund the Revenue Stabilization Act," which distributes general revenue to agencies and programs.

"We have been under forecast for most of the [fiscal] year, so these funds will go to help essentially fund the Revenue Stabilization Act for the current year," he said

Ryan James, a spokesman for the Insurance Department, said the department is allowed to keep one year of operating revenue totaling about $13.8 million in its trust fund, which is financed with license fees under current law.

Boyd said buying new equipment and software for the rest of the state's 75 counties would cost about $29.6 million, and the office would have to pay $2.3 million to $2.5 million in sales taxes on this purchase. Legislation is pending in the House to exempt these purchases from the sales taxes for two years, he noted.

"With agreement from the company [Election Systems & Software], we can provide the election equipment to the remainder of the state with this $18.5 million, provided I can come back to this body next year and maybe the year after that and get some additional appropriation," Boyd said.

Hester said the Insurance Department has sought funds to help construct a new building in Little Rock, and lawmakers have been opposed to the project.

Sen. Larry Teague, D-Nashville, said the department "is not going to be allowed to use that [money for a new building] because we need the money for Revenue Stabilization. It's that simple."