Man gets 35 years in deadly robbery at Little Rock restaurant 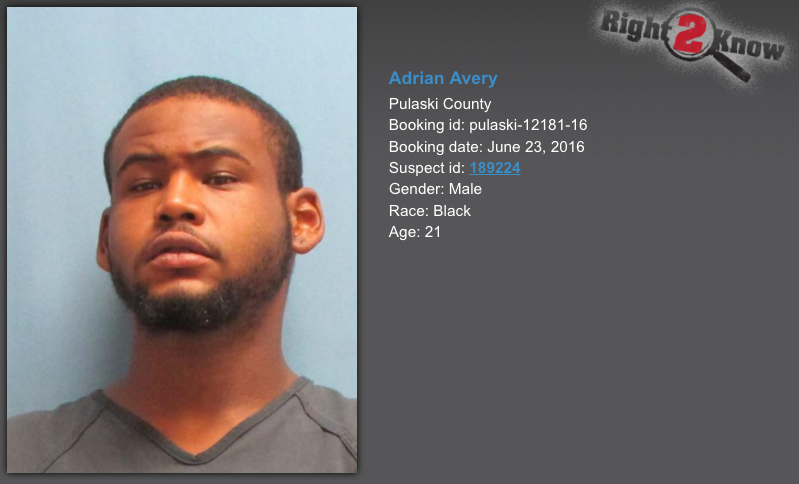 A 21-year-old North Little Rock man was sentenced to 35 years in prison Monday for participating in a June restaurant robbery in which a 77-year-old man was killed.

Harold Donald "Tweety" Byrd, a regular customer at the Frontier Diner, was shot in the head by two masked men while waiting to pay for his lunch during a lunchtime holdup attempt at the Interstate 30 eatery in Little Rock.

The robbers fled without taking anything.

A witness in the parking lot got a glimpse of the robbers' car and was able to provide a partial license plate number that police were able to trace to Adrian Devonte Avery. Detectives arrested him that same day less than five hours after Byrd was killed.

Avery, barely two weeks before he turns 22, pleaded guilty Monday to first-degree murder, reduced from capital murder, and aggravated robbery in exchange for the prison sentence that will keep him behind bars until he is at least 45 years old.

Questioned by Pulaski County Circuit Judge Wendell Griffen about what he'd done to be guilty of murder, Avery said he'd participated in the holdup attempt.

"I went to the diner with my co-defendants to commit an aggravated robbery, and a man was killed," Avery said.

Deputy prosecutor Barbara Mariani told the judge that Byrd was killed because the other robber, 22-year-old Marquis Diquan Earl Parker, slipped in the entryway and pulled the trigger.

Parker was arrested the day after the slaying. His next court date is in April.

The getaway driver, Corey Lamont Eskridge, 21, of North Little Rock, pleaded guilty to aggravated robbery in December in exchange for a 10-year prison sentence and a promise to testify against his co-defendants.

Under the conditions of the plea deal negotiated by defense attorney Bobby Digby, Avery will also serve a 10-year suspended sentence once he's completed his prison time.

Avery will have to serve at least 241/2 years before he can qualify for parole.

Prosecutors also said they will not pursue aggravated robbery charges for two other holdups in the days leading up to the Frontier Diner killing that Avery was linked to after his arrest.