Whimsy In A New Medium 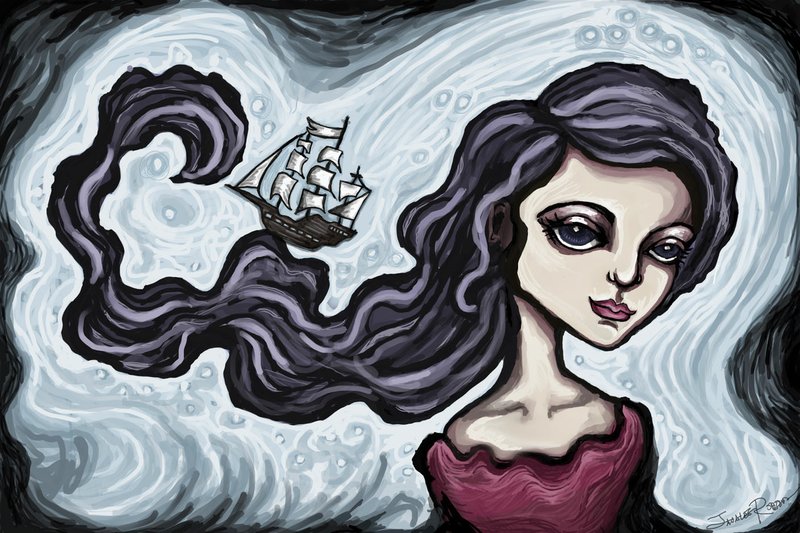 Artist Janalee Robison describes her art as “whimsical.” She’ll be showing her work in Zeek Taylor’s driveway during the annual White Street Walk.

Everyone in Janalee Robison's family makes art, and it's probably accurate to say hers is the most traditional -- or was. Measured against the work of her nature photographer husband, Edward Robison III, who is in the news right now for creating augmented reality images, and their daughter Eva, almost 16, who became an award-winning stop-action filmmaker three years ago, acrylic on hardboard sounds pretty simple.

But when she shows her images next weekend at the annual White Street Walk in Eureka Springs, Robison's acrylic paintings will be joined by digital paintings she's recently "added to the mix."

WHERE — White Street in Eureka Springs

COST — Admission is free; art will be for sale

May Festival of the Arts

"It's more like printmaking. There is no original. My digital file would be like a photographer's negative, and everything is a print," she says of "painting" with a stylus on an iPad versus a paintbrush on Masonite. "But it's not so different. And one of the perks is that I can do it anywhere; it doesn't have to be in my studio. I can create a lot more art."

Robison, who describes her work as "definitely very emotionally centered," can trace her interest in art back to her childhood in Topeka, Kan., where she made doll houses for the children in her mother's daycare.

"It ended up growing into a big cardboard house town," she remembers, laughing. "I always enjoyed making things."

Enrolled at the University of Kansas in Lawrence, Robison tried to take a career path in something else -- marine biology, interior design -- "but I always came back to fine arts."

"I'm a very visual person, so a lot of times I'll see imagery with emotion or metaphorical examples of things. It turns into kind of this narrative story that's somewhat autobiographical of my life or pieces of it or the story of someone I know -- someone whose story I relate to.

"It always comes out in a very narrative, whimsical way."

Whimsy might also describe how the White Street Walk came into being in 1990. Weaver Eleanor Lux was one of the founders of the event, along with watercolorist Zeek Taylor and sculptor Mary Springer.

"I was sitting around, looking at all these studios on White Street," she recalls. "I knew Mary and Zeek from Memphis, so I called them and said, 'What would you think if we just open up the street for one night?'"

The event, now part of the May Festival of the Arts, has grown to include not only those who live and work on White Street but 40 guest artists who squeeze into every possible nook and cranny along the Eureka Springs avenue.

"Besides the usual fine art forms that include painting and sculpture, this year's artists will also exhibit jewelry, woodworking, weaving, clothing, assemblage and photography," Taylor says. "Along with the art, there will be food, drink, musicians and costumed strollers who will add to the festive atmosphere."

Although her husband's work is all over Eureka Springs this May -- his images are part of "The Eurekan Spectacle," Mackenzie Doss' project that takes scenes from "The Tempest" around town through augmented reality -- the White Street Walk will offer a rare peek at Robison's "side creative gig," jewelry made using her images as pendants.

"Sometimes people like my work but live in a shoebox. Wouldn't it be cool if there was other ways to view or access my art? And I enjoy making jewelry," she says of her secondary interest.

"Sometimes the separation of art and making a living doesn't work out," she says, adding that although she owns a gallery -- Sacred Earth Gallery on U.S. 62 approaching Eureka Springs -- "I don't like the sales side as much as some artists do. But White Street is very laid back. It's a lot of people but a lot of fun."