Driver gets 7 years in prison for head-on U.S. 70 wreck that killed Arkansas teen 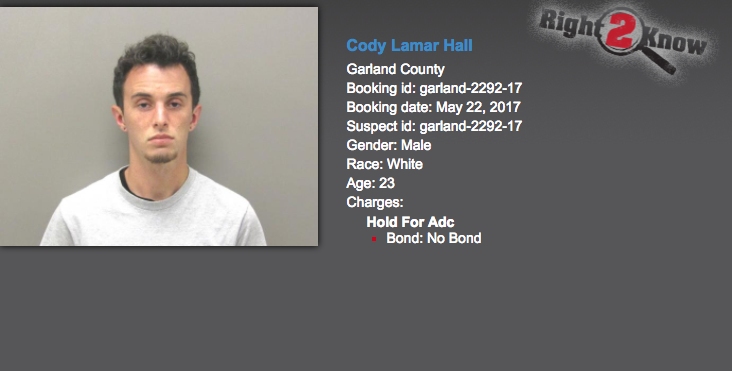 A 23-year-old Arkansas man was sentenced to seven years in prison after being convicted of negligent homicide in a wreck on U.S. 70 that killed one person and injured a second, the Hot Springs Sentinel-Record reported Thursday.

A probable cause affidavit cited by the Sentinel-Record stated Hall's Mazda 6 was traveling west in the eastbound lane for a time and that it collided with an eastbound Pontiac G5 after both crossed back over into the westbound lanes.

A witness traveling behind Hall said she saw him driving into oncoming traffic before the collision. Hall told police he had been awake for 27 hours before the wreck, according to the affidavit.