Joan DIdion: The Center Will Not Hold 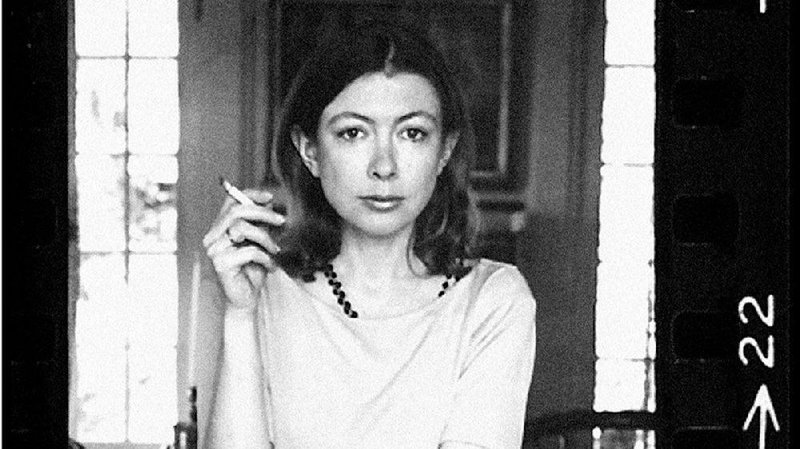 Author Joan Didion, pictured at home in Hollywood in the 1960s, is the subject of a loving documentary by her nephew, the actor Griffin Dunne.

"Grief turns out to be a place none of us know until we reach it," Joan Didion once wrote, and the revered writer has experienced a great deal of grief in her life. What makes her exceptional is the coolly detached yet stunningly affecting manner in which she writes about it. It's the same approach she takes in the vast body of work -- novels, essays and literary journalism focused on cultural chaos -- she has created over the years.

Her nephew, actor and filmmaker Griffin Dunne, has, with great affection and respect, assembled Joan Didion: The Center Will Not Hold, a relevant documentary to share reserved, laconic Didion's backstory with the world.

Joan Didion: The Center Will Not Hold

Arranged more or less in chronological order, the 94-minute film is at its best when the author, fragile and 5 feet tall, with a wide mouth, an unsmiling face, and restless hands, is facing her nephew, delivering deadpan yet often stunning remembrances of an extraordinary career in journalism and publishing that covered decades with her husband and fellow writer John Gregory Dunne, who died in 2003 of a heart attack.

Playing a close second in making the film (which is about 15 minutes longer than it needs to be) worth watching is the remarkable footage and photographs of Didion at home and at work, particularly the scenes of New York when she moved there from her native California at the age of 20 to work at Vogue, the pre-eminent fashion magazine with surprisingly elegant writing and famously tough editors.

Her first piece to appear in Vogue's pages was about self-respect and the importance of character. "It was a very different time," says Anna Wintour, the magazine's editor-in-chief. Chronicling changes in time was Didion's calling card, a mission she was able to successfully perform by remaining detached while observing the incredible evolution of this country. All the while she kept pace with her prolific husband (whom she described as her protector and a hothead) and with him raised their adopted daughter Quintana Roo.

New York stopped working for her when she was 28.

"It is distinctly possible to stay too long at the fair," she says; they moved to Los Angeles in 1965. There they rented a house on a bluff overlooking the Pacific Ocean until adopted daughter Quintana Roo joined the family. No babies were allowed at the beach house, so they moved to a ramshackle old Hollywood house on Franklin Avenue. Party guests included Janis Joplin. Sometimes Didion would check on her child at such gatherings and find drugs on Quintana's bedroom floor.

While her husband worked on a book about Cesar Chavez, Didion wrote magazine articles to pay the bills. She drank really cold Cokes in the mornings while wearing sunglasses, and ate canned almonds sent to her by her mother.

She liked to observe people, not ask questions. When she visited San Francisco's Haight Ashbury in 1967, she saw a 5-year-old girl on acid, wearing white lipstick. Was she horrified? Hardly. "It was gold. You live for moments like that ... good or bad."

Later she took on American politics -- the Iraq war, the Bush administration, and Dick Cheney, who she described as decisive and bullying and evil.

Emotion is almost unseen in the film, even when Didion is questioned about the loss of her husband, followed by the death of then 39-year-old Quintana from pancreatitis 18 months later.

How to cope? Write about it: The Year of Magical Thinking, a memoir on life without Dunne, was published in 2005. (2005). It was followed by Blue Nights, published in 2011. ""She did it as a reporter," says Hilton Als of the New Yorker.

Print Headline: Joan DIdion: The Center Will Not Hold