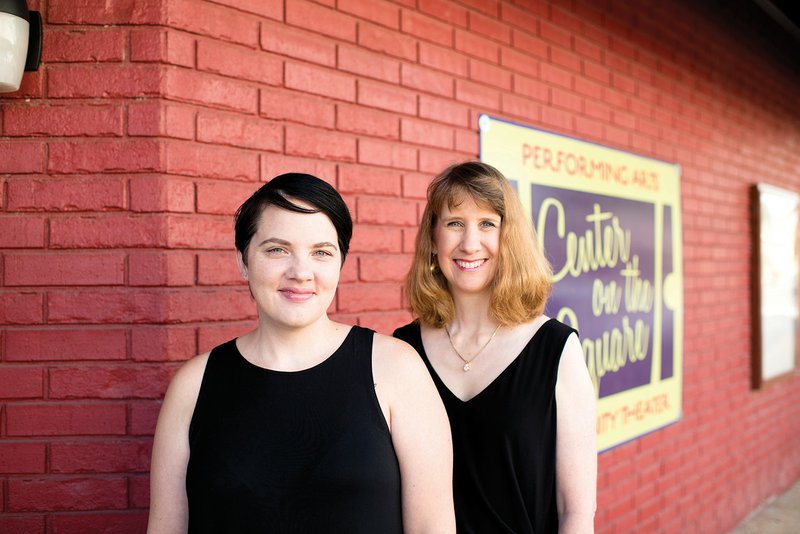 SEARCY — The nonprofit community theater in Searcy is welcoming not one — but two — new executive directors.

Neill said she has been an actress at the theater since 2010 and also runs its website.

“At the beginning of the season, for the summer musical, I was able to bring a seven-year dream to fulfillment by producing The Secret Garden, she said. I had always wanted to do that show, and I was able to get a friend of mine to be the director, and I was the producer. To make that happen, I had to raise $3,300 for the royalties. I had to go out and do that fundraising myself, and I actually enjoyed it.”

Neill said she had to recruit a cast and get the community excited about the show as well.

“Those were the exact skills they were looking for in this position — someone who could do fundraising, get corporate sponsors, encourage individuals to give to our cause, put on events to raise money, and recruit casts and a new audience,” she said.

There used to be only one executive director at the theater, but Neill said the position was split into two positions to spread out responsibilities.

Since Center on the Square is a nonprofit, she said, people aren’t paid much to fill positions.

“That was a lot to do for one person. I think this is going to be a wise decision. We were burning out people too fast,” she said.

Neill said she has put her focus on getting people involved with the theater and contributing, because it’s good for community members to put down their phones, get off of their couches and go see a live performance.

Having a dinner theater makes Searcy a better community, she said, and provides a space for children and adults to express themselves creatively.

“It also provides something fun to do in Searcy. We want to come to mind when people are considering something to do,” she said.

Neill said she also wants to encourage businesses to see Center on the Square as “another sport,” because a lot of support is often given to sports-related causes.

“For a lot of kids, and even adults, they don’t necessarily like to play with a ball — they like to play onstage. It’s just a different outlet, and I’d like to frame it that way so they understand that this sport requires funds as well,” she said.

The theater has a fantastic lineup of family-friendly performances for the coming months, she said, including A Christmas Carol in December, The Drowsy Chaperone in February, Arsenic and Old Lace in April and Over the River and Through the Woods in May.

Neill said she loves having theater as a creative outlet, and her three daughters are also involved in the performing arts.

“It really helps kids and adults develop skills in public speaking, being in front of an audience and self-confidence — all skills you need regardless of what you do for a living,” she said. “I want to see it continue to grow.

“I love how theater brings people of all ages together.”

Breckenridge, who has been the kitchen manager at Center on the Square for five years, said she was an administrative assistant for Darby’s Warrior Support before filling her current position.

“Splitting it up into two separate positions gives us the opportunity to really focus in on our given area — administrative and financials for me, creative and marketing for Wendy,” Breckenridge said.

The theater has become a second family to her over the years and also fills a need in the Searcy community, she said.

“People joke that there’s nothing to do in Searcy. I’m always wanting to yell, ‘There is!’”

Breckenridge said theater programs give children and adults problem-solving skills and an ability to think outside the box.

Breckenridge, who plays flute and is a member of the North Little Rock Community Concert Band, said music is her primary passion.

“I’ve loved music as long as I can remember. When I was little, my parents would ask me the name of the song on the radio and who performed it. I could tell them every time,” she said.

“I’m hoping that, eventually, there will be a musical with a flute part [at Center on the Square].”