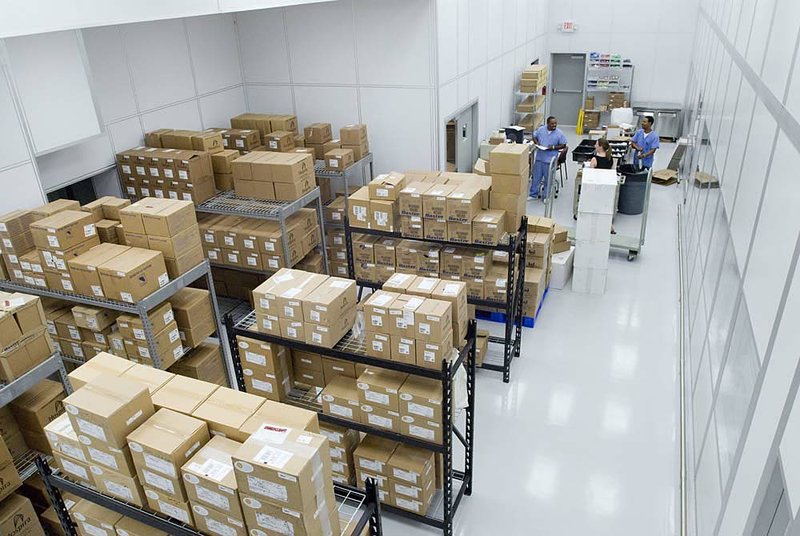 Materials used to make a variety of pharmaceuticals are stored in the warehouse at Cantrell Drug Co. in Little Rock. Arkansas and out-of-state hospitals turn to the company to make drugs that are in short supply.

A central Arkansas-based pharmaceutical company has filed for Chapter 11 reorganization under the U.S. Bankruptcy Code, citing financial stress, according to a news release.

Cantrell Drug Co., which has its production facility in Little Rock and its corporate offices in North Little Rock, needs some "time to get back on [its] feet," CEO James McCarley said in the statement released Tuesday afternoon.

The privately owned, family business has no intentions to liquidate, according to the release.

The release attributed the company's financial stress to two Food and Drug Administration inspections in the last year that caused product manufacturing and shipping to be temporarily suspended.

"Our deficiencies were regulatory in nature and not in response to any product problem of patient illness," the CEO said.

The company was founded in 1952 and provides sterile injectable pharmaceuticals primarily used in hospitals, the release stated.