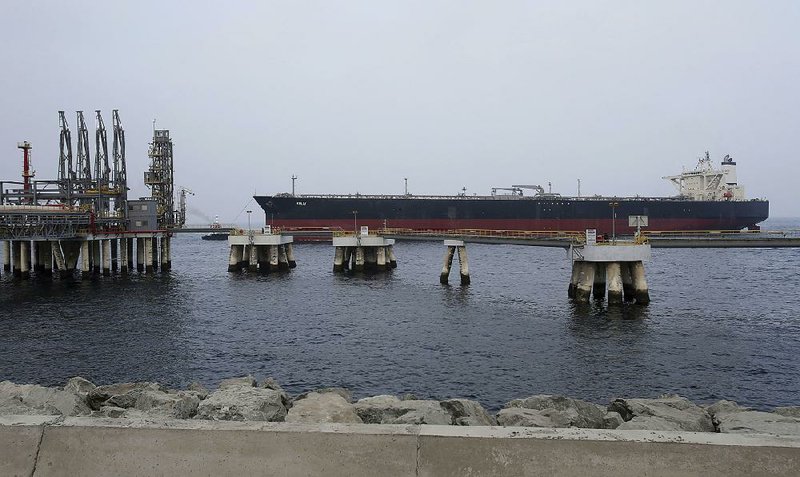 An oil tanker approaches a jetty at an oil facility in the United Arab Emirates in this file photo. Oil will continue growing as a source of energy for more than two decades, with the U.S. set to become the undisputed leader in oil and gas markets, the International Energy Agency said Tuesday.

The supply surge from U.S. shale oil and gas will beat the biggest gains seen in the history of the industry, the International Energy Agency predicted Tuesday.

By 2025, the growth in American oil production will equal that achieved by Saudi Arabia at the height of its expansion, and increases in natural gas will surpass those of the former Soviet Union, the agency said in its annual World Energy Outlook. The boom will turn the U.S., still among the biggest oil importers, into a net exporter of fossil fuels.

"The implications of the shale revolution for international markets and energy security have been profound," said the International Energy Agency, which advises most of the world's major economies on energy policy. U.S. drillers have "weathered the turbulent period of lower oil prices since 2014 with remarkable fortitude."

While oil prices have recovered to a two-year high above $60 a barrel, they're still about half the level traded earlier this decade, as the global market struggles to absorb the scale of the U.S. bonanza. It's taken OPEC and Russia almost 11 months of production cuts to clear up some of the oversupply.

"The United States will be undisputed leader of global oil and gas markets for decades to come," said Fatih Birol, the International Energy Agency's executive director. "In terms of oil, big growth coming from shale oil, and as such there'll be a big difference between the U.S. and other producers."

The agency raised estimates for the amount of shale oil that can be technically recovered by about 30 percent to 105 billion barrels. Forecasts for shale-oil output in 2025 were bolstered by 34 percent to 9 million barrels a day.

U.S. shale "has emerged from its trial-by-fire as a leaner and hungrier version of its former self, remarkably resilient and reacting to any sign of higher prices caused by OPEC's return to active market management," the Paris-based agency said.

Lower prices are helping to support oil demand, and the International Energy Agency raised its projections for global consumption through to 2035 despite the growing popularity of electric vehicles. The world will use just over 100 million barrels of oil a day by 2025.

That will benefit the U.S. as it turns from imports to exports. The country will "see a reduction of these huge import needs," Birol said at a news conference in London. That "will bring a lot of dollars to U.S. business."

Nevertheless, U.S. shale output is expected to decline from the middle of the next decade, and with investment cuts taking their toll on other new supplies, the world will become increasingly reliant once again on OPEC, according to the report. The cartel, led by Middle East producers, will see its share of the market grow to 46 percent in 2040 from 43 percent now.

Yet that could still change, the International Energy Agency said.

As shale has outperformed expectations so far, the agency added a scenario in which the industry beats current projections. If shale resources turn out to be double current estimates, and the use of electric vehicles erodes demand more than anticipated, prices could stay in a "lower-for-longer" range of $50 to $70 a barrel through to 2040.

The agency said oil production will be driven by continued growth in energy-hungry industries. Though solar power is set to become the cheapest source of new electricity generation and the boom years for coal are over, oil and gas will continue to meet the bulk of the world's energy needs, the agency said.