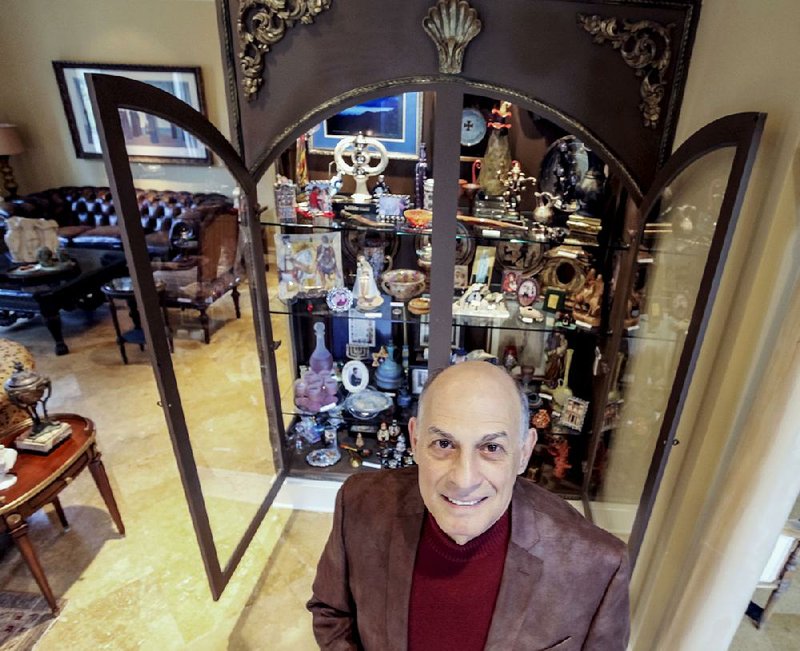 Vince Insalaco in his favorite space

Where I live: Shady Valley area of North Little Rock. I unabashedly love this town.

Occupation: I built the Family Entertainment Co. into 50 stores, and after selling it in 2002, I have dedicated my life to causes. I co-founded the Argenta Community Theater with my partner, Judy Tenenbaum, and Seis Puentes, which works with the North Little Rock Hispanic community. I'm retired as chairman of the Democratic Party of Arkansas. Right now I'm directing A Christmas Carol, Dec. 13-23, at the Argenta Community Theater.

My favorite space is: My late wife Sally [Riggs] and I built this formal but comfortable home. She made me promise to use it to raise money for causes we believed in, and I'm pretty sure we are now well over $2 million raised. My favorite parts of the home house my collections, which include a piece of the Western Wall, a piece of the Berlin Wall, a meteorite and a plate given to Sally from Andrew Lloyd Webber for her performance in Jesus Christ Superstar.

Why? Each piece has a memory of where I was, who I was with, and the wonderful life I've been blessed to have had with my late wife and now Judy, my children and grandchildren.

If I could make one change to improve this space, I would: Have my vegetable garden back. I miss growing tomatoes, peppers and watermelon.