Reba stepping in as host of CMA Country Christmas 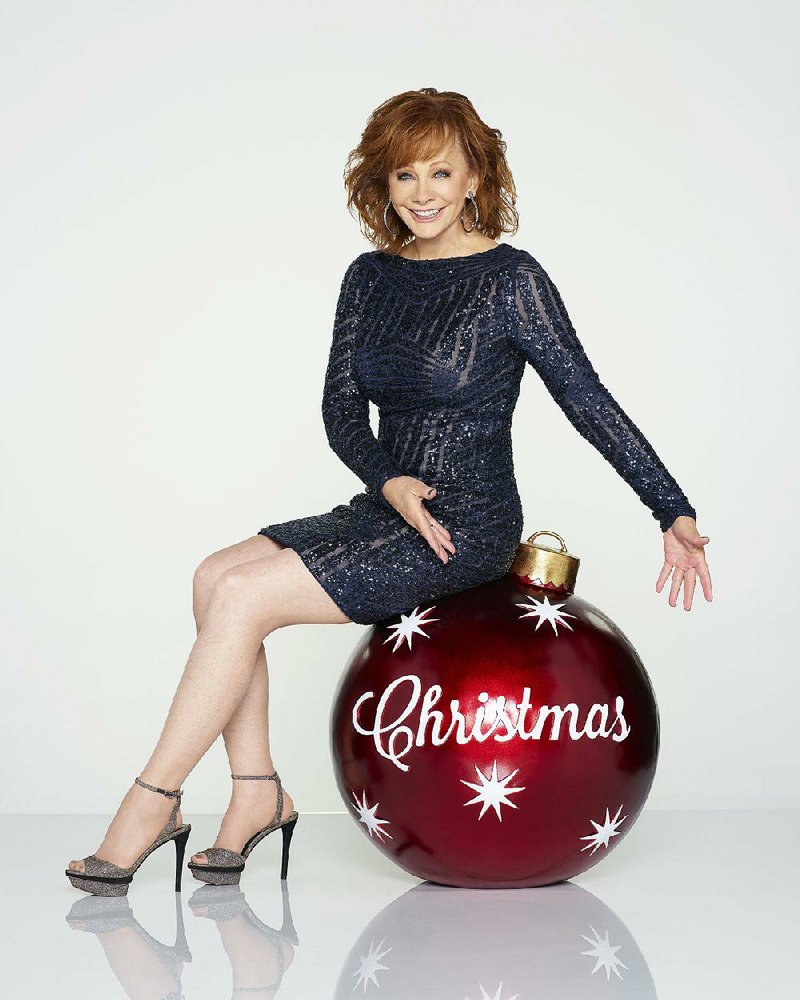 Now that Thanksgiving is safely out of the way, it's socially acceptable to go ahead and put on your Christmas cheer without fear of being gauche.

ABC feels your relief and wants to help you launch the season in a big way. And nothing says Merry Christmas like Reba McEntire sitting on a giant Christmas ornament.

Reba (with Reba, you only need her first name) will be the new host of ABC's eighth annual two-hour holiday music special, CMA Country Christmas. She's taking over the duties from Sugarland's Jennifer Nettles, who has been out front since the event debuted. The special was taped Nov. 14 at the Grand Ole Opry House in Nashville and airs at 7 p.m. Monday.

Reba noted she had big shoes to fill, but told People magazine that she wants the evening to be, "just a friendly sit down. Let's sing, let's talk a little bit and then sing another song -- and with lots of heartfelt emotion."

I've written before that having a quiet lunch with Reba (along with four other TV writers) was one of the highlights of my years on press tour. She was as delightful and down to earth in person as she seems on TV. She gave us her recipe for Oklahoma sweet tea, but I'm sworn to secrecy.

About her hosting duties, Reba added, "Christmas is such a special time. It reminds me of growing up in Oklahoma and singing carols with my family. I'm just tickled to join a group of some of my best country buddies onstage to celebrate the holiday season. This is where my love of music began."

Impress the younger crowd by knowing that CB30 is the squeaky clean brother duo of 16-year-old Christian and 13-year-old Brody Clementi. That's the C and the B. They were both born on the 30th, hence the 30.

Although ABC is hardly the only network with special Christmas programming, for the first time, Freeform's "25 Days of Christmas" event will expand across all Disney/ABC channels. Freeform, in case you've forgotten, is the rebranded name of ABC Family Channel.

That means "festive holiday-theme programming and entertainment for the whole family" will air on ABC, Freeform, Disney Channel, Disney XD and Disney Junior, beginning Monday and leading up to Christmas Day. The programming will include specials, classic holiday movies and returning favorites.

The "classic" movies include stuff such as Elf, National Lampoon's Christmas Vacation, The Santa Clause and The Polar Express.

ABC will be bringing back The Great Christmas Light Fight and The Great American Baking Show, as well has having "holiday-themed episodes" of every sitcom in the lineup.

The specials will include a couple of Peanuts cartoons and the cloying and thinly disguised infomercial that is Disney Parks Magical Christmas Celebration on Christmas Day.

Here are some of the early highlights.

• A Charlie Brown Christmas, 7 p.m. Thursday. This is the beloved 1965 special featuring the forlorn little fir tree and the true meaning of Christmas.

• The Great Christmas Light Fight, 7 p.m. Dec. 4. It's the fifth season for the battle to see who has the most spectacular Christmas display in the country. The top prize is $50,000 and I'm betting that doesn't even cover the electricity bill.

You know that somewhere Jennings Osborne is looking down at this show and smiling. By 1993, his blinding home display on Cantrell Road had grown to 3.2 million lights before the courts shut it down.

• The Great American Baking Show, 8 p.m. Dec. 7. Oh, it's going to get sticky with a two-hour premiere this season featuring "Cake Week" and "Morning Treats."

Bakers from across the country will tackle six challenges throughout each two-hour episode in the hopes of being crowned "America's Best Amateur Baker."

• Frozen, 7 p.m. Dec. 10. This presentation of The Wonderful World of Disney is the highest-grossing animated movie of all time. If you haven't seen it, well, what's the matter with you?