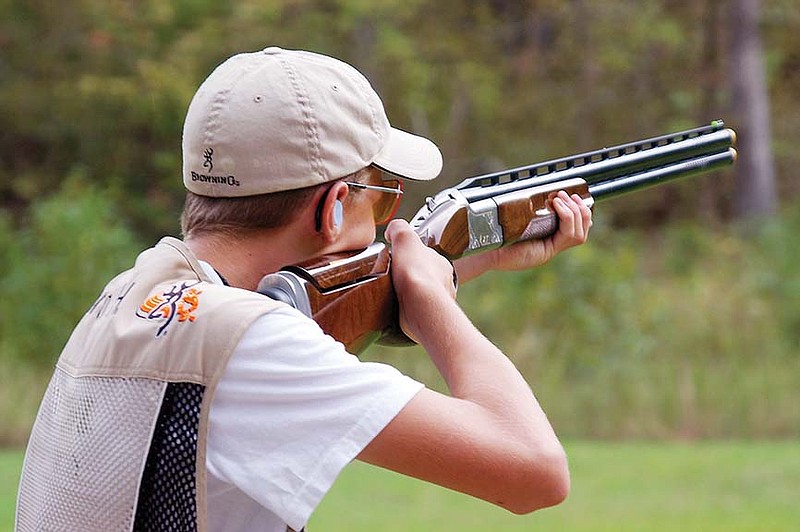 Skeet- and trap-shooting enthusiasts often use high-quality specialty choke tubes in their shotguns. These can increase a shotgun’s effective range, protect the gun barrel and reduce gun-barrel stress caused by heat.

When a shotgun is fired, a column of round shot pellets leaves the barrel and spreads out into a “pattern.” As the pellets travel farther from the firearm’s muzzle, the pattern widens. At some point, the individual pellets will be spread so far apart, they’ll miss the target entirely if it is at this distance.

Nineteenth-century gun manufacturers knew about this problem and learned they could constrict or “choke” a shotgun bore to keep pellets in a tighter group. This led to the first patented shotgun choke in 1866. This was a fixed choke, which couldn’t be changed, that was placed at the barrel’s muzzle end.

Winchester introduced the WinChoke on its Model 1200 and Model 1400 shotguns. This was the first widely popular, interchangeable choke-tube system that allowed changing a gun’s choke, thus altering the gun’s pattern and range, so a single shotgun could be used effectively in a wide variety of hunting and shooting situations.

In 1978, Mossberg introduced its Accuchoke tube system, followed in 1982 by the Multichoke from Weatherby. By the early 1980s, all shotgun manufacturers were working on their own versions of the successful screw-in choke tube commonly used today. As a result, many modern shotguns now come equipped with several screw-in chokes that can be quickly changed with the twist of a wrench.

In some ways, a choke tube is comparable to the nozzle at the end of a garden hose, controlling the spread of shot like the nozzle controls the spray of water, making it narrower or wider as needed.

A choke tube also determines to some extent the shotgun’s effective range. The tighter the constriction of the tube, the farther the range. For example, a full choke is most effective at 40 to 50 yards. An improved cylinder is most effective from 20 to 35 yards.

The most commonly used choke tubes are these:

• Super-Full/Extra-Full: Sometimes called “gobbler getters,” these are ideally suited for the head shots necessary when turkey hunting. This choke has extra-tight constrictions and the densest patterns.

• Full: This choke has tight constriction and a dense pattern, delivering approximately 70 percent of a shell’s total pellets in a 30-inch circle at 40 yards. This choke is often used for trap shooting, waterfowl pass shooting, turkey hunting and buckshot loads.

• Modified: This choke has less constriction than a full choke, delivering approximately 60 percent of a shell’s total pellets in a 30-inch circle at 40 yards. It’s great for general waterfowl hunting and upland game such as pheasants and rabbits. The modified choke is also used for trap shooting.

• Improved Cylinder: Even less constricted than modified, the improved cylinder

50 percent of a shell’s total pellets in a 30-inch circle at 40 yards. This often is the choice of hunters shooting waterfowl close over decoys or pursuing close-quarters

upland birds such as quail and grouse. Rifled slugs usually perform well with this choke.

• Cylinder: With no constriction, this choke distributes approximately 40 percent of a shell’s total pellets in a 30-inch circle at 40 yards. It’s most often used by law enforcement for service shotguns.

Screw-in choke tubes give shotgunners the option of conveniently and inexpensively trying different constrictions with different loads. If you hunt quail or rabbits in thick brushy cover where most shots are taken inside 20 yards, for example, you probably need the largest pattern

your gun will shoot while maintaining adequate pellet density. If your shotshells are delivering overly tight patterns for those conditions, just unscrew the modified or improved-cylinder choke, and screw in a skeet or cylinder choke.

Moving to the opposite extreme, if your ammo doesn’t deliver a dense enough pattern at 30 yards for consistent multiple pellet strikes on rice-field geese, replace the modified choke with full or perhaps extra-full. But be careful when using extremely tight chokes, as once the optimum amount of choke is reached for a particular load, a further increase in constriction actually may have a negative

Because different guns pattern differently, the only way to know for certain how a choke tube/load combination will perform downrange is to pattern-test it on paper. If you hunt waterfowl, this is also important because steel shot patterns differently than lead.

Many other variations can affect performance as well — copper-plated versus straight lead, for example — making it important to check how your gun performs with a certain load and choke tube.

Start by obtaining choke tubes indicated for the type of shooting you do, and pattern them with your favorite load. To do this, shoot off a rest at a center mark in a 30-inch circle at 40 yards. Full choke should put 70 percent of the shot in the circle, modified 60 percent, improved cylinder 45 percent. Cylinder, or no choke at all, should shoot from 25 to 35 percent.

If, for example, the ammo you are shooting is loaded with 1 1/4 ounces of No. 2 steel shot, it contains approximately 156 pellets. (A good chart showing the average pellet count for different types of shotshells is available at shotshell.drundel.com/pelletcount.htm.) If you count 94 pellet holes, your shotgun placed 61 percent inside the circle, revealing that the load is delivering modified performance. To get a better picture of how the gun is performing, shoot at least five patterns with the same load, and average the results.

If your pattern test reveals less-than-satisfactory performance for the type of shooting you do, try a couple of different loads — maybe up or down a shot size, or slightly hotter or less powerful. If that isn’t satisfactory, spend $20 or so on a new choke tube, and either tighten or loosen the choke one size before patterning again. Sooner or later, you’ll hit a combination ideal for your gun.

To determine the maximum effective range of a choke/load combination, you can also try this method. Let’s say you do a lot of wingshooting. Start by shooting paper at 20 yards; then back off from the pattern board in 5-yard increments, shooting patterns at each distance. When the percentage of shot inside the 30-inch circle drops below 65 percent, you have exceeded the maximum range for that particular combination.

Another way to check the effectiveness of your gun on your chosen game animal is to draw a picture of the critter on a target and shoot it at your usual range. See if the pattern actually would kill the animal. See if there are holes in the pattern. See if different loads and chokes will give a better pattern.

The beauty of using a variety of choke tubes is that they turn one gun into several specialized guns, depending on the choke tube in the barrel. For every style of shotgun shooting, there is a choke tube that fits that style, and the shotgunner can greatly increase his or her marksmanship by choosing and using the right tube.