State's spending for Medicaid up 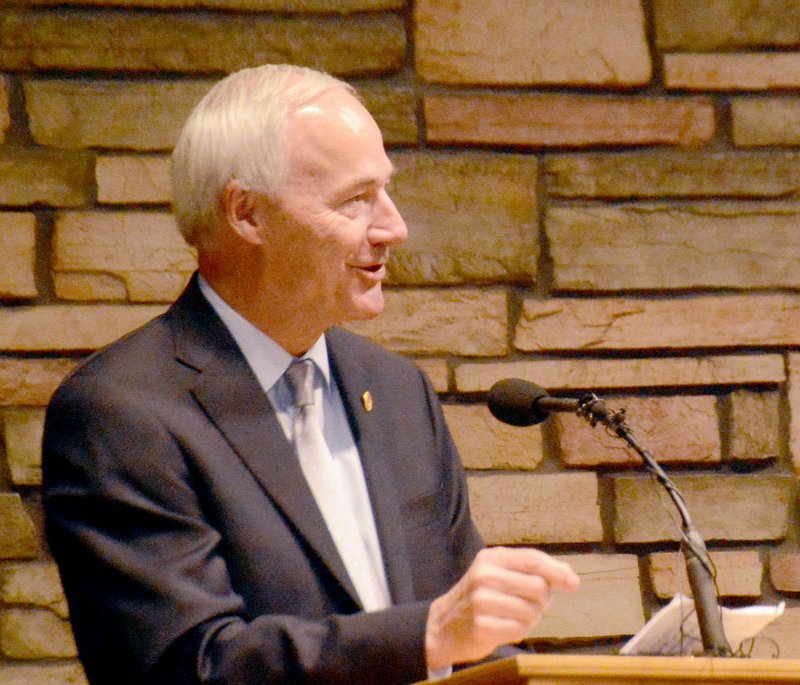 Driven by enrollment that surged past expectations, spending on Arkansas' expanded Medicaid program grew by almost 24 percent during the fiscal year that ended June 30, surpassing what state officials initially projected by about $200 million.

Despite the higher-than-expected overall cost, Arkansas' share of the tab came in about $5 million below what the state had projected.

The total cost ended up being $1.9 billion. Arkansas paid an estimated $38.4 million of that amount, and the federal government covered the rest, according to figures provided by the state Department of Human Services.

Meanwhile, spending on the traditional Medicaid program, which covers low-income families and poor people who are elderly or disabled, increased 4.3 percent, the largest percentage increase since 2012.

During last year's fiscal legislative session, when lawmakers approved state spending for fiscal 2017, state officials said they expected spending on the expanded part of the program, known as Arkansas Works, to cost $1.7 billion, with the state paying $43 million.

Gov. Asa Hutchinson said in a statement Friday that Medicaid is "unsustainable for every state, including Arkansas, and we have been working hard to reform the program."

He cited his plan to trim the growth of spending in the traditional Medicaid program by enough to save $835 million over five years, as well as a request the state has submitted to the federal government to move about 60,000 people off the expanded Medicaid program.

"Our actions clearly demonstrate our commitment to getting Medicaid on a sustainable path, and we will continue identifying and advancing reforms to achieve that end," he said.

David McMahon, the state Department of Human Services' deputy chief financial officer for medical services, said the state benefited from most of the Arkansas Works expenses coming during the first half of the fiscal year, when the federal government was responsible for the cost.

Under the 2010 Patient Protection and Affordable Care Act, states that expanded Medicaid weren't required to contribute their own funds to cover the newly eligible enrollees until Jan. 1, when they became responsible for 5 percent of the cost.

That meant Arkansas was only responsible for paying a portion of the Arkansas Works cost during the second half of the fiscal year, from January through June.

And enrollment in the program during those six months was lower than during the first half of the fiscal year.

Human Services Department officials have attributed the enrollment decline to an effort to identify people who are no longer eligible and remove them from the rolls.

Department officials say they have increased their focus on that effort after clearing out a backlog of overdue applications and other paperwork with the help of a "surge" of temporary caseworkers hired last year.

Also helping control costs were shifts in enrollment in the plans offered by insurance companies under the so-called private option, which covers most expansion enrollees.

That saved money for the Medicaid program because the premiums for the UnitedHealth plans were higher than those for the other companies' plans.

Similarly, Little Rock-based QualChoice Health Insurance did not offer private option plans in two coverage regions, encompassing 18 counties in western and southwestern Arkansas, in which it had the highest premiums in 2016.

In another region, encompassing 17 counties in northeastern Arkansas, QualChoice's plans were deemed ineligible because the premiums were too high.

Such changes helped hold the increase in the average monthly cost of the private option per enrollee down to just 3.4 percent, from $494.17 to $510.72, despite insurance company rate increases that took effect Jan. 1.

Even lower was the cost of covering those who were assigned to the traditional fee-for-service Medicaid program, instead of the private option, because they were considered "medically frail."

Approved by the Legislature in 2013, the expansion extended Medicaid eligibility to adults with incomes of up to 138 percent of the poverty level.

When the expansion began, state officials initially estimated that it would make 250,000 Arkansans eligible for Medicaid, but enrollment surpassed that number in 2015.

Arkansas' share of the program's cost will increase to 6 percent in January, then continue rising each year until it reaches 10 percent in 2020.

Hutchinson hopes to limit that expense by moving about 60,000 people off the program, starting Jan. 1, by restricting eligibility to people with incomes of up to the poverty level.

State officials have said they hope to receive a ruling from the federal government by early this month on the state's request to make the change.

Spending on other parts of the traditional Medicaid program, which was covering more than 660,000 people as of June 30, grew to $5.2 billion, including state spending estimated at $1.6 billion.

Although it was the largest increase since 2012, when Medicaid spending grew by 6.3 percent, state officials noted that it was below the 5 percent rate set by a legislative task force as a benchmark for measuring savings produced by cost-cutting measures.

In December 2015, the task force endorsed Hutchinson's goal of reducing the growth of traditional Medicaid spending by enough to save at least $835 million from fiscal 2017 to 2021.

That target was based on a goal of saving the state budget $50 million a year to help pay the cost of Medicaid expansion.

Act 802, passed by the Legislature this year, requires the Human Services Department to submit quarterly reports on its progress in meeting the savings goal.

In the first such "scorecard" report, released last month, the department estimated that spending on traditional Medicaid was $175 million below the benchmark used to measure savings.

That was based on actual spending in fiscal 2017 compared with what spending would have been if it had grown by 5 percent in fiscal 2016 and 2017.

For fiscal 2017 alone, actual spending was $36 million below what it would have been if it had grown 5 percent instead of 4.3 percent.

In a news release, Hutchinson said the report shows changes being implemented by the Human Services Department are "creating real savings and slowing growth to ensure a more sustainable and efficient Medicaid program."

"In fact, these reforms have already resulted in tens of millions of dollars in savings to the state," he said.

Measures that have been credited with reducing spending include reductions to the prices the Medicaid program pays for many prescription drugs and a limit on reimbursement for group psychotherapy that took effect in October 2016.

Other changes, including an overhaul of how the Medicaid program pays for mental health services and caps on reimbursement for speech, occupational and physical therapy for the developmentally disabled, took effect at the start of this fiscal year, on July 1.

"I was happy to see that some of the initiatives we've already put in place seem to be cutting that cost curve," Melissa Stone, director of the department's Division of Developmental Disabilities Services, said. "I think the scorecard shows that we're on the right track." 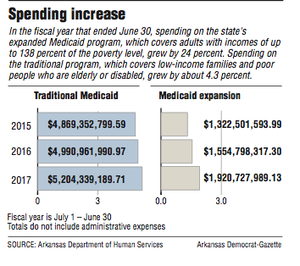