The news -- which jarred one student to tears -- aligns with long-standing state law and policies that define who is eligible for licenses required for many jobs, such as engineering, teaching, nursing and others, educators said.

The cases have brought to light an awareness gap among colleges and regulators that has allowed students to spend money and time on an education despite being ineligible to lawfully work in the field for which they are studying. One of the schools offered to reimburse tuition.

"[Students] are in a pickle, and we don't know how to fix it until the 2019 legislative session," said Sue Tedford, the state Board of Nursing's executive director.

It's not clear how many of the 4,700 Arkansans who have deferred status are enrolled in nursing or other programs that require a professional license.

At least five students with deferred status are enrolled in nursing programs at Northwest Arkansas Community College in Bentonville and Northwest Technical Institute in Springdale, according to educators who informed the students this week.

Deferred status, a federal designation granted by the 5-year-old program frequently referred to as DACA, is extended to foreigners who came to the U.S. as children and now live here illegally.

The status protects recipients from immediate deportation and allows them to enroll in college, obtain work permits and drive, but it does not automatically grant access to professional licenses, which are handled on a state-by-state basis. Most states, including Arkansas, have not extended that access to people with deferred status.

Some universities and colleges have steered people with deferred status away from programs that will ultimately require a professional license to work, said Mireya Reith, executive director of the nonprofit immigration advocacy group Arkansas United Community Coalition.

But that screening is complicated because institutions generally don't ask their students whether they are covered by the deferred-status program.

"Nobody did anything wrong," Reith said. "This was a very complex issue."

Affected students can finish their studies and graduate, but some have been told not to sit for a $200 nationally standardized nursing test that gauges whether someone is academically qualified for a professional license.

"We have not -- and will not -- dismiss students because of their DACA status," said Mark Wallenmeyer, dean of health professions at Northwest Arkansas Community College. "We want them to graduate. We want them to have an education. We will continue to work with the state Board of Nursing."

It's also unknown how many people with deferred status previously obtained Arkansas nursing licenses, Tedford said, or whether working nurses' licenses will be jeopardized.

Tedford said the state board would not look into whether licensed nurses have deferred status "until we get direction from somebody that we have to," adding that its staff legal counsel, Attorney General Leslie Rutledge or Gov. Asa Hutchinson could give such an order.

A Sept. 29 gathering of Arkansas nursing educators in Little Rock tipped off educators to the problem, said Wallenmeyer and Debra Walker, director of nursing programs at Northwest Technical Institute.

"A lot of people in the room were obviously shocked and didn't understand it or hadn't heard of it before," Walker said. "Apparently this has all been in effect."

Tedford said she did not attend the statewide Nurse Administrators of Nursing Education Programs meeting on Sept. 29. She learned of the licensing problem for candidates with deferred status over the summer from the Missouri Board of Nursing.

The Arkansas board stopped accepting applications from people with deferred status after "we were made aware," she said. A staff member shared the information with colleges and universities, but the board did not make a formal announcement.

Officials at other Arkansas campuses did not immediately respond to questions or phone messages. Colleges are not required to track how many of their students have deferred status, and many don't.

"We're not aware of any students that are affected right now," said Leslie Taylor, vice chancellor for communications and marketing at the University of Arkansas for Medical Sciences.

A University of Central Arkansas spokesman referred questions to the state Board of Nursing.

"We are committed at UCA to supporting our students impacted by DACA and will assist them as far as the law allows," Houston Davis, the university's president, said in a printed statement Sept. 6, one day after President Donald Trump's administration announced plans to end the program.

After the Sept. 29 meeting in Little Rock, Walker made it a point to personally inform on Monday the one deferred-status student she knew was enrolled in a nursing program, she said.

"Then she cried, obviously," Walker said. "She's a 4.0 student. It was just devastating to us to think of remotely having the possibility of losing her as a student."

Walker then learned a second student with deferred status was enrolled in the nursing program at Northwest Technical Institute. Both students were given the week off to process the information and four options on how to proceed, Walker said.

Those choices are to enroll in a program that does not require a license; leave the school and receive a tuition reimbursement; finish the program and wait for a possible change to Arkansas law; or move to a state where the nursing board issues licenses to people with deferred status. 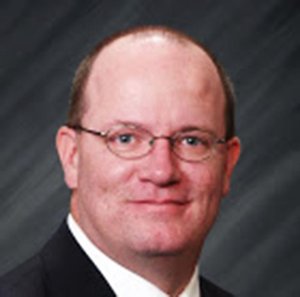