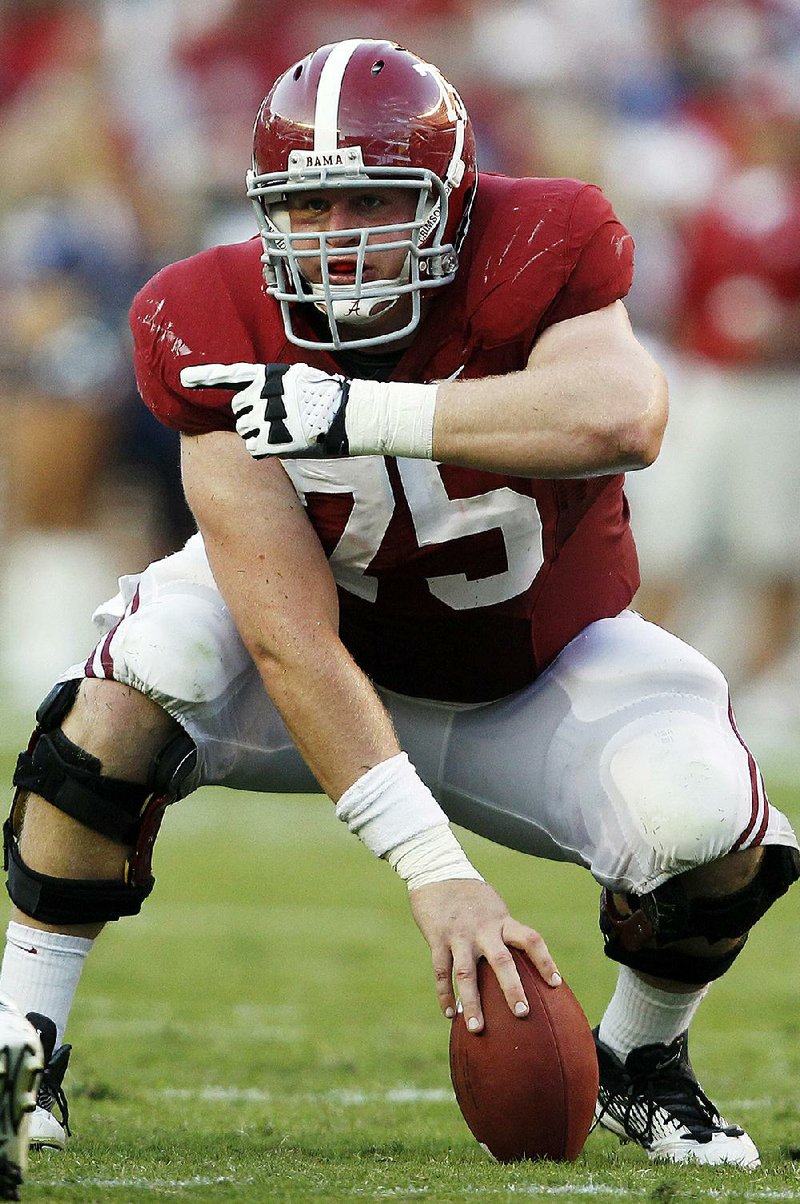 Dating to 2007 when Nick Saban arrived in Tuscaloosa, the University of Arkansas, Fayetteville has not defeated Alabama. Bret Bielema is 0-4 against the Crimson Tide since he's been the Razorbacks coach.

The Razorbacks also are coming off a 48-22 loss at South Carolina in which they gave up three defensive touchdowns and had quarterback Austin Allen knocked out of the game.

Arkansas (2-3, 0-2 SEC West) has lost its past five games against Power 5 opponents, including Saturday's game at South Carolina 48-22.

But Jones, who played at Alabama from 2008-2012 and now works for the SEC Network, points to the Razorbacks' offensive line and running game as the reasons for their slow start.

Arkansas was held to 106 rushing yards, with senior David Williams leading the Hogs with 32 yards and 1 touchdown on 7 carries. Sophomore Devwah Whaley was held to 28 yards on 9 carries.

"I like Bret Bielema a lot," Jones said. "But I think the thing I'm disappointed in is that the whole system is built around a power running game and having an offensive line to run the football behind. I think in football, you have to be who you are. You have to do something well. You have to have something in your hat that says, 'This is what we are and what we do well.'

"They can't run the ball well right now. When your whole thing is about running the football and you can't run the football, it's trouble. They get away from that, sometimes. They try to be this team that spreads it out and throws it 30-50 times a game. I don't think that's going to work in this system. The system is designed to be this powerful, physical running team.

"If they can't run the football effectively, then they're never going to be good under this regime."

Jones, 27, won the Outland and Rimington trophies during his career. He won the Outland, given to the nation's best offensive lineman, in 2011 when he played left tackle. In his senior season (2012), Jones moved to center and earned the Rimington Trophy, awarded to the best center in the nation and named for former Nebraska center Dave Rimington.

While at Alabama, Jones was part of three national championship teams (2009, 2011, 2012). He was a fourth-round selection in the 2013 NFL Draft by the then-St. Louis Rams and played two seasons for the Rams before being released. Jones was on the practice squad for three different teams in 2015 (Pittsburgh Steelers, Chicago Bears and Philadelphia Eagles), but he was released by the Eagles in 2016.

Jones was not high on the Razorbacks this season, but he wanted to assure the crowd at the Embassy Suites in Little Rock that things could change in the future.

"I know it's a tough week," Jones said. "The SEC is very cyclical. I'm trying to be very kind and polite when Alabama is on top so that you guys hopefully will do the same for me. I understand that we'll be there someday."