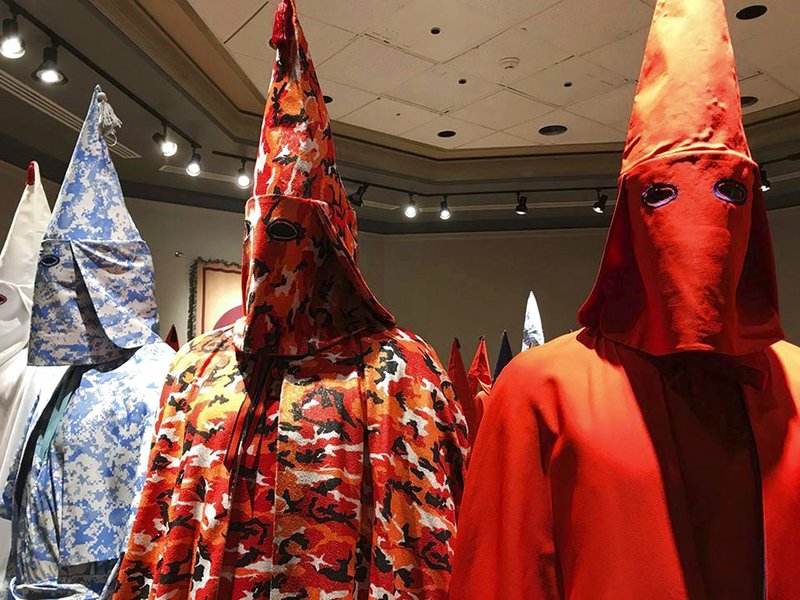 YORK, Pa. — A Pennsylvania college has barred the public from seeing a provocative art exhibition on slavery, white supremacy and racist violence against blacks, deeming it "potentially disturbing."

The touring "Rewind" exhibition opened at York College in August, a few weeks after the deadly violence at a white supremacist rally in Charlottesville, Va. The show includes a display of mannequins dressed in colorful KKK-style robes, images of lynchings and artwork that deals with recent police shootings of unarmed blacks.

York officials say they decided to limit attendance to people with college IDs and invited guests because the images are "potentially disturbing to some," especially without the benefit of the "intended educational context of the exhibit."

The artist, Paul Rucker of Baltimore, said the private college missed an opportunity to start a dialogue about race relations.