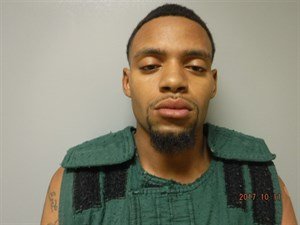 Police say they have arrested a Jonesboro man accused of killing a 28-year-old Tuesday night near the city's downtown.

Johnson is being held on a first-degree murder charge in the shooting of 28-year-old Dewayne Turner of Blytheville that happened shortly before 7 p.m., according to authorities.

Turner's body was discovered in a street just east of the city's downtown by officers who were responding to reports of gunfire, McDaniel told the Associated Press.

As of Wednesday morning, Johnson was being held at the Craighead County jail, and no bail had been set. He will appear in court for a probable cause hearing Wednesday or Thursday, McDaniel said.