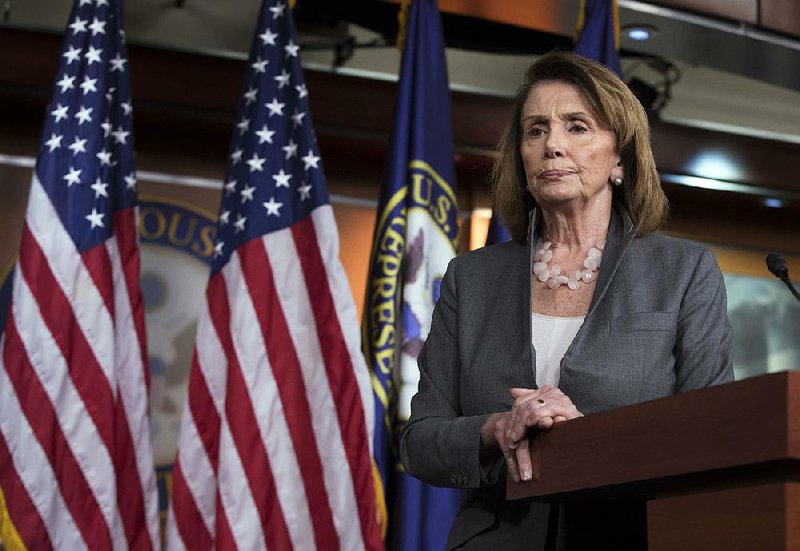 President Donald Trump said Friday that he is moving "step by step" on his own to remake the U.S. health care system because Congress won't act on his demand to repeal the Patient Protection and Affordable Care Act.

The Trump administration took its most drastic measure yet to roll back former President Barack Obama's 2010 health care law Thursday evening, announcing it would cut off a subsidy to insurers, hours after issuing an executive order designed to draw people away from the health law's markets.

On Friday, the administration informed a federal appeals court that the government would immediately halt payments.

"You saw what we did yesterday with respect to health care," Trump said at a Washington event hosted by the Values Voter Summit, a conservative Christian organization. "It's step by step by step. That was a big step yesterday."

"We're taking a little different route than we hoped," he said, "because Congress -- they're forgetting what their pledges were." Earlier this year, Republicans repeatedly tried and failed to get a repeal bill through the legislature.

On Twitter Friday night, he wrote: "Money pouring into Insurance Companies profits, under the guise of ObamaCare, is over. They have made a fortune. Dems must get smart & deal!"

Late Thursday, the administration said it would immediately stop paying what are known as cost-sharing reduction subsidies. The payments, which are the subject of a legal dispute, go to health insurers in the Affordable Care Act to help lower-income people with co-pays and other cost sharing. Without them, insurers have said, they'll dramatically raise premiums or pull out of the law's state-based markets.

In the filing to the U.S. Court of Appeals for the District of Columbia Circuit, officials wrote that the Health and Human Services Department has stopped the payments, which help offset deductibles and other out-of-pocket costs for roughly 7 million Americans. The payments were stopped, the filing said, because they were not formally appropriated by Congress.

Trump decided Wednesday to cut off the payments, which were expected to total about $7 billion this year, after months of threatening that action. Officials will not make a coming payment to insurers scheduled for Wednesday, the filing states.

The decision led to immediate push-back from Democratic leaders in Congress. In a tweet on Friday, Trump said, "The Democrats ObamaCare is imploding. Massive subsidy payments to their pet insurance companies has stopped. Dems should call me to fix!"

"ObamaCare is a broken mess. Piece by piece we will now begin the process of giving America the great HealthCare it deserves!" Trump said in another tweet on Friday.

Trump has repeatedly threatened to let the system created by Obama's health law wither, but the most recent actions go beyond that, said Rep. Nancy Pelosi of California and Sen. Charles Schumer of New York, the top-ranking Democrats in Congress.

"Instead of working to lower health costs for Americans, it seems President Trump will singlehandedly hike Americans' health premiums. It is a spiteful act of vast, pointless sabotage," the Democrats said in a statement. "Make no mistake about it, Trump will try to blame the Affordable Care Act, but this will fall on his back and he will pay the price for it."

Leading GOP lawmakers have also called for continuing the payments to insurers, at least temporarily, so that constituents maintain access to health insurance. Senate Health, Education, Labor and Pensions Committee Chairman Lamar Alexander, R-Tenn., is working on such legislation with Democratic Sen. Patty Murray of Washington.

"Obamacare has proven itself to be a fatally flawed law, and the House will continue to work with the Trump administration to provide the American people a better system," Ryan said in a statement.

On Friday morning, the America's Health Insurance Plans and the Blue Cross Blue Shield Association, the two main trade groups from the health insurance industry, issued a rare joint statement saying "there will be real consequences" to ending the payments.

The groups called the subsidies "critical" and said their elimination will shrink consumers' choice of insurance, raise costs and destabilize the Affordable Care Act's marketplaces.

Other parts of the health care industry also began to register their alarm.

The American Medical Association said in a statement that it "is deeply discouraged by the administration's decision last night to end the cost sharing reduction payments to insurers." The association urged Congress to "accelerate" its efforts to "reinstate these payments before further damage is done."

The subsidies have long been the subject of a political and legal seesaw. Republicans in Congress argued that the law that established them does not include specific language providing appropriations to cover the government's cost. House Republicans sued the Health and Human Services Department over the payments during Obama's second term. A federal court agreed that they were illegal, and the case has been pending before the D.C. Circuit.

Ryan said in a statement that the Trump administration was dropping its appeal of the lawsuit -- something the White House did not mention in an announcement late Thursday. Ryan called the move to end to the court case "a monumental affirmation of Congress' authority and the separation of powers."

Administration officials did not confirm in the court filing that they were withdrawing the suit.

While both White House and Health and Human Services Department officials said Thursday that Congress can choose to appropriate the cost-sharing payments if it wishes, such a proposal would face fierce resistance from many Republicans on Capitol Hill.

Rep. Tom Cole, R-Okla., who is chairman of the House Appropriations Subcommittee on Labor, Health and Human Services, Education, and Related Agencies, said in a recent interview that while his "personal position is they still should be made," he understood the administration's legal quandary and thought it was unlikely the majority of his colleagues would vote to fund them on their own.

"I don't have much confidence that you can pass them through an appropriations process," he said, adding that many GOP lawmakers are loath to take any action that could help sustain the Affordable Care Act. "I think Democrats are naive on this if they think Republicans are all of a sudden going to vote in significant numbers to sustain a system that none of them have voted for."

Trump's decision brought swift reaction Friday from the states, as health officials and consumers said they feared the action could chase millions of Americans away from coverage.

Attorneys general in nearly 20 states filed suit against the Trump administration to keep the money flowing, contending that the president is not following a legal requirement to pay the subsidies.

"This is a president who seems set on enacting reckless, unlawful campaign promises no matter the harm to families in America," Massachusetts Attorney General Maura Healey said during a conference call.

State officials say ending the subsidies will make insurance premiums skyrocket, forcing some consumers to give up having coverage at all.

In Wisconsin, officials said Thursday -- just before Trump's announcement -- that the expected cuts were a major reason the premiums for plans on the exchange were jumping by an average of 36 percent. U.S. Sen. Tammy Baldwin, a Democrat, called it "sabotage of the health care market" by the president.

Gov. Scott Walker, a Republican, placed the blame on the system that Trump is deconstructing.

Even as they sue, many officials are still advising consumers to buy coverage under the exchanges after enrollment opens Nov. 1.

The timing of Trump's announcement just before that period concerns those who advocate for continuing the cost-sharing subsidies.

"His effort to gut these subsidies with no warning, or even a plan to contain the fallout, is breathtakingly reckless," New York Attorney General Eric Schneiderman said Friday.