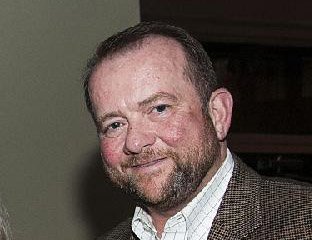 David Dunn is shown in this file photo.

Dunn, who grew up in Pine Bluff, was a former executive director of the Forrest City Chamber of Commerce. After serving in the General Assembly from 2005-11, he co-founded Capitol Partners, a Little Rock lobbying firm.

President Donald Trump, who had alleged large-scale voting fraud in the 2016 presidential election, created the advisory panel in May to identify "laws, rules, policies, activities, strategies, and practices that enhance" or undermine "the American people's confidence in the integrity of the voting processes used in Federal elections."

Ignoring calls by some liberals for a Democratic boycott of the process, Dunn agreed in June to serve on the commission, saying he would seek the truth.

When he was bombarded with emails criticizing his decision, he politely responded, friends said.

"Anything that calls into question the integrity of this [election] process undermines the entire democratic system," he told Vice President Mike Pence and the rest of the commission when the panel met for the first time on July 19. "I hope that the activities of this bipartisan commission are completely transparent and public. It's important that our work be conducted with the highest level of integrity, and that a variety of views can be expressed and considered."

In an interview with the Arkansas Democrat-Gazette shortly after he was named to the panel, Dunn said he wanted to see voting rights safeguarded, not suppressed.

"I believe that all Americans ought to have the right to vote. I think that we ought to not restrict the access. I think that's what makes this country great," he said.

Former Attorney General Dustin McDaniel, who served with Dunn in the Legislature, said his friend hesitated before accepting the invitation.

"He worried about the purpose. He worried about whether or not it would really be about election integrity or if it was really going to be a backdoor effort at vote suppression," McDaniel said.

Ultimately, Dunn agreed to serve out of a sense of duty and a desire to safeguard the democratic process, McDaniel said.

"If the president of the United States calls upon you to serve your country, we were both raised to believe that you do that and do it in the best way that you can," McDaniel said.

Arkansas Secretary of State Mark Martin, a Republican who also served in the Legislature with Dunn, had recommended his colleague for the voter commission.

When Dunn was selected, "I encouraged him to be himself, be honest and take care of the common man," Martin said in an email. "When we last visited, I thanked him and told him what a good job he has been doing. I was proud of him. I knew he would be honest, he would look out for the people of Arkansas, and he wouldn't grandstand for political expediency, but search for practical, middle of the road solutions."

Martin portrayed Dunn as a quick-witted, good-humored and reliable friend. "You don't get many as loyal as David. He had a kind of loyalty that demonstrated how TRUE friendship transcends party politics," he said.

Dunn will be remembered for "his fierce loyalty to his friends, his family, his clients, his community," McDaniel said. "If you were his friend, he would charge hell with an ice bucket for you and never question it."

Few things made him happier or prouder, Moody said, than his wife, Lorri, and his four children: Sunni, Ross, Jack and Susie.

"He loved his family and he relished getting to talk about his kids. Any time he could brag on his kids, he took the opportunity," she said.

Kevin Lewey, former co-owner of the Forrest City Times-Herald and one of Dunn's lifelong friends, described Dunn as "a genuinely good guy" and a natural leader.

"He'd take the bull by the horns. When something needed to be done, he'd step up and do it," Lewey said.

Serving on the presidential commission was something that Dunn had relished, Lewey said.

Lewey saw it, framed and ready for display, when he visited Dunn's home on Saturday.

"He'd got it last week and it was sitting out, just leaned up against the couch," Lewey said. "He hadn't even hung it yet."